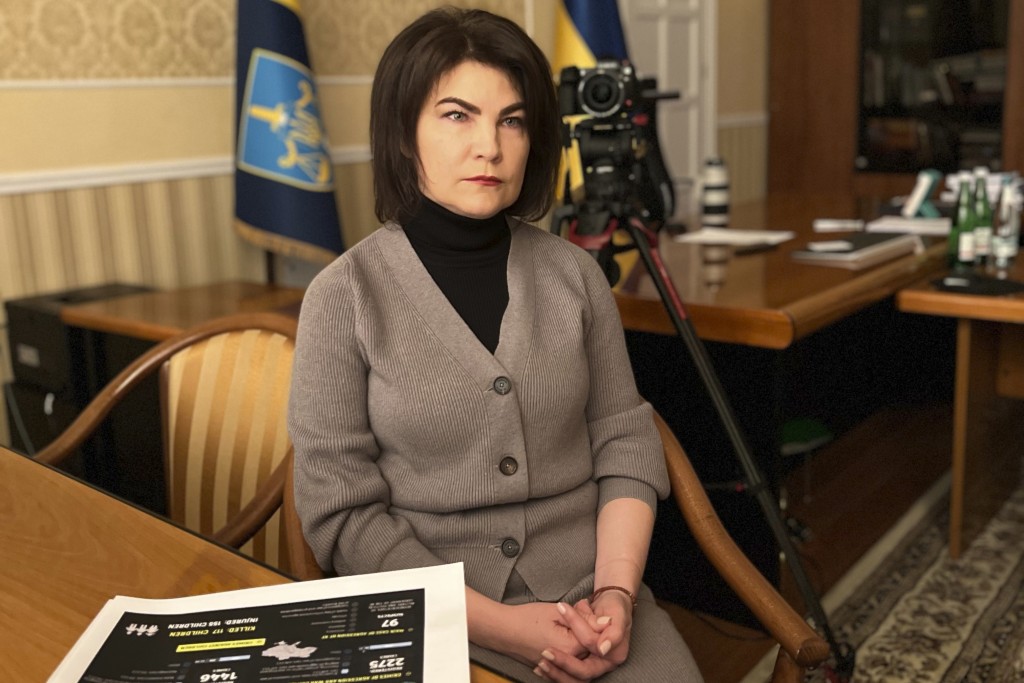 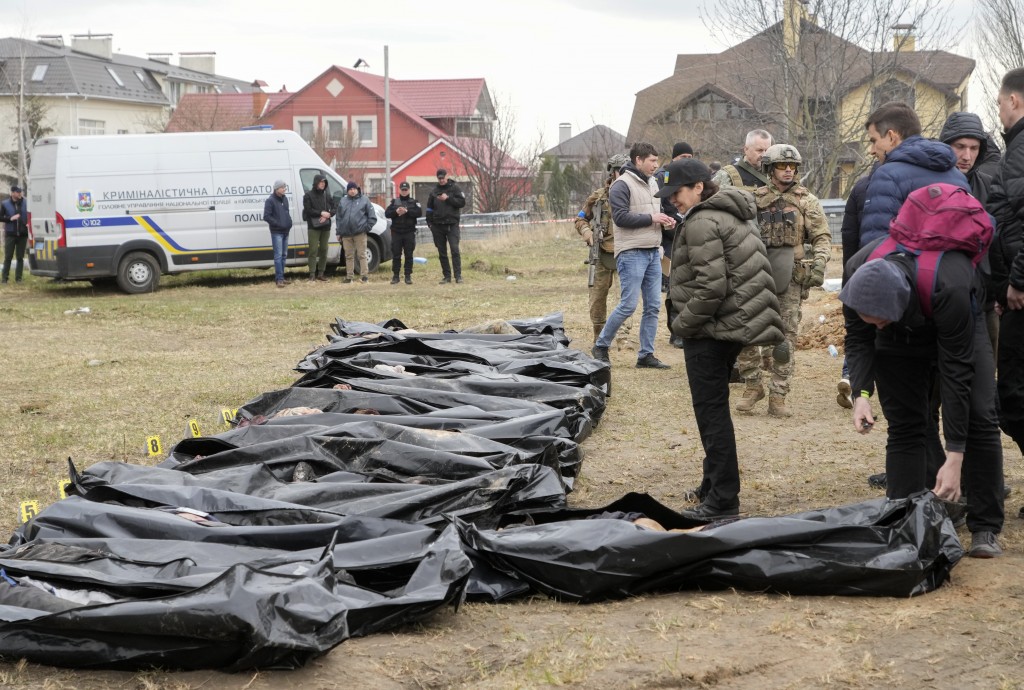 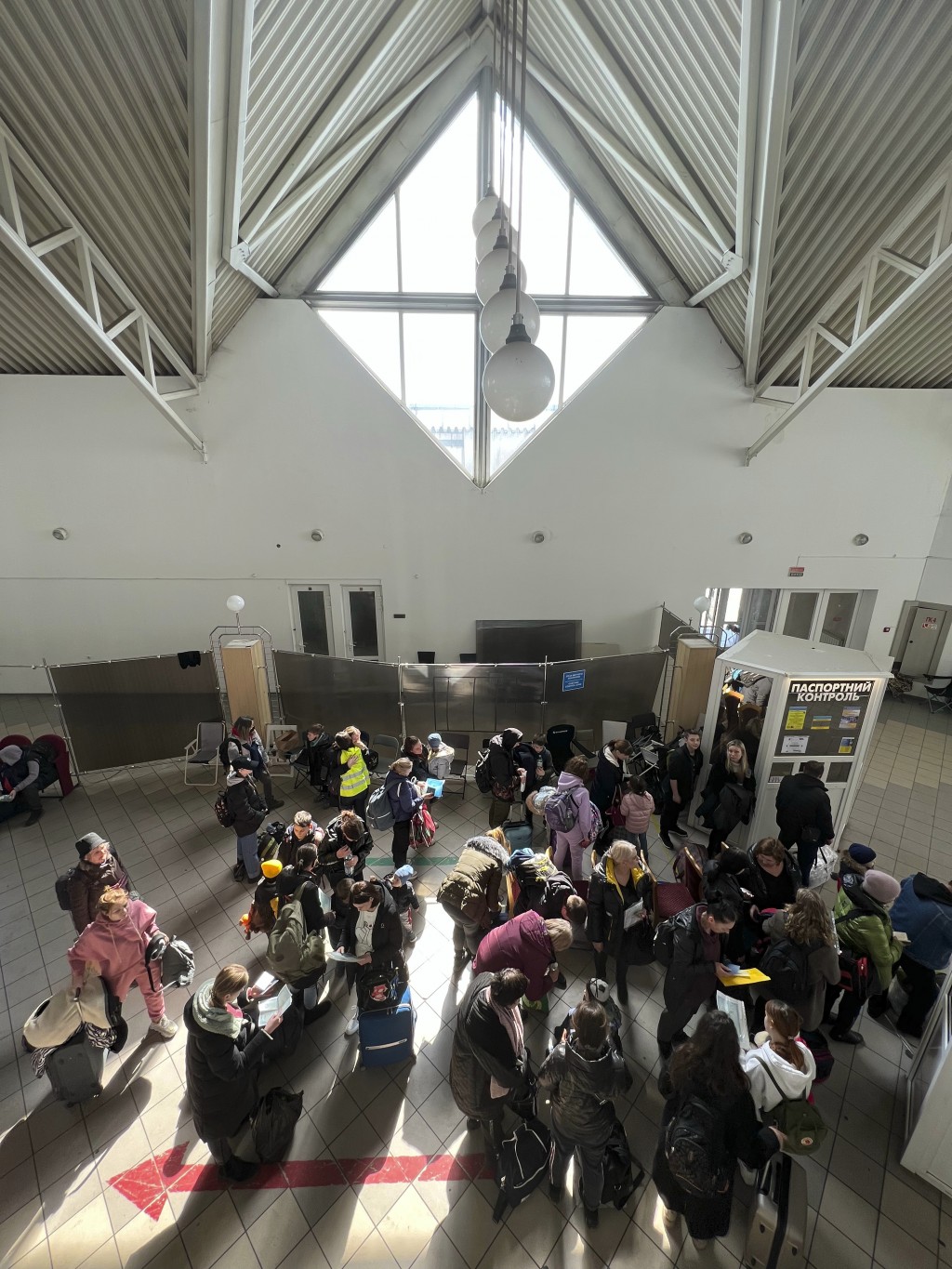 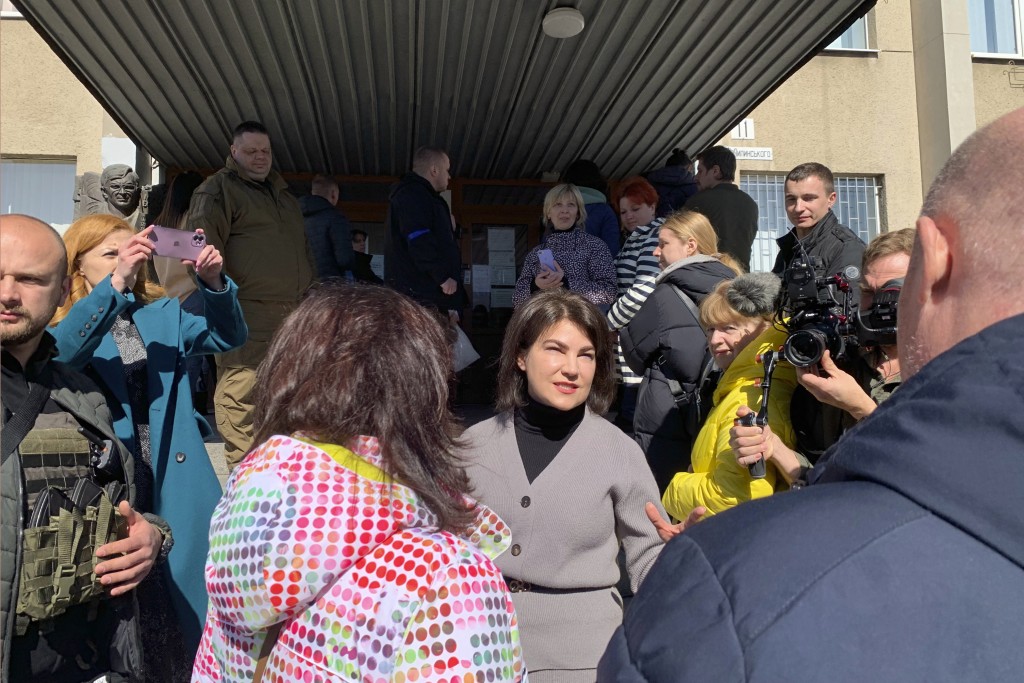 LVIV, Ukraine (AP) — For now, Iryna Venediktova has a single purpose: To make Vladimir Putin and his forces pay for their crimes in Ukraine.

While courts around the world are working to hold Russia accountable, the bulk of the investigation – and the largest number of prosecutions – will likely be done by Ukraine itself. And as Ukraine’s prosecutor general, Venediktova leads the effort.

For Venediktova, this is personal.

“I protect the public interest of Ukrainian citizens. And now I see that I can’t protect these dead kids,” she says. “And for me it’s pain.”

This story is part of an ongoing investigation from The Associated Press and Frontline that includes the War Crimes Watch Ukraine interactive experience and an upcoming documentary.

The first woman to serve as Ukraine’s prosecutor general, Venediktova speaks with steely resolve and occasional humor, and approaches her task with a relentless work ethic.

Venediktova, a 43-year-old former law professor, is on the move every few days, the jackets and dresses of her old life increasingly replaced by olive fatigues and a bulletproof vest. She takes meals hurriedly in the car or skips them entirely. She starts early, ends late.

Her office has already opened over 8,000 criminal investigations related to the war and identified over 500 suspects, including Russian ministers, military commanders and propagandists.

“The main functions of the law are to protect and to compensate. I hope that we can do it, because now it’s just beautiful words, no more rule of law,” Venediktova says. “It’s very beautiful words. I want them to work.”

Her days are spent talking with foreign officials and donors, seeking to coordinate efforts and garner support. But she also races from town to town, visiting refugee centers across the country and at border crossings where she has stationed prosecutors to collect the stories of Ukrainians and transform them into fact and evidence before they vanish.

Interviews can take hours. Bent over laptops, prosecutors wait out people’s tears to ask what the shelling sounded like, what kind of spray munitions made on impact. They ask what uniforms, what insignia soldiers wore. This is the raw material of accountability, the first link in a chain of responsibility Venediktova hopes to connect all the way to Russia’s leadership.

On a recent day, she visited the office in Lviv, Where Ala, 34, sits with prosecutors and explains how she’d lost her home. She doesn’t want her last name published because her 8-year-old daughter remains trapped in Russian-held territory.

Ala promises to return with a fragment from a mortar that destroyed her apartment in Vorzel, a town a few kilometers west of Bucha. She’d collected the metal, dense and grey in her hands, as a memento of what she’d survived. And as evidence.

“We need proof for them to be punished,” she says. “I am lucky. I am still here to talk about what happened to me.”

When President Volodymyr Zelenskyy appointed Venediktova, in March 2020, she inherited an office plagued by allegations of corruption and inefficiency and a legal code outside experts have said is badly in need of reform.

She has pitched herself as a reformer. Thousands of prosecutors have been fired for failing to meet standards of integrity and professionalism, and so she’s got an office that is not fully staffed preparing war crimes cases against what she predicts will be 1,000 defendants.

Venediktova has been building alliances with human rights groups – some of which have a history of antagonism with Ukrainian authorities -- and an often-distrustful public.

In March, a group of 16 Ukrainian civil society groups formed the 5AM Coalition to document potential war crimes. In addition to analyzing open-source material, they manage networks of trained monitors who gather evidence across the country to share with prosecutors.

They’re joined by researchers around the world, at places like the Centre for Information Resilience, Bellingcat and the International Partnership for Human Rights, who have been scouring the flood of social media postings to verify what happened and who is responsible.

Venediktova also has encouraged ordinary citizens to help by collecting information with their smartphones and submitting it online to warcrimes.gov.ua. Five weeks into the war there were over 6,000 submissions.

One of Venediktova’s priorities is to seize the money of war criminals and give it to victims. She will need cooperation from countries around the world where Russian suspects have stashed their wealth. Many countries can’t legally seize assets for a foreign court.

Ukraine is also crowdsourcing this global treasure hunt, with a portal in English, Russian and Ukrainian, where anyone can upload tips about assets.

There is, of course, an even bigger prize that lies just out of reach: Hundreds of billions of dollars of Russian assets frozen by the U.S., E.U., U.K., Switzerland and others. Maybe one day that too could be used to fund reconstruction and reparations in Ukraine.

Shortly before 9 p.m., Venediktova appears on national television, as she does most evenings. She reassures her people that guilt will be punished and suffering compensated.

“My first joy will be victory when we sell someone’s villa, yacht, and our ordinary Ukrainians, who were forced to flee their homes, will physically receive this compensation,” she says. “Thank you, good evening, see you soon.”