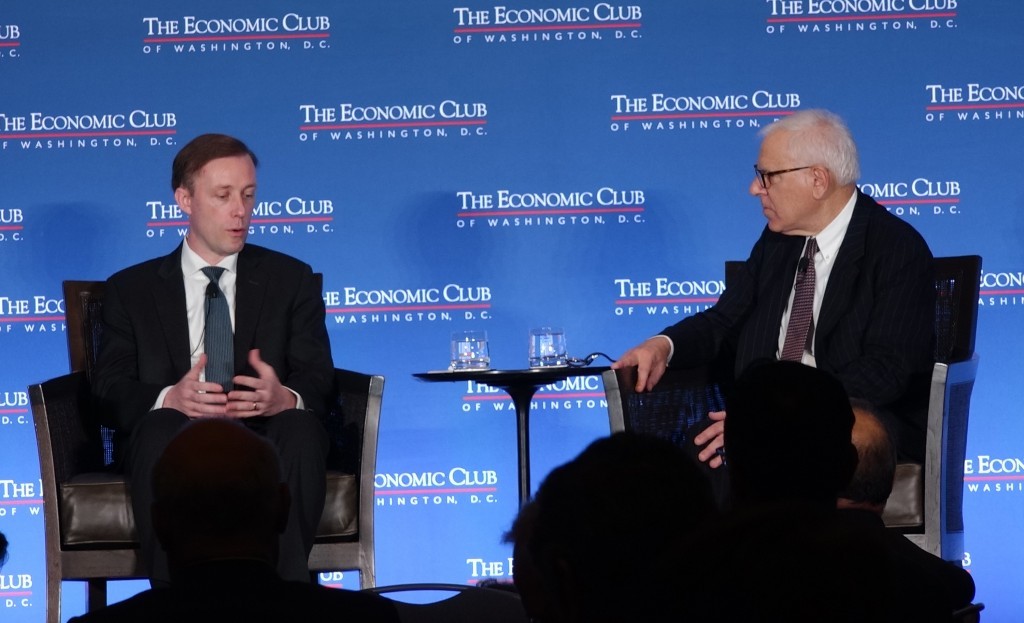 TAIPEI (Taiwan News) — U.S. National Security Advisor (NSA) Jake Sullivan on Thursday (April 14) said Taiwan is in a different situation to Ukraine and it is U.S. policy to ensure that a Chinese invasion of Taiwan does not occur.

Sullivan was a featured guest at a meeting of The Economic Club of Washington, D.C. hosted by the organization's president David Rubenstein. The discussion mainly revolved around Russia's invasion of Ukraine, but also touched on China's role in the Russo-Ukrainian war and cross-strait issues.

Rubenstein asked whether he was worried that China might consider invading Taiwan and whether the situation in Russia and Ukraine was similar to that in the Taiwan Strait. Sullivan said the Biden administration has expressed concerns about China "taking efforts to unilaterally change the status quo."

Sullivan said the White House believes that China is carefully monitoring the situation in Ukraine to learn lessons from the conflict, including how those could be applied to Taiwan. However, Sullivan stressed the "situation with Ukraine and the situation with Taiwan are not the same."

The security advisor then emphasized the U.S. relationship and security partnership with Taiwan is guided by the Taiwan Relations Act. Sullivan pointed out that over recent weeks, the Biden administration has consulted with allies and partners, including Europe, to say:

Rubenstein pressed further by asking if China were to invade Taiwan whether it was "official government policy that we will defend Taiwan?" Sullivan responded by saying the White House's policy is that "we are going to take every step we possibly can to ensure that never happens."