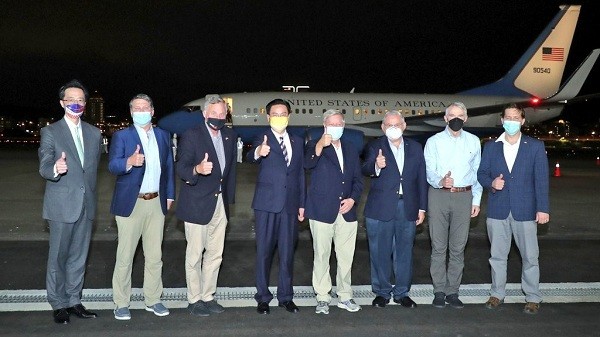 TAIPEI (Taiwan News) — A delegation including six members of U.S. Congress led by Senator Lindsey Graham, who serves as Ranking Member of the Senate Committee on the Budget, arrived at Songshan Airport at 7:40 p.m. on Thursday (April 14).

They were greeted by Minister of Foreign Affairs Joseph Wu (吳釗燮) at the airport. The delegation will meet with President Tsai Ing-wen (蔡英文) to discuss U.S.-Taiwan cooperation, the threat posed by China, and regional security, CNA reported.

In addition to meeting with Tsai and attending a banquet hosted by Wu, the delegation will stay in Taiwan on Thursday and Friday. During this time they will meet with Minister of National Defense Chiu Kuo-cheng (邱國正) and other government officials to discuss U.S.-Taiwan relations and other important topics. 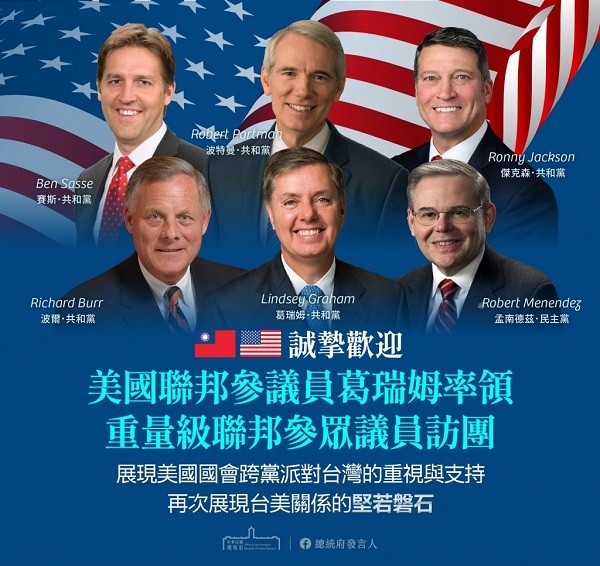