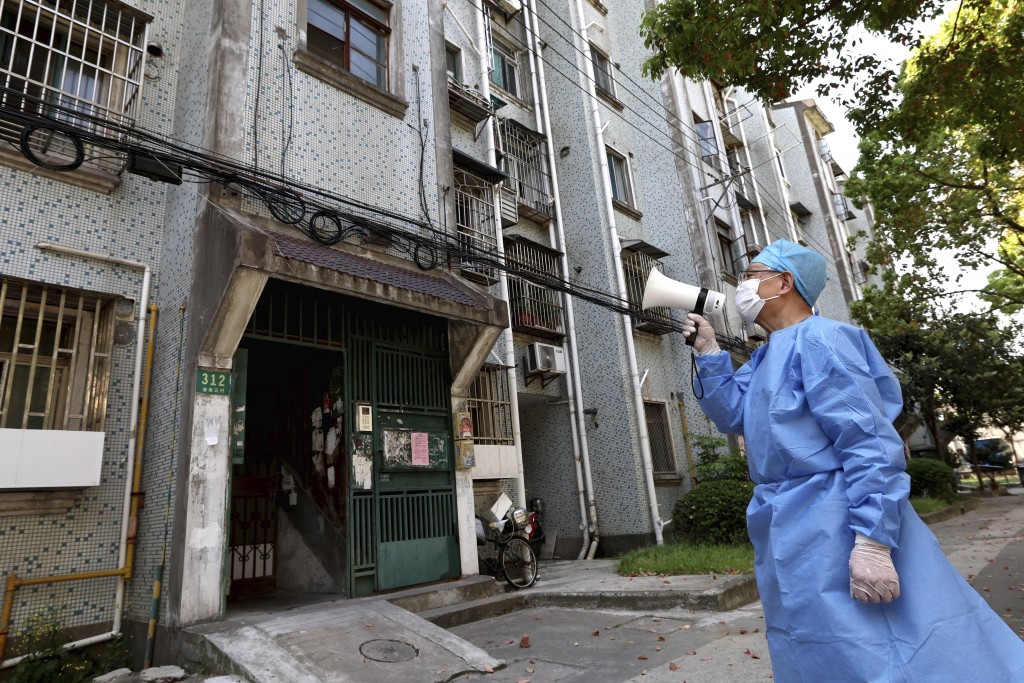 TAICHUNG (Taiwan News) — Predicting the fall of China’s Xi Jinping (習近平), or even more dramatically, the entire Chinese Communist Party (CCP), has been ongoing since the early years of the party and in Xi’s case, not long after he took the reins of power. Certainly, right now, their grip on power looks fairly solid.

When I lived in China in the early 2000s, the people I knew and met were mostly optimistic about their own future and China’s. Things were moving in a positive direction: the country was opening up, communications and media were slowly liberalizing, the party was interfering in their lives less, and the economy was booming.

Sure, there were things that they weren’t happy about, but people understood that they were in a period of transition from a much darker and impoverished past and that, all things considered, it was going relatively smoothly. Taiwanese had a similar outlook in the 1970s and 1980s.

But is this still true today? Is there still a sense in China that the future is bright or that the CCP is generally getting things right and moving the country in the right direction?

We don’t, and can’t, know for sure. China is a massive country, and there is no way to be certain what the majority of the 1.4 billion people there, of all sorts of backgrounds, viewpoints and circumstances, are thinking.

It’s not like we can conduct accurate polling or see what issues they’re voting on. Though it is impossible to gauge the full extent of the situation, there are signs that not all is well.

One phrase often comes up when discussing overturning an established order: Slowly, then suddenly. In other words, a long, slow burn of accumulating issues erupts into an out-of-control prairie fire, often sparked by the botched handling of a crisis or multiple crises.

There are two broad possibilities. One is that the slow burn hasn’t reached a critical point, and the people will more or less continue to have confidence in the CCP even in the face of multiple crises. That is very possible.

The other possibility is that those conditions do exist and, faced with multiple crises, the Chinese will lose faith in the party-state and take mass action against it. If they do, the possibilities range from a failed series of mass uprisings like Tiananmen that the party can eventually bring under control, the party itself fearing for its future and sacrificing Xi Jinping, or in the most extreme case, the CCP being overthrown entirely.

This piece examines some of the structural problems that could undermine confidence in the CCP’s abilities should a major crisis arise. The next piece will examine whether that slow-burn situation of popular discontent might already exist.

Finally, we’ll follow up with just some of the shockingly long list of potential massive crises that the CCP could be faced with in the very near future.

The regime rules through a boot heel and benefits approach, with the boot heels being repression, social control, and relentless propaganda. The primary “benefits” are pride in restoring “China’s glory,” rising incomes, and opportunities — though as the economy, income growth, and creation of new opportunities have been slowing, more social reforms have been implemented to further the sense that things are improving and the party is acting in their interests.

The CCP excels at the boot heel side of the equation and invests heavily in its massive internal security and surveillance infrastructure. It’s the benefits side where the party is far weaker.

But fundamentally, neither the boot heels nor benefits are of much use in a crisis if the entire structure has lost the confidence of the people.

This potentially huge vulnerability has already shown itself in the CCP’s bureaucratic inflexibility, ineptitude, and colossal failures in long-term planning. Ironically, these are the very things that the CCP portrays itself to the world as excelling at, in spite of considerable evidence to the contrary, as they make the case their system is better than “messy” democracies.

Examples of the party-state handling shocks poorly abound and include its responses to natural disasters; its ham-fisted response to the rise of the pandemic in Wuhan; its clumsy handling of the African Swine Flu, causing the cost of a primary food staple to spiral, and the totally avoidable mass power outages last fall.

Almost always, the pattern is the same. First, long-term planning fails to prepare for — or outright creates — an avoidable or otherwise manageable crisis.

As the crisis becomes clear, the initial response is confused and muddled, as no one is willing to take any risks or act outside the rule book. Finally, orders come down from on high, usually too late, and they are almost always brutal and extreme.

Last year’s power outages are a classic example of the many things that weigh on the minds of Chinese when considering the fitness of the regime that rules them. China had plenty of power infrastructure and availability of inputs like coal and natural gas — that wasn’t the problem.

To tackle safety and pollution, the government had ordered many small coal mines to close, which is of course probably a good thing. They had also invested heavily in solar power, so it sounded like good planning.

They compounded the supply problem, however, when they cut off coal imports from Australia to express political displeasure with the country after it had the temerity to suggest the origins of the pandemic in Wuhan be investigated. Apparently, no one had thought to add up all the effects of their various policies and actions on the coal supply.

But the problem ultimately wasn’t lack of supply.

Power is sold at a set state-mandated price, but by tightening supply sources abruptly and not considering the end result, the price to acquire coal of the right types for their power plants skyrocketed. This meant the price to create power became far higher than what was being paid to deliver it to customers, and the whole system began to break down as power companies faced financial disaster.

This created chaos across the country as people’s homes went unheated and unlit with winter approaching. Elevators froze between floors, streetlights went out on busy thoroughfares, and the industrial supply chain was thrown into disarray. In short, the crisis was created by poor long-term planning, bureaucratic inflexibility, and ineptitude in responding to the crisis until it was well underway.

This example, along with a string of recent similarly mishandled crises, exposed the fundamental problems of CCP governance. The question is: if this pattern continues, will the public continue to have confidence in the party?

And will the party continue to have confidence in Xi Jinping, or will Xi fail in his attempt to secure a third term as chairman at the 20th Communist Party Conference later this year?