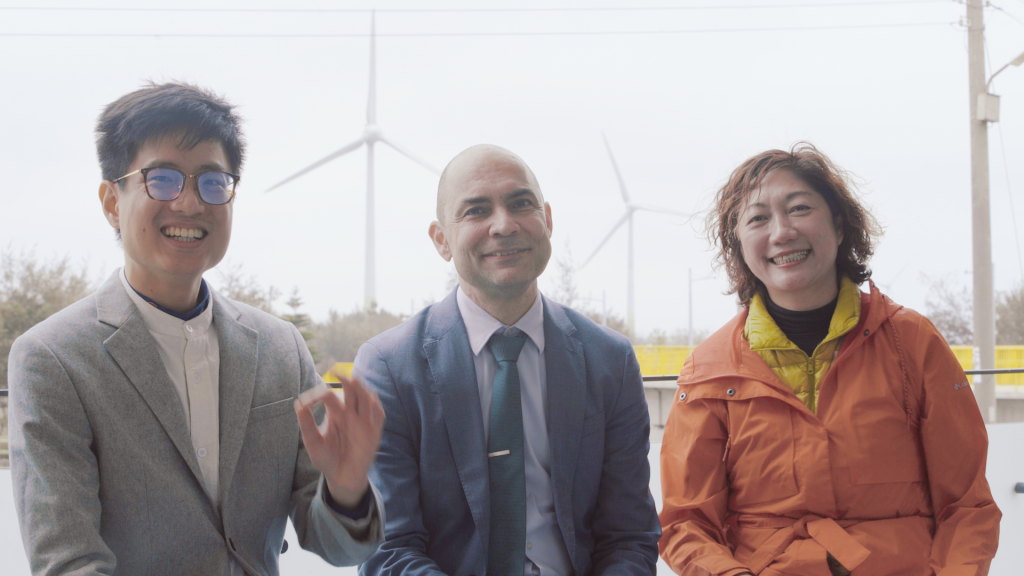 TAIPEI (Taiwan News) — As perceptions of and trends related to clean energy and sustainability change, Taiwan’s leading forces in onshore wind energy, ENERCON and WPD, hope to inform locals about the often-stigmatized technology.

In an exclusive interview with Taiwan News, ENERCON Taiwan Managing Director Bart Linssen and WPD Taiwan Public Affairs Senior Manager Joanne Lai (賴燕珍) shared the successes and struggles their companies have encountered during two decades of developing onshore wind energy in Taiwan. The two companies have worked together for over 20 years and are leaders in the field.

Linssen, who is from the Netherlands, said that 80% of all European wind energy comes from onshore wind turbines because they are much cheaper and easier to install. Every kilowatt-hour costs only NT$1-2 (US$0.03-0.06), which is half the cost of offshore wind energy and solar energy, he explained.

ENERCON and WPD have encountered major obstacles in their effort to promote onshore wind energy in Taiwan. Linssen said some controversies surrounding the technology are unheard of in Europe, including concerns about proximity, noise, and shadow flicker.

Most of the problems stem from unclear government policy, said Linssen. In Taiwan, it is very difficult for onshore wind energy and even solar energy developers to find and negotiate with local stakeholders, as there is no official definition of who the stakeholders are or how negotiations should be conducted.

“The rules are not clear,” Linssen said. “I don’t even believe that the government has to monitor the process per se, they just have to make sure that the process is in place.”

While in most parts of Europe there are no distance requirements for onshore wind turbines, there are specific noise limitations — which is not to say that wind turbines are noisy. When set in an environment filled with other ambient noises, the turbine may not be noticeable at all.

“If you don’t agree with something, no matter how much noise it makes or no matter how it looks, you will reject (it),” Linssen said. He referred to the sound of traffic and how it is accepted by the public because it is a necessary evil that facilitates everyday life in the modern world, adding that it is therefore important to make people understand what wind turbines do and how they contribute to the environment.

As for the issue of shadow flicker, defined by Energy Follower as "a visual effect caused when the sun casts a shadow of rotating wind turbine blades across a building," this is more prominent at high latitudes, as shadows tend to be longer there. Nonetheless, the problem itself is easily resolved — concerned residents simply need to tell wind turbine operators at what times they experience the effect, and the operators can turn off the turbine during that time.

A good way for communities and onshore wind turbines to coexist is for communities to pitch in and invest in wind farms, which will then generate rewards for them, Lai believes. Such a model promotes public engagement with the industry and positive relationships between operators and residents, he said.

Lai added that WPD makes dedicated efforts to promote environmental justice through its Environmental Education Center, which educates and interacts with students in the classroom and takes them on wind turbine tours. By working with young schoolchildren, Lai hopes to inspire “a different answer” to onshore wind turbines in the years to come.

“People will change, and people learn very fast, actually. As long as they (are willing) to change their mindset, things will change,” said Lai.