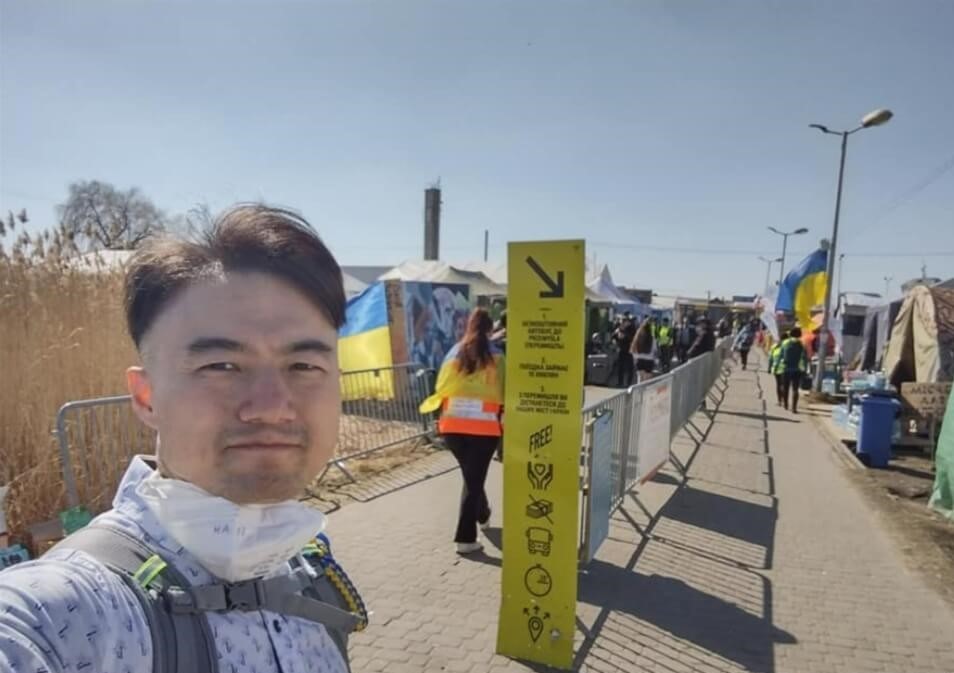 TAIPEI (Taiwan News) — A second Taiwanese man has signed up for the Ukrainian foreign legion.

Hailing from New Taipei City’s Shulin District, Wang Nan-ying (王楠穎) has been living in Ukraine for nearly eight years and considers the country his second home. He was living in Kharkiv and dreaming of starting a family and business when the Russian invasion turned him into a refugee overnight, CNA reported.

When the Ministry of Foreign Affairs was working to evacuate all Taiwan nationals from the Eastern European nation, Wang decided not to go back home. Instead, he became a volunteer, helping fellow refugees in Medyka, a Polish village near the Ukrainian border.

He filled out an application to join the International Legion of Territorial Defense of Ukraine two weeks ago and received an admission notice last weekend, per CNA. On April 7, he reported to the nearest military office to proceed with the enlistment process.

He later boarded a bus and went to a Ukrainian military camp to be interviewed.

“There is still too little being done outside of Ukraine,” he said. He said he hopes to assist Ukraine in post-war healing and reconstruction with his own expertise and experience in technology and construction.

Wang moved to Ukraine in 2015, and after obtaining a master's degree from the National Aviation University he was hired as a special assistant to the chief engineer of a Chinese-funded construction company undertaking Belt and Road Initiative projects such as solar power stations and wind farms.

"I hope Taiwan's interest in Ukraine is not temporary," Wang said, adding that he hopes the Taiwan government and charitable organizations can join forces to help in the reconstruction of the country after the war. Whether it be new bridges, roads, or schools, Ukrainians will surely appreciate the infrastructure Taiwan invests in, Wang said.

This would help build a bridge between the two countries and lead to substantive bilateral relations, he added.

An Indigenous man from the Amis tribe, Wang Jui-ti (王芮緹), signed up to fight in Ukraine's foreign legion on March 19. However, he was rejected for not having combat experience.