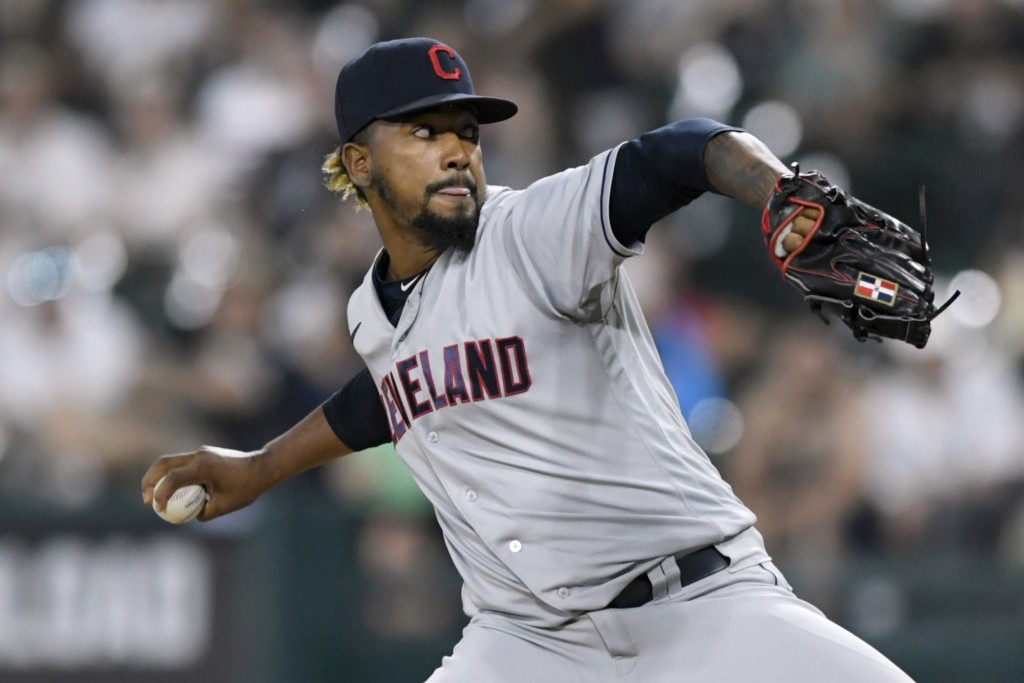 KANSAS CITY, Mo. (AP) — The Cleveland Guardians began opening day Thursday by making official a $20 million, five-year contract with Emmanuel Clase, ensuring one of the breakout stars of the rechristened club will be closing games for the foreseeable future.

The deal, which was agreed to over the weekend, includes club options for 2027 and 2028 worth $10 million each.

“I just want to thank God for this opportunity, but also to the Guardians for this opportunity, to become what I always wanted to be — that was a closer,” Clase said through a translator, shortly before Cleveland opened the season against the Royals. “This is a great way to secure my family and guarantee I will compete with this team for a long time.”

Clase missed the entirety of the COVID-19-shortened 2020 season after being suspended for the use of performance-enhancing drugs. But the 24-year-old closer was dominant in 71 appearances as a rookie last season, striking out 74 in just 69 2/3 innings while recording 24 saves with a paltry 1.29 ERA.

“We were really excited that we were able to reach an agreement with Emmanuel,” said Chris Antonetti, the Guardians' president of baseball operations. “We felt he established himself as one of the best relievers in baseball last year, and you know, he'll be a core part of our bullpen moving forward.”

The Guardians approached Clase about a deal last season, and talks were moving briskly forward when baseball's lockout hit. They resumed with a new collective-bargaining agreement, and Clase decided take the financial security of a long-term deal in exchange for his arbitration years and potentially his first two years of free agency.

“You know, to have a successful bullpen, we need a lot of arms out there that are capable of generating outs,” Antonetti said, “but to be able to have someone out there like Emmanuel and hopefully stabilize the back end is a really good starting point.”

The deal for Clase wasn't the only big swing the Guardians took in the run-up to opening day.

On Wednesday, the club agreed with All-Star third baseman Jose Ramirez on a $124 million, five-year contract, a person familiar with the deal told The Associated Press. The person spoke on condition of anonymity because it was not complete until Ramirez passed a physical and numerous other details were finalized.

The deal with Ramirez includes a full no-trade clause, the person told AP, and represents the biggest in team history, more than doubling the $60 million committed to slugger Edwin Encarnacion five years ago.

“We love Jose,” Antonetti said with a wry smile. “At this point in time, I can tell you that.”

The 29-year-old Ramirez, who was signed by Cleveland as a teenager from the Dominican Republic, has expressed his desire to finish his career with the club. Ramirez hit .266 with 36 homers and 103 RBIs last year, when he was chosen for his third All-Star team, and he's played at least 152 games in four of the past five 162-game big league seasons.

“We love Jose being the leader of our ballclub and love him representing us in any way – whether it’s at third, on the bases, in the batter’s box, as a teammate,” Guardians manager Terry Francona said. “He fills all the checks in the box. So needless to say, we’re pretty big fans of Jose.”

In other news Thursday, the Guardians placed outfielder Josh Naylor on the injured list as he works his way back from a fractured right leg. He was joined by catcher Luke Maile (right hamstring) and right-hander James Karinchak (back).