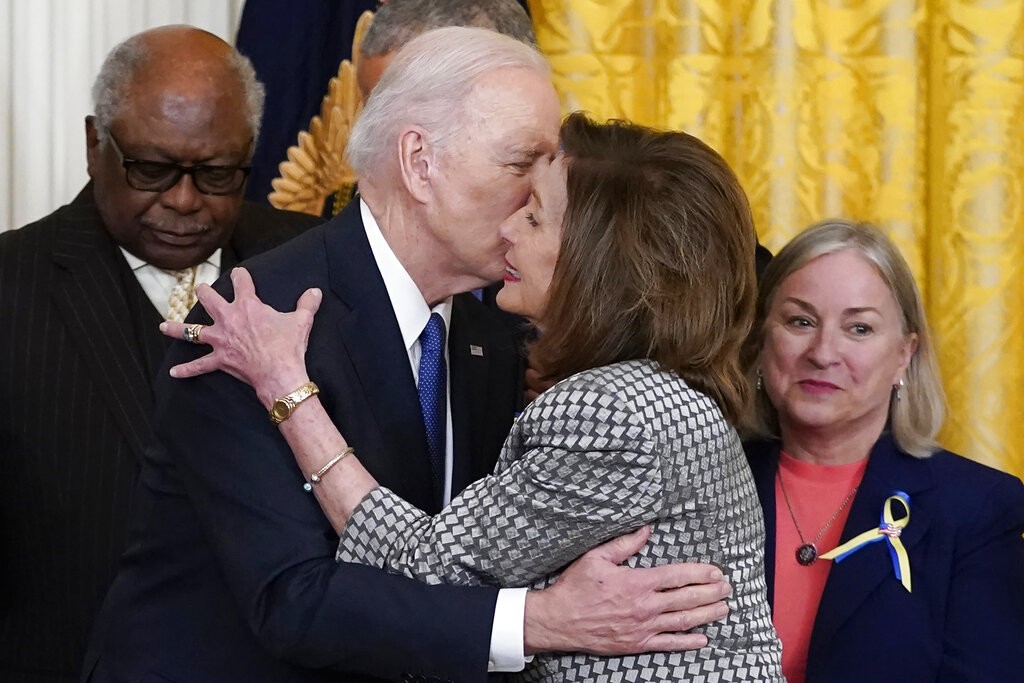 Pelosi received a positive test result for COVID-19 and is currently asymptomatic, her spokesman Drew Hammill said Thursday in a tweet. He said she had tested negative earlier in the week.

“The Speaker is fully vaccinated and boosted, and is thankful for the robust protection the vaccine has provided,” Hammill said.

Pelosi will “quarantine consistent with CDC guidance, and encourages everyone to get vaccinated, boosted and test regularly,” he said.

The 82-year-old Democratic leader’s announcement came ahead of her weekly press appearance on Capitol Hill, which was abruptly called off. The House is set to start a two week spring recess.

Pelosi also postponed a planned congressional delegation trip to Asia she was scheduled to lead.

Washington has experienced a rush of new COVID-19 cases as restrictions have lifted and more events and gatherings are happening across Washington, D.C.

On Wednesday, Attorney General Merrick Garland and Commerce Secretary Gina Raimondo announced positive tests. The officials were among more than a dozen attendees of the Saturday night Gridiron Club dinner to test positive for the virus. Pelosi did not attend the dinner, her spokesman said.

Washington D.C. Mayor Muriel Bowser also announced Thursday that she tested positive for COVID-19 and would “work at home while following isolation protocols.”

Several lawmakers have announced positive test results and are isolating.

The Capitol reopened last week to some public tours for the first time since it was shuttered two years ago with the onset of the pandemic.