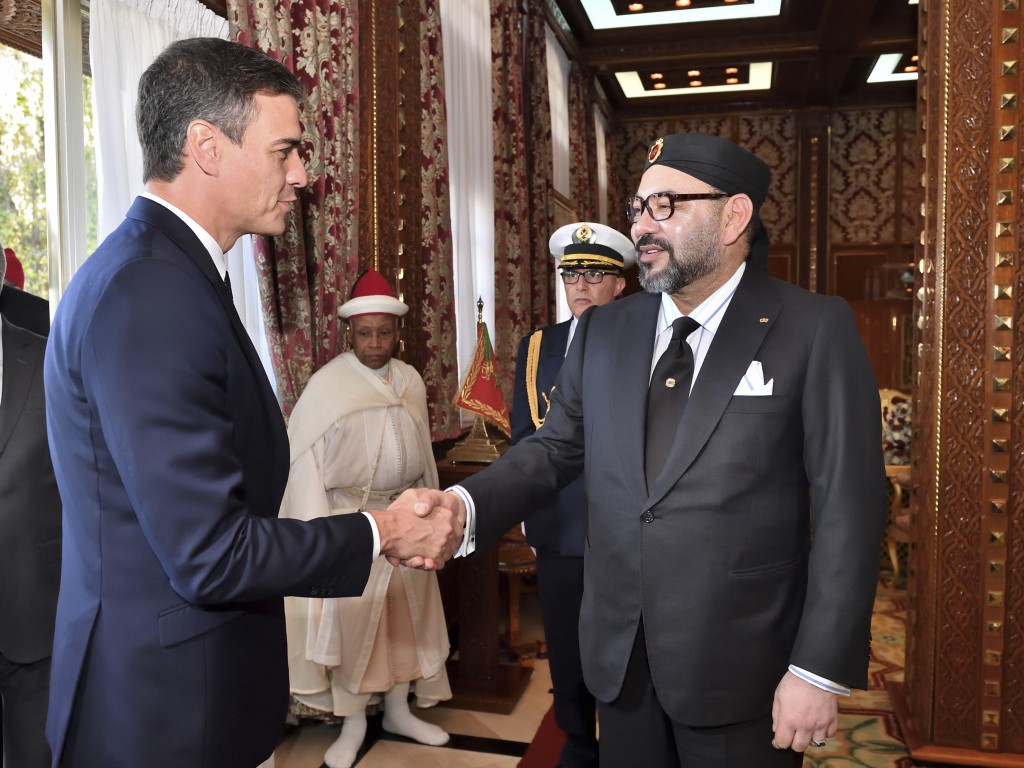 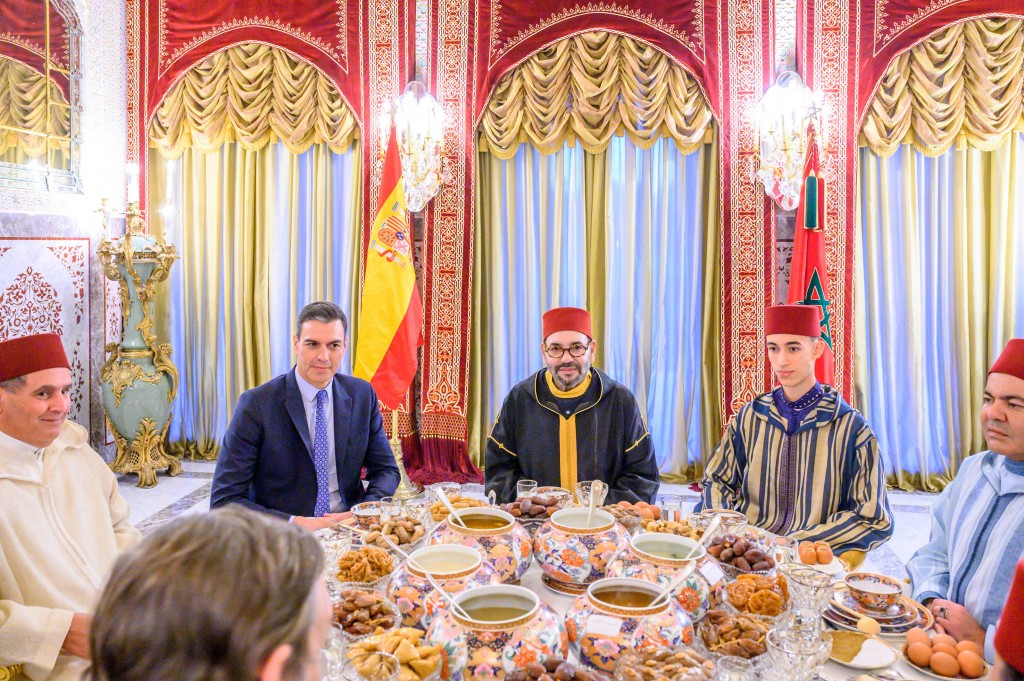 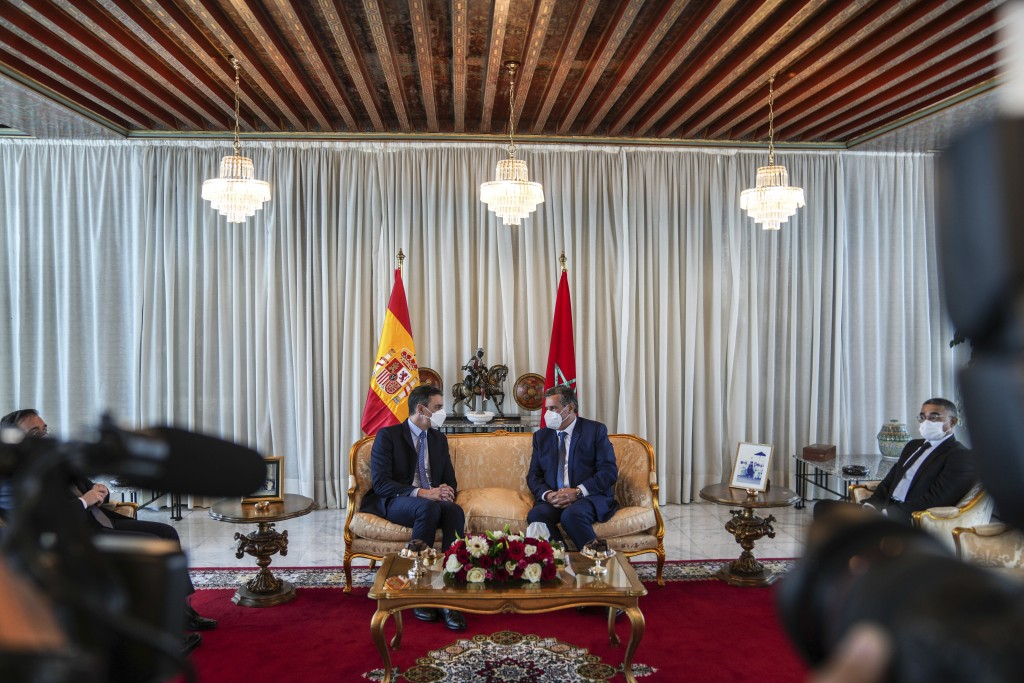 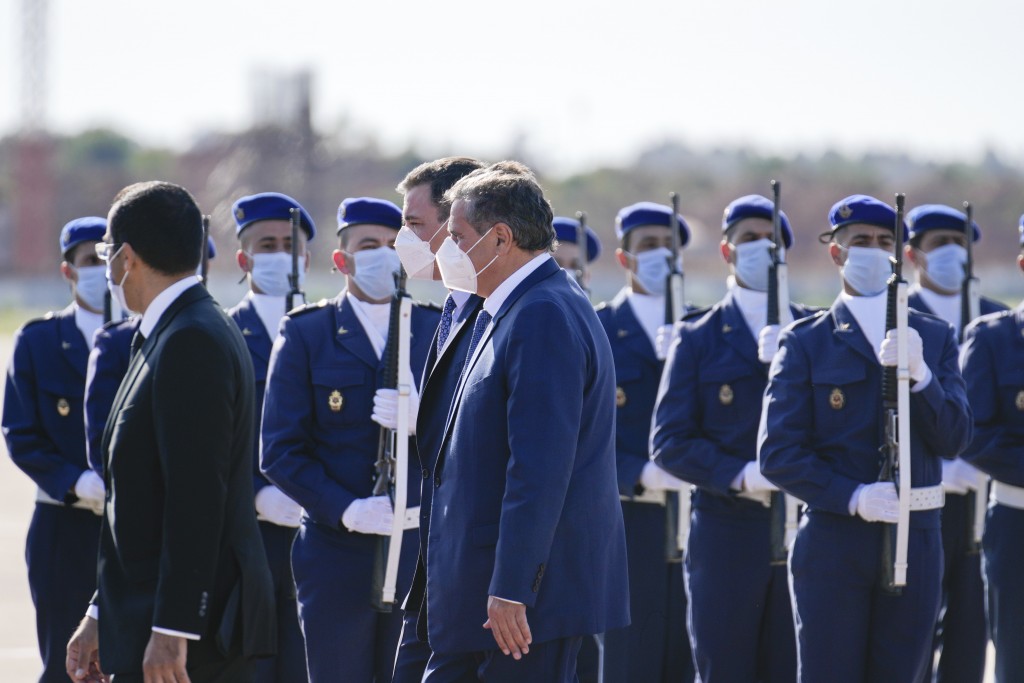 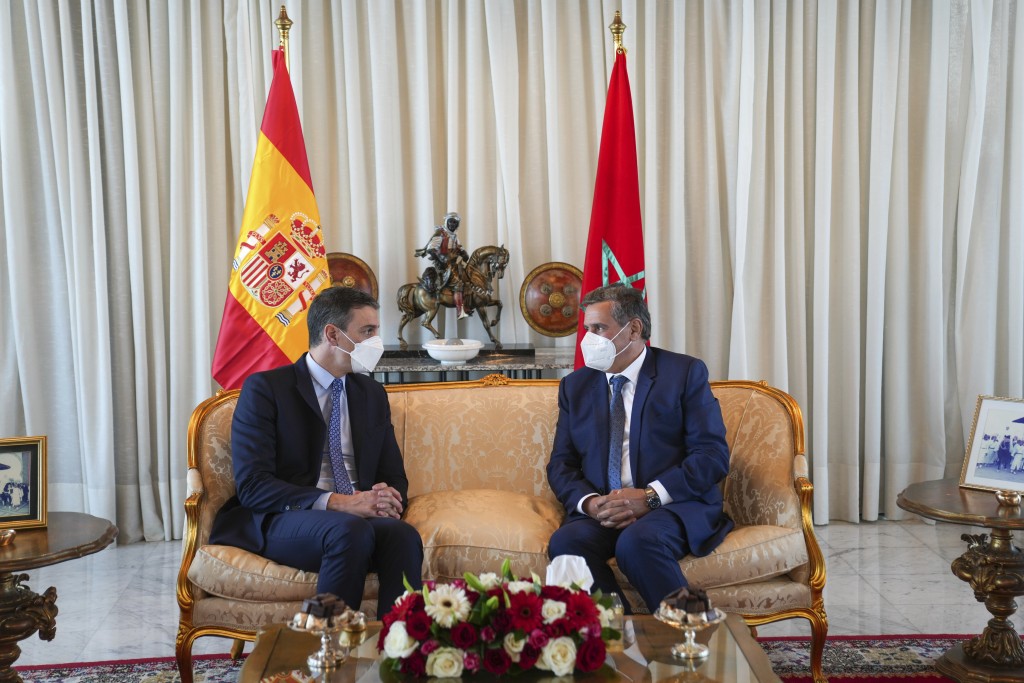 “Today is an important day for Spain and Morocco because we initiate a new phase of bilateral relations,” Sánchez said after meeting with the King before they shared, along with family members, the Iftar meal to break the day’s fast during the Muslim holy month of Ramadan.

Relations between the two countries separated by the Strait of Gibraltar were severely frayed last April. Morocco was angered by Spain allowing the leader of the pro-independence movement for Western Sahara to receive medical treatment for COVID-19 at a Spanish hospital on request by Morocco's neighbor Algeria, an ally of pro-independence Sahrawis.

Morocco responded by loosening its border controls around Spain’s North Africa enclave of Ceuta, provoking the unauthorized crossing of thousands of young Moroccans and migrants from other African countries.

The mood did not improve until last month, when Sánchez took the surprising decision that angered many of his political allies back home to alter Spain’s long-standing position on Western Sahara, a former Spanish colony that’s largely barren but rich in phosphates and faces fertile fishing grounds in the Atlantic Ocean. Morocco annexed it in 1976.

In a letter to King Mohammed, Sánchez backed Morocco’s plan to give more autonomy to Western Sahara as long as it remains unquestionably under Moroccan grip.

Morocco, in turn, sent back its ambassador to Spain 10 months after she was recalled.

After their meeting on Thursday, King Mohammed’s Royal Office issued a statement saying Sánchez “reaffirmed the position of Spain on the Sahara issue, considering the Moroccan autonomy initiative as the most serious, realistic and credible basis for resolving the dispute.”

The Royal Office added that the leaders “agreed in particular to implement concrete actions in the framework of a roadmap covering all areas of the partnership, integrating all issues of common interest.”

Facing immense political pressure back in Spain for the policy change regarding Western Sahara, Sánchez needed to show some real gains from the meeting. He emerged with a commitment by Morocco to “progressively” reopen the frontiers with Ceuta and its sister enclave, Melilla, which had been closed since the start of the pandemic starting at a date to be determined. Maritime traffic of ferries that carry hundreds of thousands of travelers from Europe to visit family in Northern Africa at holidays will also be reinitiated, Sánchez said.

The Spanish leader said that both governments agreed to hold another meeting of high-level officials before the end of the year.

Morocco has grown in strategic importance to Spain over the past decade. Rabat is considered critical both in the fight against radical jihadi groups as well as in holding back increasing numbers of African migrants who want to reach Europe as they flee violence and poverty.

Sánchez and Spanish Foreign Minister José Albares have insisted that Spain continues to support the resolution of the Western Sahara question via a United Nations-backed referendum.

But the drive to appease Morocco has earned Sánchez sharp criticism both in Madrid and in Algiers.

His Socialist Party on Thursday lost a parliamentary motion backed by all the other parties, including the junior member in the government coalition, condemning the tilt toward Rabat. Its political opponents accuse Sánchez of having betrayed the Sahrawi people while getting nothing tangible in return from Morocco.

“Morocco has achieved one of its permanent demands in foreign policy, but I don't think my country has received anything in exchange," said Alberto Núñez Feijóo, the conservative leader of the main opposition party, after meeting with the primer minister ahead of the trip to Rabat and calling the government's move “inadmissible” and a U-turn on 40 years of diplomacy.

Potentially even more problematic for Sánchez is the damage to relations with Algeria, which has recalled its ambassador to Spain in a sign of its continued support for the Western Sahara independence movement. Spain, while having a relatively low dependence on fossil fuel imports compared to other European Union countries, receives natural gas from Algeria via a pipeline and tankers carrying liquified natural gas.

Laurence Thieux, professor of Islamic Studies at the Autonomous University of Madrid, said that she was surprised by the “scant consideration of Algeria in the decision” by Spain to tilt toward Morocco in the Western Sahara dispute.

“I have the feeling that Spain’s government, like many other European governments, is managing crises that force them to take short-term decisions,” Thieux said. “From the other shore (of the Mediterranean) there is a different sense of time because they are authoritarian governments that have perspectives that stretch beyond the next election.”