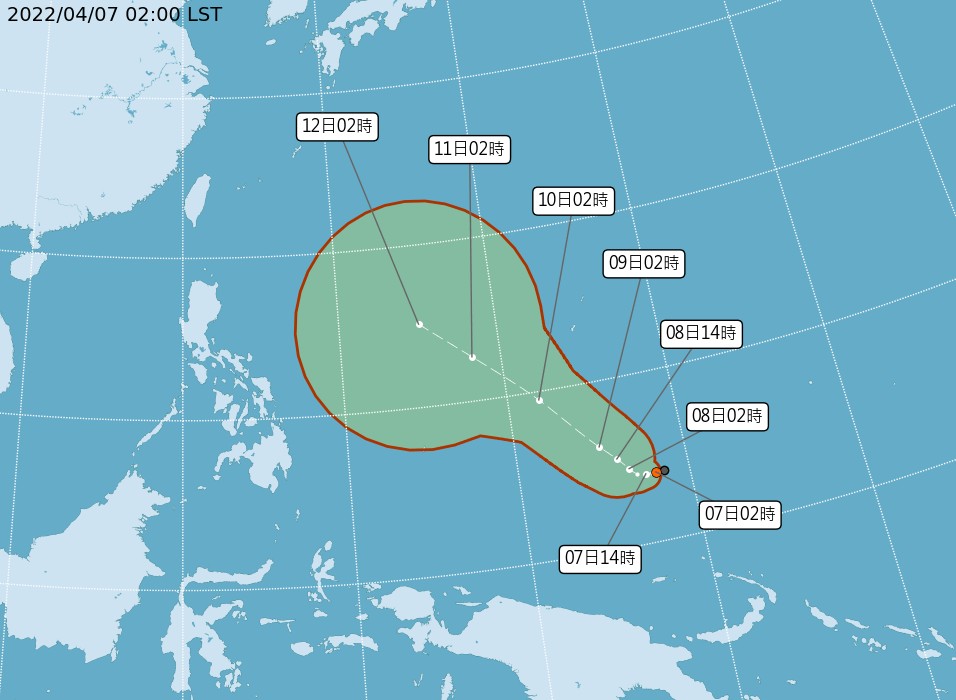 TAIPEI (Taiwan News) — A tropical depression to the southeast of Taiwan is expected to become the first tropical storm of the year Thursday evening (April 7), but it is not predicted to impact the country directly.

Meteorologist Daniel Wu (吳德榮) said that according to the latest forecast map from the Central Weather Bureau (CWB), a tropical depression south of Guam will strengthen into Tropical Storm Malakas (馬勒卡). Wu said the CWB's predicted path for the storm over the coming five days is similar to the European Centre for Medium-Range Weather Forecasts (ECMWF) model, showing that it will gradually slow down, be guided by a "westerly wind belt," and turn to the east.

Wu explained that in April, the areas around Taiwan are often occupied by middle- and high-level "westerly wind belts," making the chance of an April typhoon directly impacting Taiwan very low. However, Wu said that whether Malakas will have an indirect impact on Taiwan's weather depends on the eventual proximity of the tropical storm, and more observation is needed. 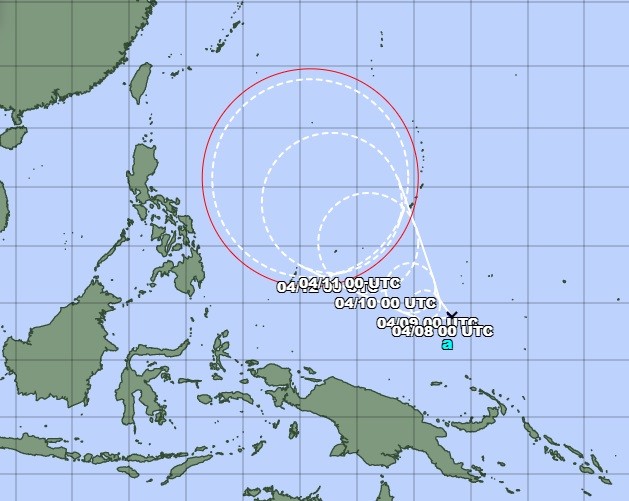 As for the weather in Taiwan, Wu said that based on the latest ECMWF model, northeasterly winds will be slightly stronger today. The north coast and mountainous areas of northern Taiwan will see a slight increase in cloud cover and scattered light rain, while the central and southern regions will see clear skies and stable weather.

East Taiwan will see occasional, short-lived rains. The north will see mild temperatures, while the south will see balmy weather, with large diurnal temperature fluctuations across the country.

Wu says the latest model shows that from Friday through Wednesday (April 8-13), the west coast will see clear skies and stable weather, and the east coast will experience localized, intermittent rainfall. Temperatures will gradually rise across the nation day by day.

Starting on the weekend, highs in the north will exceed 30 degrees Celsius and climb above 32 C in central and southern Taiwan.