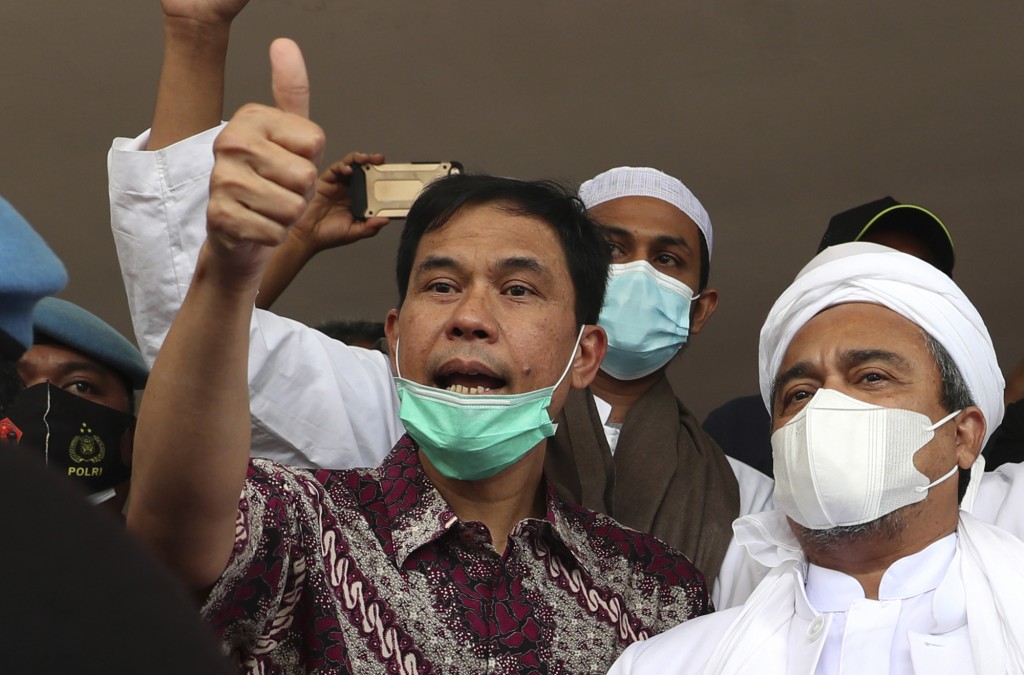 JAKARTA, Indonesia (AP) — A former Indonesian human rights lawyer who joined an Islamic hard-line group was sentenced to three years in prison on Wednesday on charges of incitement with the aim to establish a caliphate in a secular country.

The three-judge panel at East Jakarta District Court found Munarman guilty of hiding information from authorities about militants pledging allegiance to the Islamic State group in January 2015 in Makassar, the capital of South Sulawesi province, and instead “giving a speech inciting people to carry out terrorism acts.”

“The defendant does not support the government’s program in eradicating terrorism,” the presiding judge said in the ruling.

Munarman, 53, who goes by a single name, was the general secretary of the now-banned Islam Defenders Front, widely known by the Indonesian acronym FPI, which has a long record of vandalizing nightspots, hurling stones at Western embassies and attacking rival religious groups. It wants Islamic Shariah law to apply to Indonesia’s 230 million Muslims.

The judges ordered the time he had already served to be deducted from his sentence.

Munarman was a former activist and human rights lawyer before joining FPI. He represented the group’s leader, Rizieq Shihab, an influential cleric who was sentenced to four years in prison last year.

Munarman was sentenced to 18 months in prison in 2008 after his group attacked a religious event in Jakarta’s National Monument park that left dozens of participants injured.

During the trial, which began in December, Munarman denied any wrongdoing and said he was the victim of political persecution in an attempt to silence his criticism of the government. He denied that FPI had supported the Islamic State group.

Police said they obtained videos showing Munarman pledging allegiance to the IS. He told the court he couldn't avoid it because he was an invited guest at an event.

Both Munarman and the prosecutors, who had sought an eight-year prison term for him, said they would appeal Wednesday’s verdict.

The government banned FPI in December 2020, saying it had no legal grounds to operate as a civil organization and that its activities often violated the law and caused public disorder.

Indonesia has been battling militancy since the al-Qaida-linked group Jemaah Islamiyah carried out bombings on the resort island of Bali in 2002 that killed 202 people, mostly foreign tourists. Attacks aimed at foreigners have been largely replaced in recent years by smaller, less deadly strikes targeting the government, police, anti-terrorism forces and people considered by militants to be infidels.