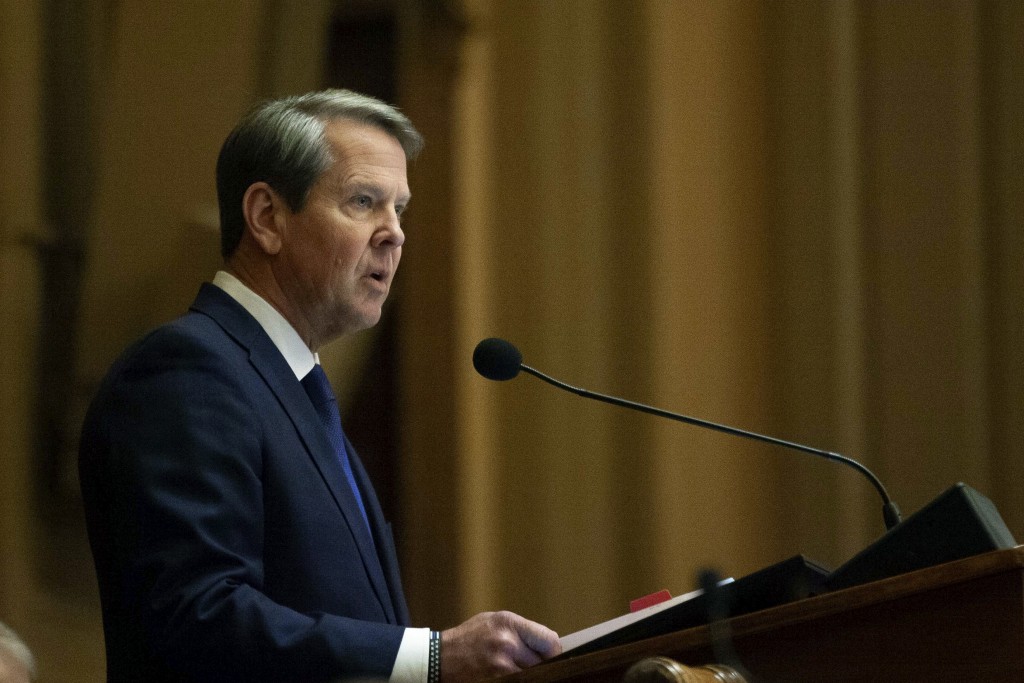 ATLANTA (AP) — A Georgia law enforcement agency would have the authority to initiate investigations of election crimes under the latest voting regulation approved by the Republican-controlled state Legislature after former President Donald Trump made repeated, false claims of widespread voter fraud.

Over the objections of Democrats, Republicans in the state House and Senate voted on Monday to give the Georgia Bureau of Investigation authority to start probes of alleged election wrongdoing without a request from an outside official. The alleged violation would have to be significant enough to create doubt about the outcome of an election, and the agency would have the power to issue subpoenas for election documents.

The secretary of state’s office is currently responsible for investigating alleged election violations. The GBI would provide an additional, separate layer of scrutiny.

The measure — passed on the last day of the session — still requires Republican Gov. Brian Kemp's signature to become law. Katie Byrd, a spokeswoman for the governor, said Tuesday that Kemp's office was reviewing all legislation passed by the General Assembly.

Democrats and voting rights advocates said the additional authority for the GBI would intimidate voters and election workers.

“It will not only be used against your voters, but could also be used against organizations and those county election board officials or their workers,” State Rep. Jasmine Clark, a Democrat from Lilburn, said on the House floor. "Again, they already have a hard enough time getting poll workers, and now you want to sic the GBI on them. What are we doing here?”

House Speaker David Ralston, a Republican from Blue Ridge, said the GBI authority was not a partisan reaction to the 2020 election.

“It was a good government measure to be sure that we have competent, professional, thorough investigators," Ralston said. "GBI is the best there is in the state.”

GOP officials have continued to try to satisfy the millions of voters in their party who believe Trump’s false claim that voter fraud cost him reelection in 2020. Lawmakers in Florida have also approved a police force to pursue election crimes, a proposal pushed by Republican Gov. Ron DeSantis.

Federal and state election officials and Trump’s own attorney general have said there is no credible evidence the election was tainted. The former president’s allegations of fraud were also roundly rejected by courts, including by judges Trump appointed.

The Georgia measure comes a year after the state's General Assembly rewrote election laws to reduce the time to request an absentee ballot, strip power from Secretary of State Brad Raffensperger and severely roll back the pandemic-driven expansion of absentee ballot drop boxes. It was one of the first and highest-profile voting laws passed by Republican-controlled legislatures after Trump's defeat.

Republicans said Georgia’s 2021 law was necessary to restore confidence in the state’s election system. Democrats decried it as an effort to block Democratic-leaning citizens from voting.

Georgia lawmakers this year also considered allowing people to inspect paper ballots after an election and imposing new chain-of-custody requirements for handling ballots, but those measures were vehemently opposed by some county election administrators and did not advance.