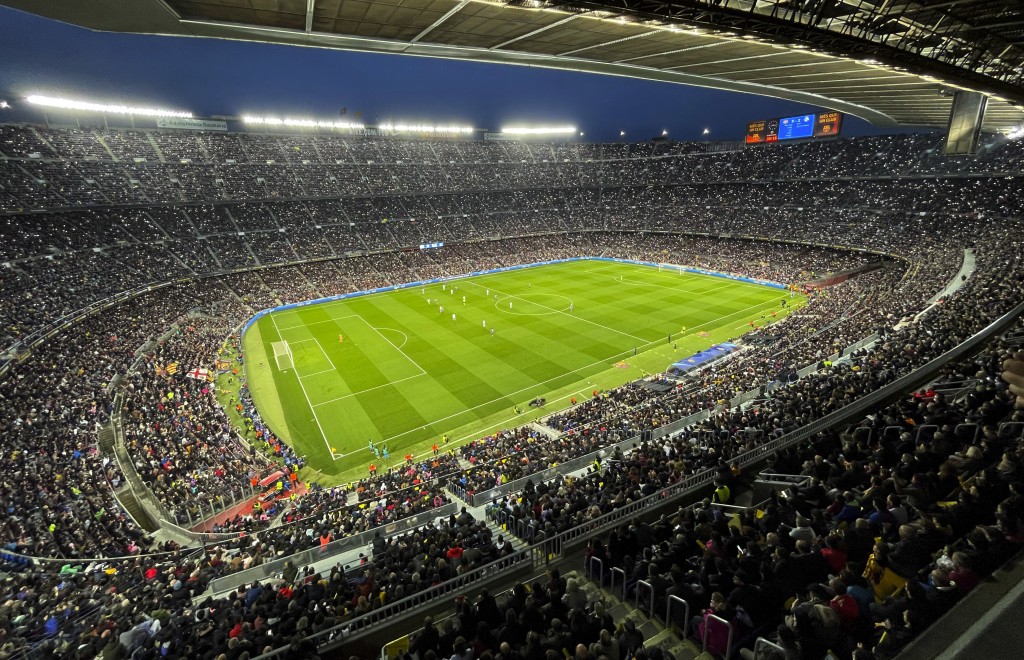 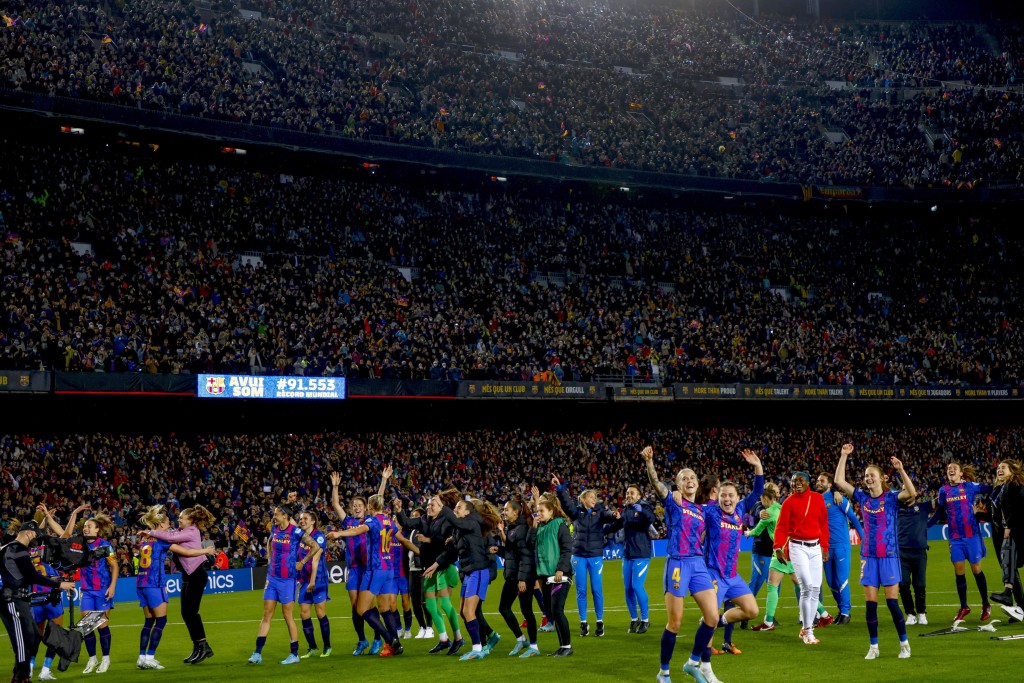 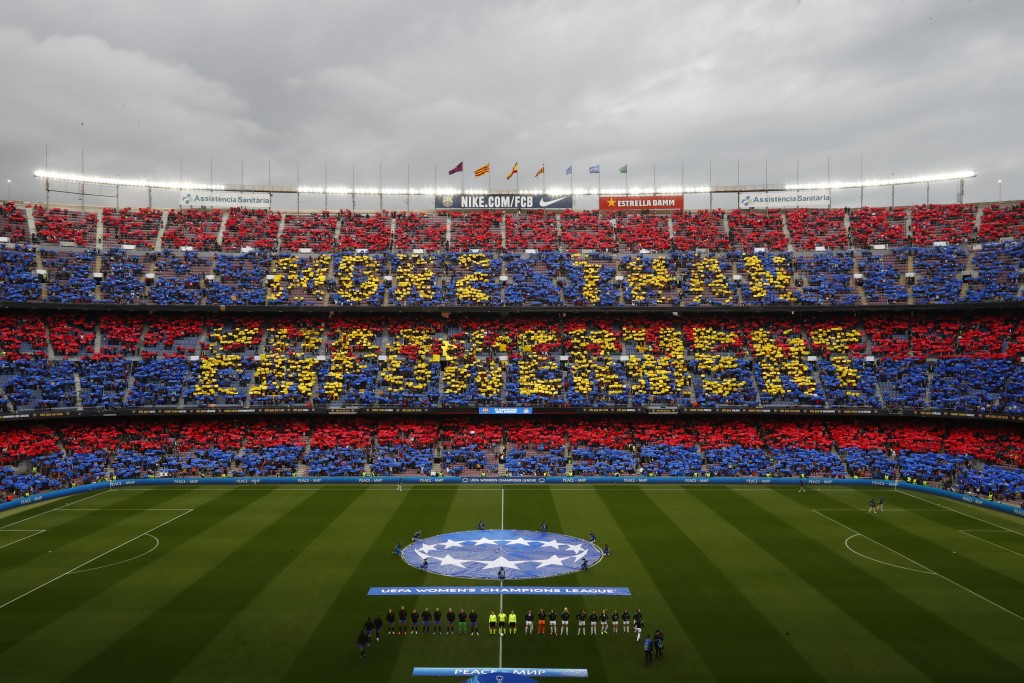 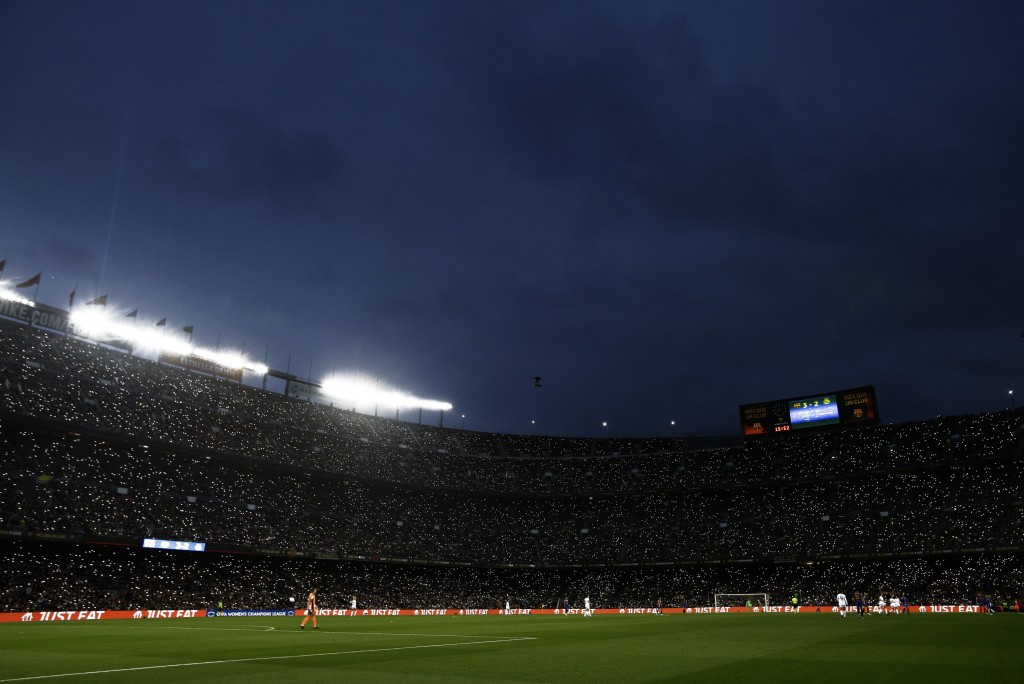 BARCELONA, Spain (AP) — There could be another world-record crowd on hand to watch Barcelona's semifinal in the women's Champions League as the club announced Tuesday that all tickets for the match against Wolfsburg at the Camp Nou Stadium were picked up in just over 24 hours.

A crowd of 91,553 watched Barcelona defeat Real Madrid in the quarterfinals last month at the Camp Nou, the biggest attendance ever for a women's soccer match.

The previous record for any women’s game had been 90,185 for the 1999 World Cup final between the United States and China at the Rose Bowl in California.

Barcelona said the 50,000 free tickets made available to club members were all picked up Monday, and those sold to the general public were gone by Tuesday afternoon.

The club said it still has some tickets that UEFA regulations stipulate must be reserved for certain groups, “but depending how many more seats can be released, more should be available in the build-up to the match” on April 22.

The club did not specify the exact number of tickets sold so far. More than 70,000 tickets had been allocated beforehand to see Barcelona’s women play the “clásico” against Madrid.

Lyon and Paris Saint-Germain will play in the other semifinal.

The women's Champions League final will be in Turin on May 21.