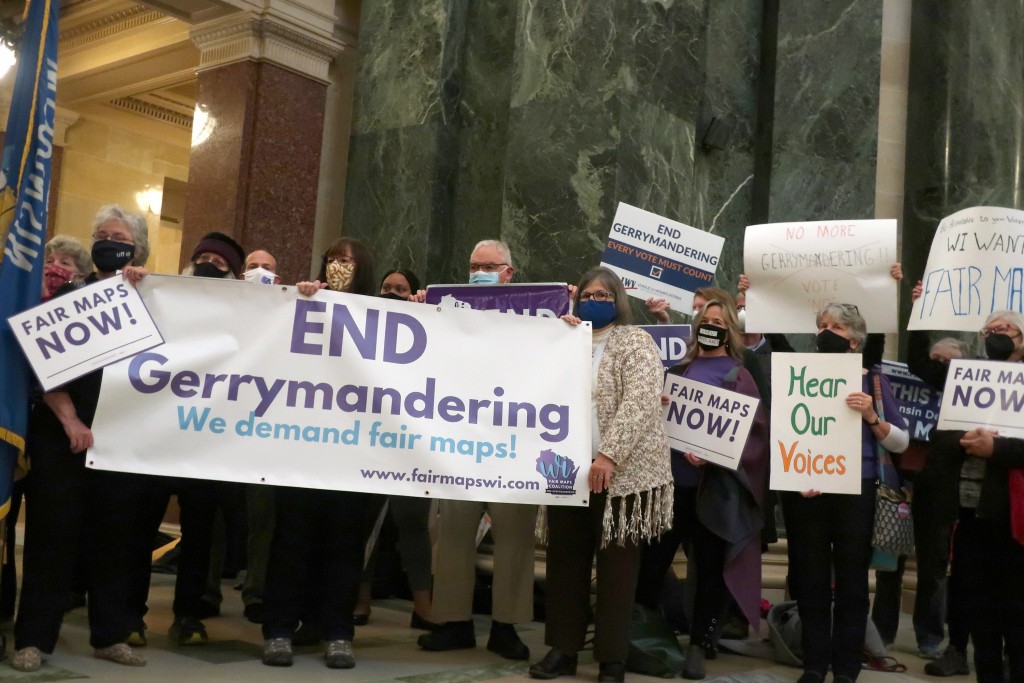 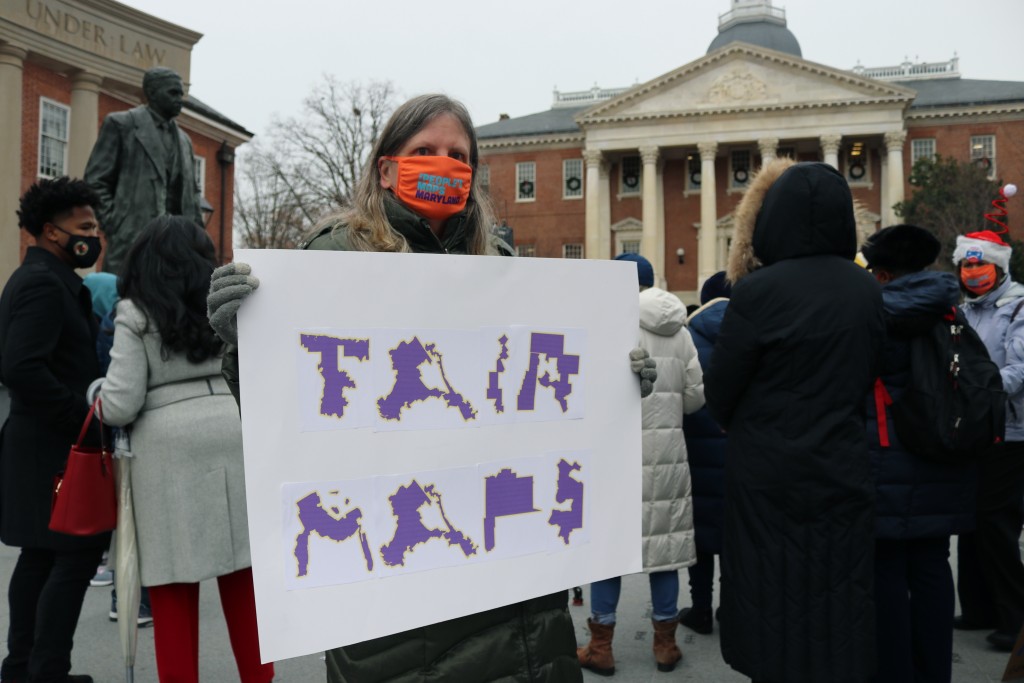 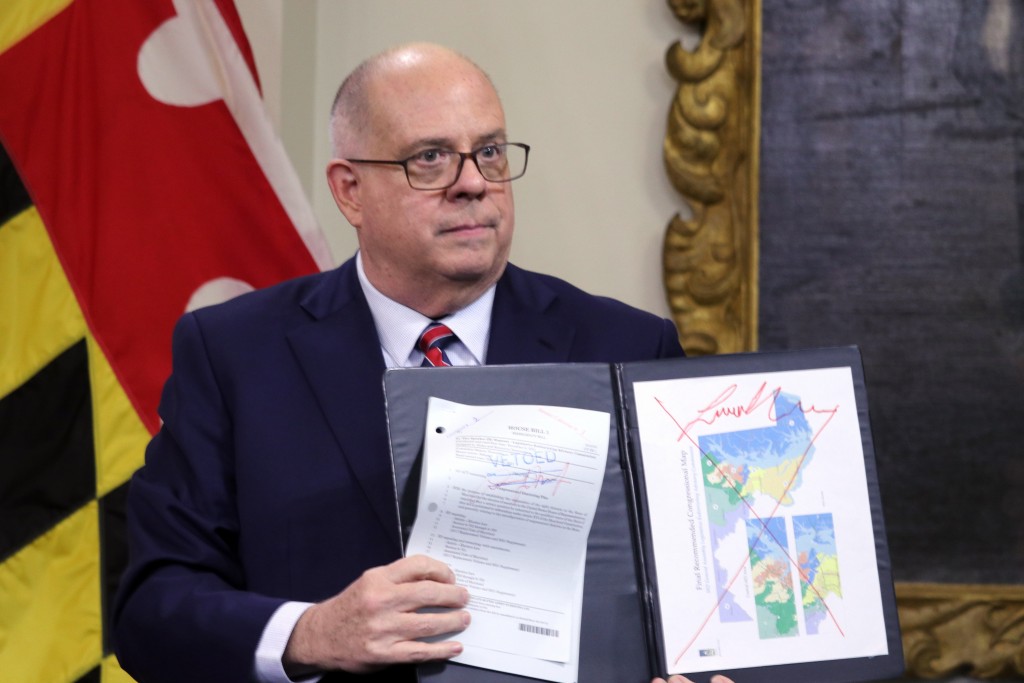 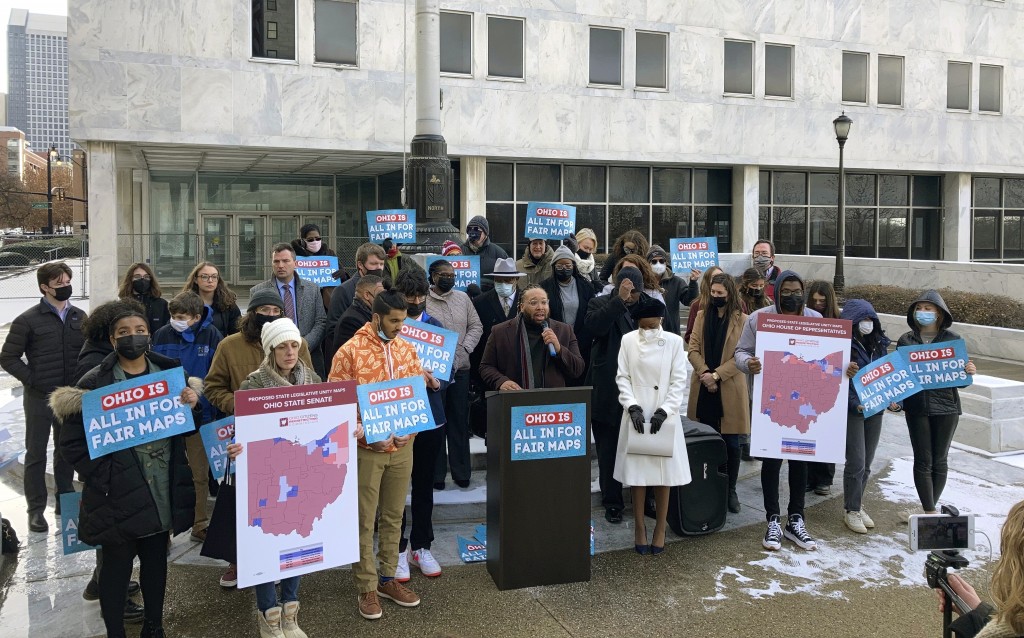 Campaigns for Congress are underway for this year's elections, but lingering disagreements over the final shape of new voting districts have left some candidates — and would-be candidates — in limbo.

A few states have yet to enact new congressional districts following the 2020 census, thanks to legal challenges or party infighting.

“If you have maps struck down, or you have uncertainty, there can be a burden on individual voters," said Ben Williams, a program principal for elections and redistricting at the National Conference of State Legislatures.

Still, he said it was fairly normal to have redistricting battles lasting into April in a handful of states.

Redistricting matters politically because it provides parties who control the process an opportunity to shape districts to their advantage. That could be particularly consequential in this year's midterm elections, as Democrats seek to defend a slim U.S. House majority against expected Republican gains.

A look at some states still dealing with redistricting issues:

STATES THAT HAVE YET TO ADOPT NEW DISTRICTS

A delay in receiving Census Bureau data due to coronavirus complications caused many states to get a late start on redistricting. But internal Republican political divisions have had more to do with why a few states still haven't adopted new U.S. House districts.

Florida Gov. Ron DeSantis, a Republican who is a potential 2024 presidential candidate, vetoed the redistricting maps passed by the GOP-led Legislature. DeSantis is pushing his own plan, which could give Republicans a shot at winning more seats than the legislative proposals and could result in two Black Democratic members of Congress losing their seats.

The Florida Legislature is to convene April 19 in a special session to take up redistricting again.

New Hampshire Gov. Chris Sununu, a Republican, also has pledged to veto the congressional map passed by the GOP-led Legislature. Sununu is pushing a plan that would make both of the state's two districts competitive. The Legislature's plan would tilt one district toward Republicans while solidifying the Democrats' advantage in the other.

Missouri is the only state where a new congressional map has yet to be either enacted or passed. The large Republican majorities in the state House and Senate are at odds over how aggressively to draw districts in the GOP's favor and over which communities to split while equalizing district populations.

Lawsuits in all three states have asked courts to step into the stalemates and adopt new maps.

STATES WHERE COURTS HAVE OVERTURNED MAPS

New York recently became the latest state where a court struck down a congressional map drawn by state lawmakers — in this case, by Democrats who control the Legislature.

The Democrats' map would give them a strong majority of voters in 22 of the state's 26 congressional seats on this year's ballot while potentially costing Republicans four seats. A court invalided the map last week and gave New York officials until April 11 to submit new districts.

But on Monday, an appeals judge put a temporary hold on the lower court ruling. A hearing is set for Thursday on whether to continue that hold.

A Maryland judge also recently struck down a congressional map that had been enacted by that state's Democratic-led General Assembly, calling it a "product of extreme partisan gerrymandering.” But the General Assembly quickly passed a revised map, which Republican Gov. Larry Hogan signed Monday.

The new Maryland districts are more compact than the map originally enacted by Democrats, which could have given them a shot at sweeping all eight of the state's districts.

Courts previously blocked Republican-passed congressional maps in North Carolina and Ohio. The North Carolina Supreme Court later allowed districts drawn by court-appointed experts to be implemented for this year's elections. The state's primary was pushed back from March to mid-May.

The Ohio Supreme Court has yet to rule on whether a replacement congressional map enacted by a Republican-dominated panel is constitutional. Early voting for the May 3 primary starts Tuesday.

Several states face legal challenges that could extend past this year's elections.

A court panel ruled earlier this year that Alabama's Republican-led Legislature likely violated the federal Voting Rights Act by not creating a second district in which Black voters comprise close to a majority. But the U.S. Supreme Court put a hold on an order to redo those districts, allowing the May 24 primary to proceed under the Republican-passed map.

A federal judge in Georgia also allowed that state's Republican-drawn congressional districts to remain in place for this year's elections, even though he said plaintiffs appeared likely to prove in an ongoing lawsuit that certain aspects of the map violate the federal Voting Rights Act.

Lawsuits alleging that new districts unlawfully dilute the influence of minority voters also have been filed in other states, including Arkansas, South Carolina and Texas.

A coalition of civil rights groups has sued, alleging the Louisiana map dilutes the political power of Black voters.

Although much attention is focused on congressional redistricting, uncertainty also remains for the voting districts used by some state House, Assembly or Senate chambers.

In Ohio, for example, primary elections for state House and Senate seats have been delayed because no set of district boundaries has been settled on long enough to be used for making ballots.

A group of Republican voters had asked a federal court to force the state to use one of three sets of legislative maps approved by a GOP-led commission but rejected by the state Supreme Court. The panel of federal judges refused to do so. Because of the uncertainty, Secretary of State Frank LaRose has said the legislative primaries will have to be delayed from May until August.

Wisconsin has a new congressional map in place but not new state Assembly and Senate districts.

The U.S. Supreme Court last month overturned state legislative districts that had been enacted by that state's high court after the governor and lawmakers failed to agree on maps. Republicans had complained that the court's map — favored by Democratic Gov. Tony Evers — shifted too many people among districts to try to increase the number of districts with a majority of Black and Hispanic voters. That case is now back in the hands of the Wisconsin Supreme Court.