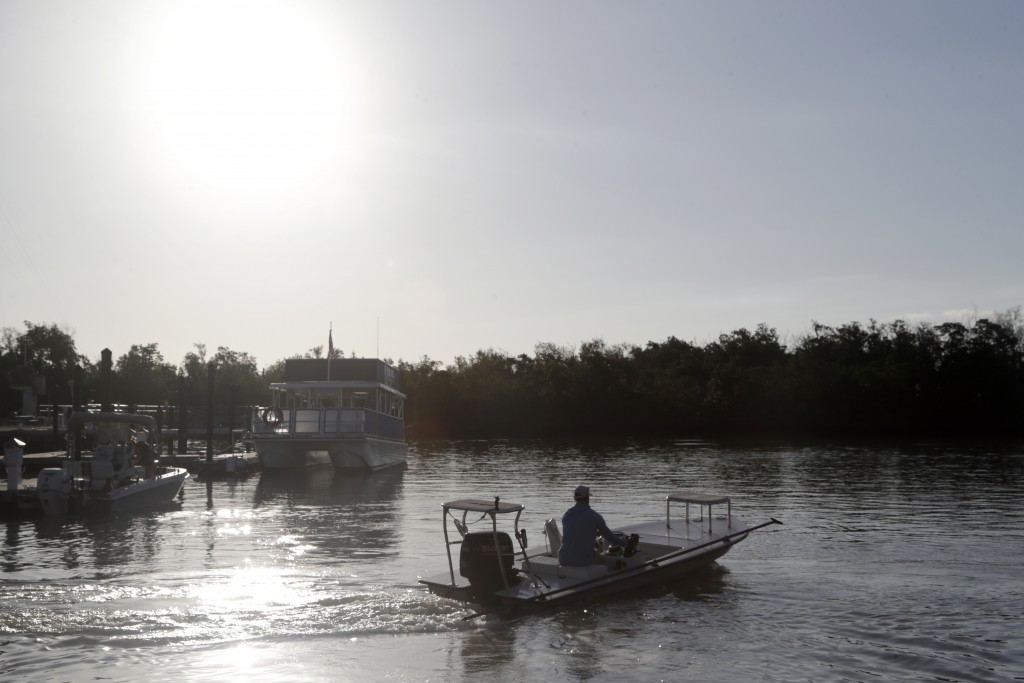 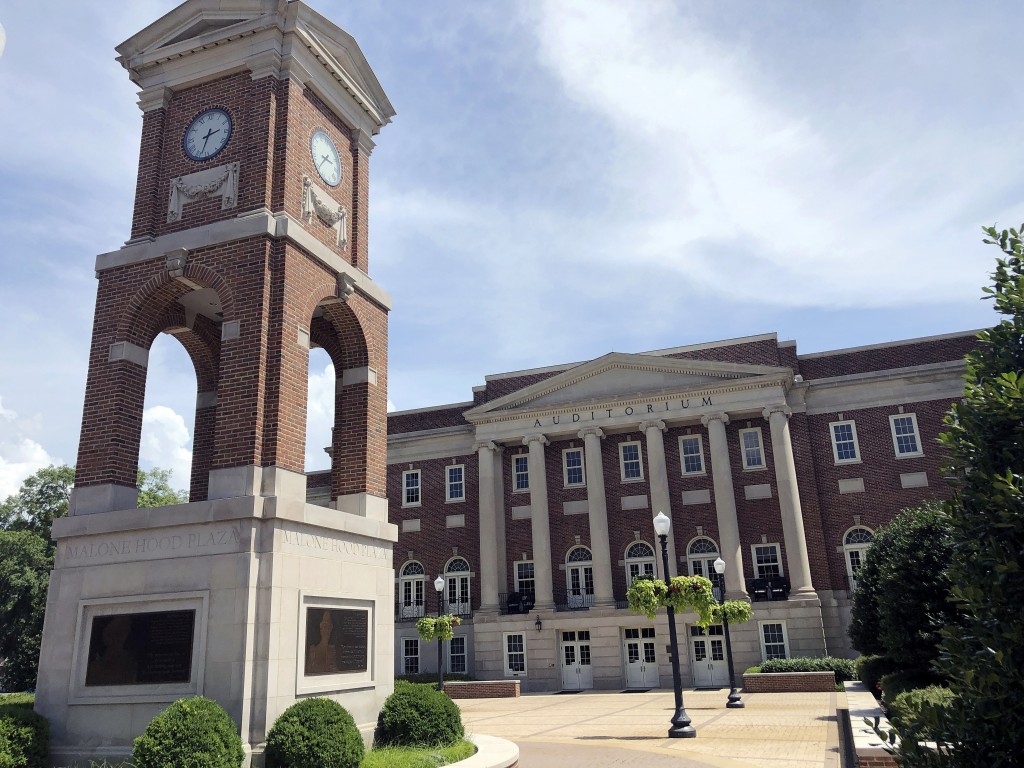 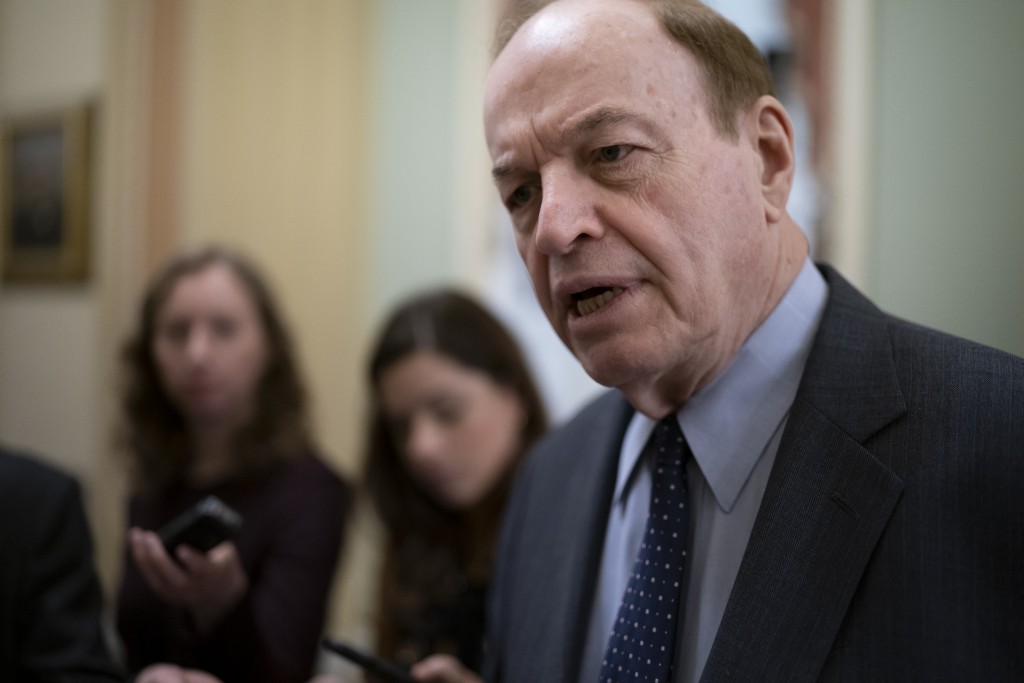 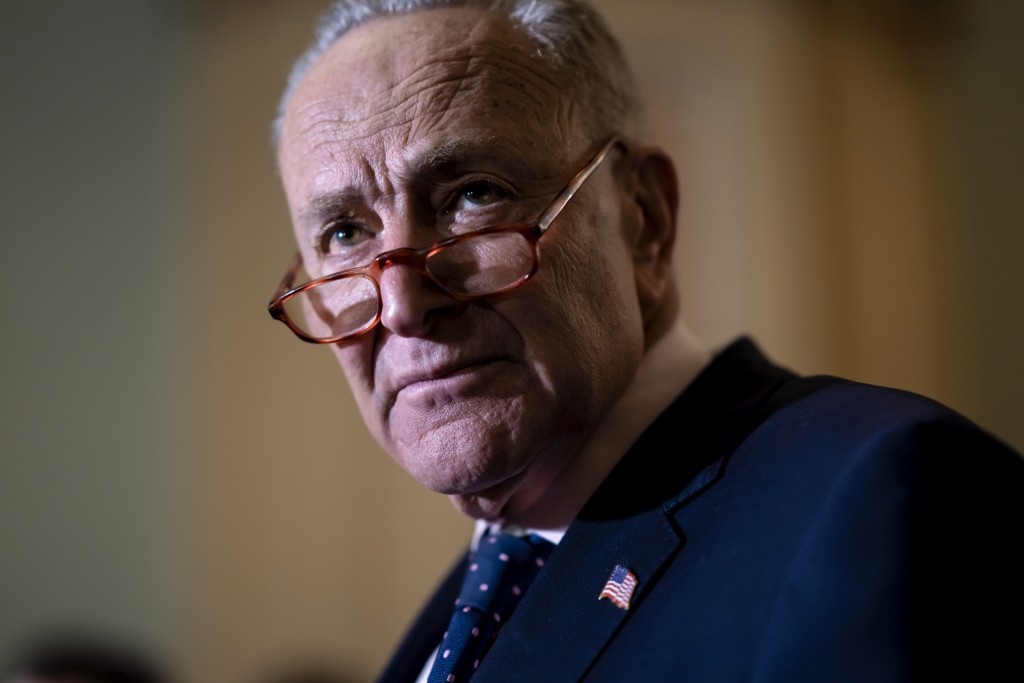 WASHINGTON (AP) — Home-district projects for members of Congress are back, sprinkled across the government-wide $1.5 trillion bill President Joe Biden signed recently. The official tally shows amounts modest by past standards yet spread widely around the country — and that understate what lawmakers are claiming credit for.

The bipartisan legislation, financing federal agencies this year, contains 4,975 such projects worth $9.7 billion, according to an Associated Press examination of items attributed to specific lawmakers in legislative documents. The listed projects, long called earmarks, ranged from $4,000 for evidence detection equipment for Huntington, West Virginia, to $350 million to help restore Florida’s vast but imperiled Everglades.

The projects’ reemergence after an 11-year hiatus, with transparency requirements and other curbs, marks a revival of expenditures that let lawmakers tout achievements to voters and help party leaders build support for legislation.

They're vilified by some, especially conservatives, as emblems of influence peddling and waste. But they’ve been openly embraced by lawmakers from both parties, who cite Congress’ constitutional power of the purse and say they know their local needs.

“I'm very proud of them,” said Sen. Richard Shelby, top Republican on the Senate Appropriations Committee, of the eye-popping $648 million he amassed for his state, the AP analysis showed. That included $126 million for two campuses of the University of Alabama, his alma mater, and hundreds of millions to improve the city of Mobile’s seaport and airport.

The price tag of Shelby’s projects was the highest in Congress, according to Taxpayers for Common Sense, a nonpartisan group that favors fiscal restraint and produced largely similar figures in its own preliminary study. Sen. Lindsey Graham, R-S.C., was next at $361 million.

Shelby, who's retiring, took credit in press releases for winning “billions” for Alabama, well beyond the amount in the public lists. Just one example he cited is $1.3 billion for flight training at Fort Rucker, an Army base in the state.

Many lawmakers are asserting that the money they won for constituents exceeded what the measure explicitly attributes to them. That’s because Congress narrowly defines what's listed as home-district projects.

Bolstering broad, national programs that lawmakers know benefit their states isn't included, so lawmakers can tout such amounts as achievements without having them formally listed as earmarks.

Senate Majority Leader Chuck Schumer, D-N.Y., had 203 projects for New York, which the Taxpayers group found was far more than anyone else in Congress. They totaled $314 million and ranged from $27 million to upgrade Fort Drum’s water systems to $44,000 for neighborhood improvements in the city of Geneva.

But in press releases, Schumer and other New Yorkers took credit for other funding not on the lists. For example, he and Sen. Kirsten Gillibrand, D-N.Y., pointed to $293 million they said they’d secured for the Air Force Research Laboratory in Rome, N.Y., following “their fierce advocacy.”

The House limited lawmakers to a maximum of 10 projects apiece.

Senate Minority Leader Mitch McConnell, R-Ky., was among over 140 lawmakers not listed as receiving projects. Yet a press release cited more than three dozen items in the bill that would benefit his state, including $321 million for an environmental cleanup at an old uranium enrichment plant in Paducah.

“I was proud to help craft this legislation with a special focus on Kentucky,” he wrote.

Long distributed with little transparency, Congress stopped providing earmarks in 2011 after high-profile abuses soured voters on them. To some lawmakers the projects retain a stigma, especially for Republicans.

All but a handful of the 222 House Democrats requested projects for this year’s bill, compared with around half the 210 Republicans. In the 50-50 Senate, the items were sought by 46 Democrats and their two allied independents, but just 16 Republicans.

Even so, much of the largesse was bipartisan.

The measure provided $5.1 billion for Democrats, $3.4 billion for Republicans and $600 million for projects sponsored by members of both parties, according to the Taxpayers group. Nearly everyone who requested projects got some.

The last time Congress used earmarks, in 2010, lawmakers disclosed 11,320 of them worth $32 billion, according to the Congressional Research Service, Congress’ nonpartisan research agency. The numbers aren’t exactly comparable due to differing methodologies, but suggest the practice has been curbed.

There was even room this year for projects for lawmakers who voted against the overall legislation carrying them.

Of the 106 House Republicans with projects, 70 voted against either or both sections of the legislation yet still collected earmarks worth $946 million, according to Taxpayers. In an unusual procedure, the House had divided the bill into distinct security and non-security programs and held separate votes on each.

Rep. Garret Graves, R-La., voted against both portions of the legislation yet won projects worth $45 million, among the House’s highest figures. He cited the overall bill’s size and lack of money for his state to recover from hurricanes.

“I’m supposed to say I didn’t vote for the bill, so I’m not going to go work projects for our district?” said Graves, who won funds for water projects and sugar cane research. “No, that’s not what our job is.”

Rather than being punished by Democratic leaders for upending what was the party’s top legislative goal, the spending bill Biden signed had 86 West Virginia projects Manchin requested worth $164 million.