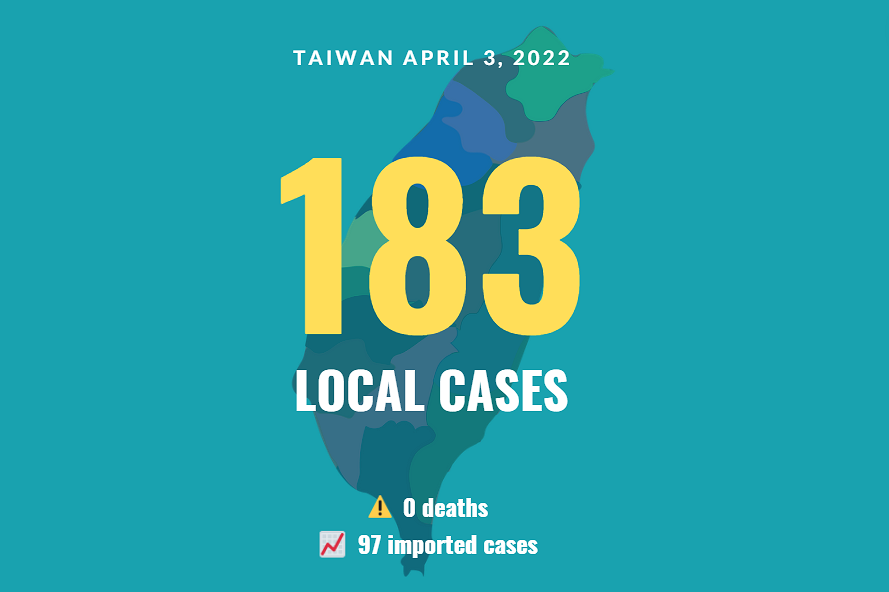 Several clusters have formed around Taiwan, including one unspecified location in Keelung, a school and a neighborhood in New Taipei, a shop in Taoyuan, a workplace in Hsinchu County and in Taoyuan, a wedding banquet in Taichung, a tour group and hospital in Hualien, and an educational facility in Taoyuan and Yilan. Government health departments are still investigating 66 cases and their links to these clusters.

The new imported cases included 52 males, 43 females, and two still under investigation. They range in age from younger than 10 to 69 and arrived in Taiwan between Feb. 23 and April 2. They include 20 arrivals from Vietnam; three each from Mauritius and the Philippines; one each from Malaysia, Indonesia, Japan, Hong Kong, South Korea, Australia, the U.S., and Cambodia, with 63 cases still under investigation.

Taiwan’s latest total of 24,312 coronavirus cases includes 7,942 domestic cases and 16,316 imported ones. The 853 fatalities from the pandemic include 839 due to local infections, with New Taipei City registering 413 deaths and Taipei 322.