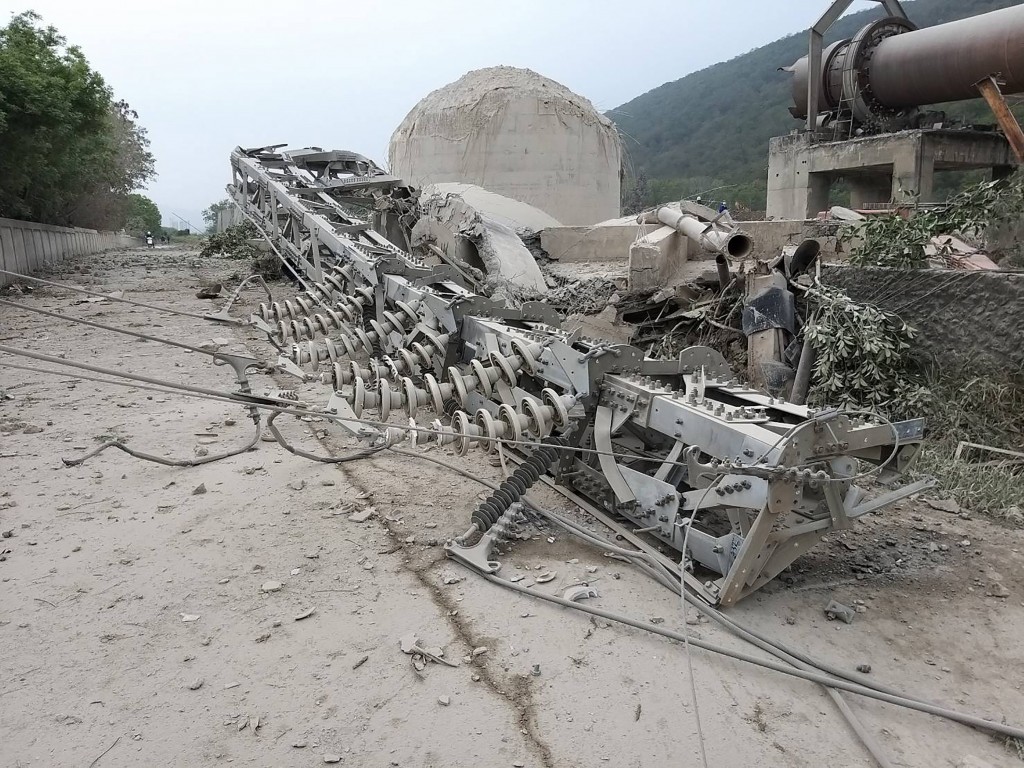 TAIPEI (Taiwan News) — An accident at a cement plant in Kaohsiung City caused a loss of power and disruptions of high-speed rail traffic on the eve of a four-day holiday Friday (April 1).

Power went down on the southern stretch of the rail line between Kaohsiung’s Zuoying Station and Tainan during the afternoon, stranding passengers at several stations just as traffic was intensifying ahead of the April 2-5 Tomb Sweeping holiday.

During demolition work at a Southeast Cement plant in Kaohsiung’s Nanci District, employees of a subcontractor hit an electricity pole by accident, CNA reported. While nobody was injured in the collapse of the pole, the supply of power to an area which includes Zuoying Station fell sharply around 3:40 p.m.

State utility Taiwan Power Co. (Taipower) mobilized a team to repair the electricity supply, but in the meantime, crowds of unsuspecting travelers gathered at high-speed rail stations in Kaohsiung and Tainan.

While northbound traffic was initially still possible, southbound travelers had to switch to buses to complete their journey, or were asked to take Taiwan Railways Administration (TRA) trains from Shalun station, which is located next to Tainan’s high-speed rail station, to Kaohsiung. Tickets were provided free of charge, the Liberty Times reported.

After 5 p.m., the line between Kaohsiung and Tainan was reportedly completely closed down to allow Taipower to conduct repairs. while from 6:46 p.m. TRA services were also affected, causing delays on most services and crowds at stations, CNA reported. By 9 p.m., there was still no word on when normal service might resume.