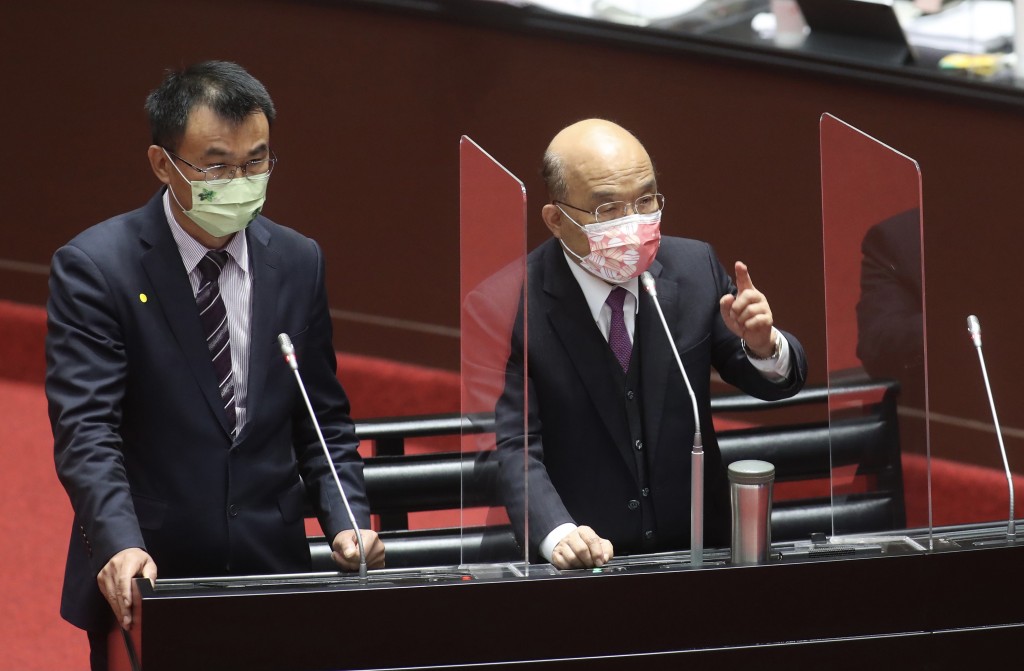 Taiwan filed its application to join the 11-member trade group last September, just days after China did. Commentators have voiced concern that if Beijing is allowed to join earlier, it will block Taiwan’s entry.

The Council of Agriculture (COA) replied that 4% of all products, or an estimated 2,000 products, could remain exempt from the zero-tariff level. Negotiations should succeed in keeping sensitive items off the list, helping to limit any negative impact from membership, the COA said.

Su said the government would launch a fund to help farmers upgrade the quality of their products and strengthen their competitiveness. The fund would be modeled on a similar NT$100 billion (US$3.48 million) initiative launched at the time of Taiwan’s entry into the World Trade Organization (WTO), according to the premier.