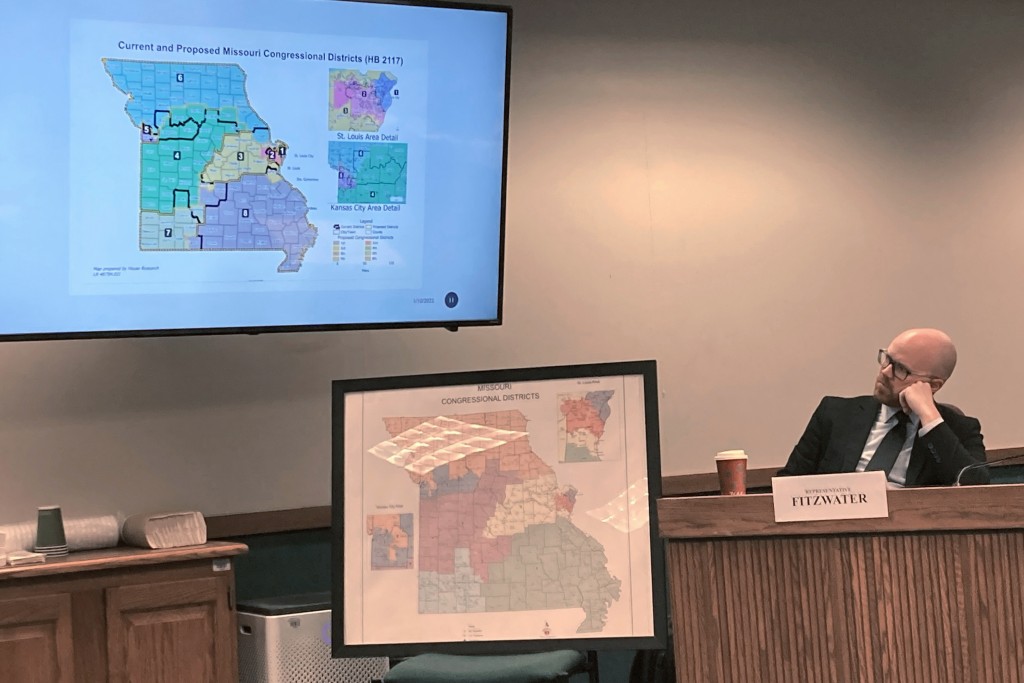 JEFFERSON CITY, Mo. (AP) — The Missouri House on Thursday overwhelmingly defeated a congressional redistricting plan passed by the state Senate, intensifying a standoff that could eventually force the courts to intervene to draw new voting districts.

Although Missouri has large Republican majorities in both legislative chambers, a conservative coalition has split with GOP leaders over how aggressively to gerrymander district lines to their favor. Turf wars also have erupted over which communities to split up in order to equalize the population among all eight districts.

Missouri is the only state that has not either enacted or at least passed a new U.S. House map after the 2020 census, though uncertainty also remains in Florida because of a gubernatorial veto and in other states due to court challenges. Louisiana's Republican-led Legislature on Wednesday overrode a veto by its Democratic governor and enacted new congressional districts.

Republicans currently hold six of Missouri's eight U.S. House seats, with Democrats representing districts based in St. Louis and Kansas City. Though some conservatives had pushed for a map that could give the GOP a shot at winning seven seats, the state House and Senate each passed different versions of maps projected to continue the GOP's 6-2 edge.

The Senate version has a slightly stronger Republican bent than the House version in the only politically competitive seat, the 2nd District held by Republican Rep. Ann Wagner. But the Senate map stretches Wagner's suburban St. Louis district south into rural counties and splits the Democratic-leaning city of Columbia — home of the University of Missouri — amid two largely rural Republican districts. State House members complained that the Senate version didn't adequately keep communities of interest intact.

The House voted 129-26 to reject the Senate map, then requested that the Senate grant a conference to try to work out their differences.

“This is a vote to continue the process, to continue discussion for the best possible map for all of Missouri,” said Republican state Rep. Dan Shaul, chair of the House Redistricting Committee.

The Senate already had rejected one conference request before Thursday's vote. Though Senate GOP leaders expressed a willingness for a joint conference committee, one of the chamber's most vocal conservatives and its Democratic leader both said further talks would be pointless.

“The House vote today was a vote for the liberal activist courts to draw the map," said Republican Sen. Bob Onder. He declared: "We’re not going to conference.”

Senate Minority Leader John Rizzo said the map that already passed the Senate is the most realistic option.

“At this point, if there was a unicorn map out there to make everyone happy, it would have reared its head,” he said.

A lawsuit has been filed on behalf of Missouri voters by Democratic attorneys asking a court to intervene in the stalled redistricting process and draw new U.S. House districts that can be used in this year’s elections. But no hearing has been scheduled.

Tuesday was the deadline for candidates to file to run in Missouri's August primary. A total of 68 people signed up for specific House districts, even though they weren't sure of the eventual boundaries.

If lawmakers were to pass new congressional districts before the mid-May end of their legislative session, they could change state law to temporarily re-open the candidate filing period.