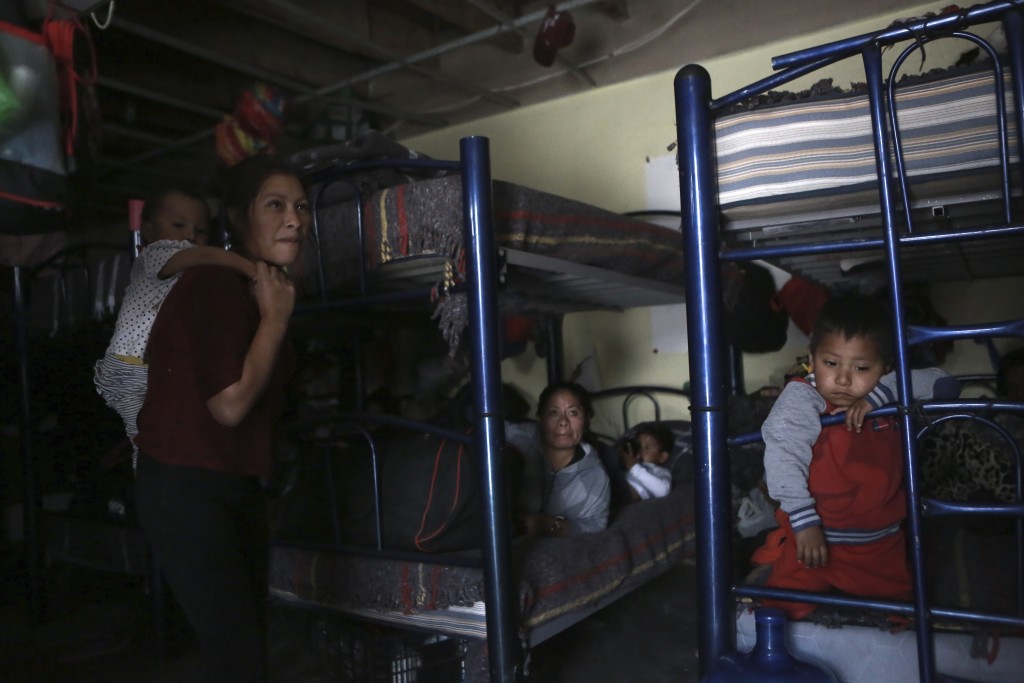 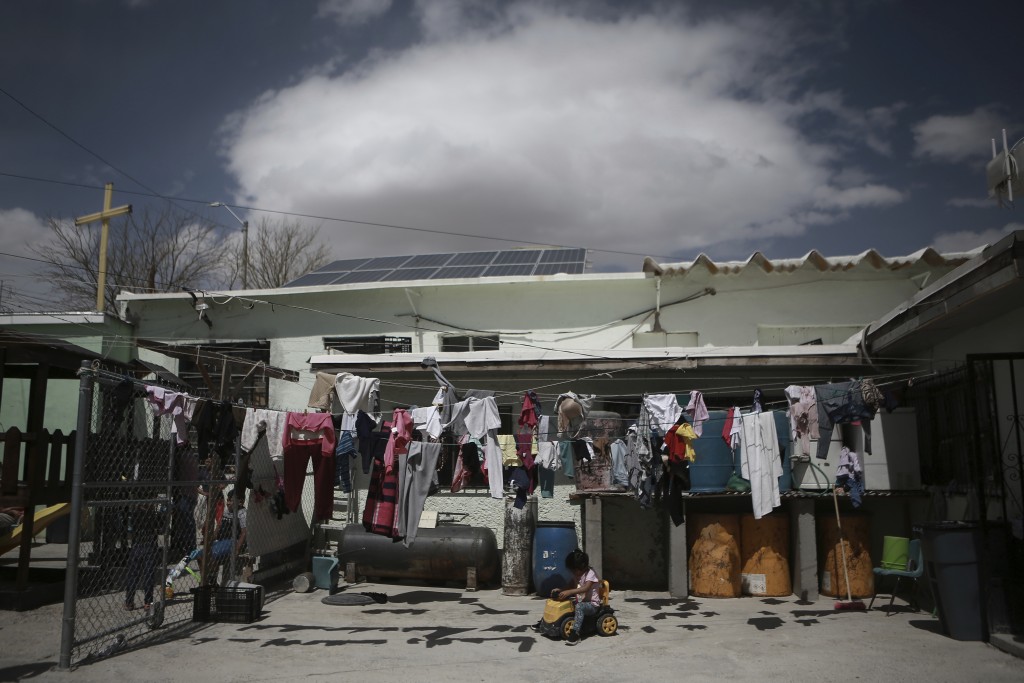 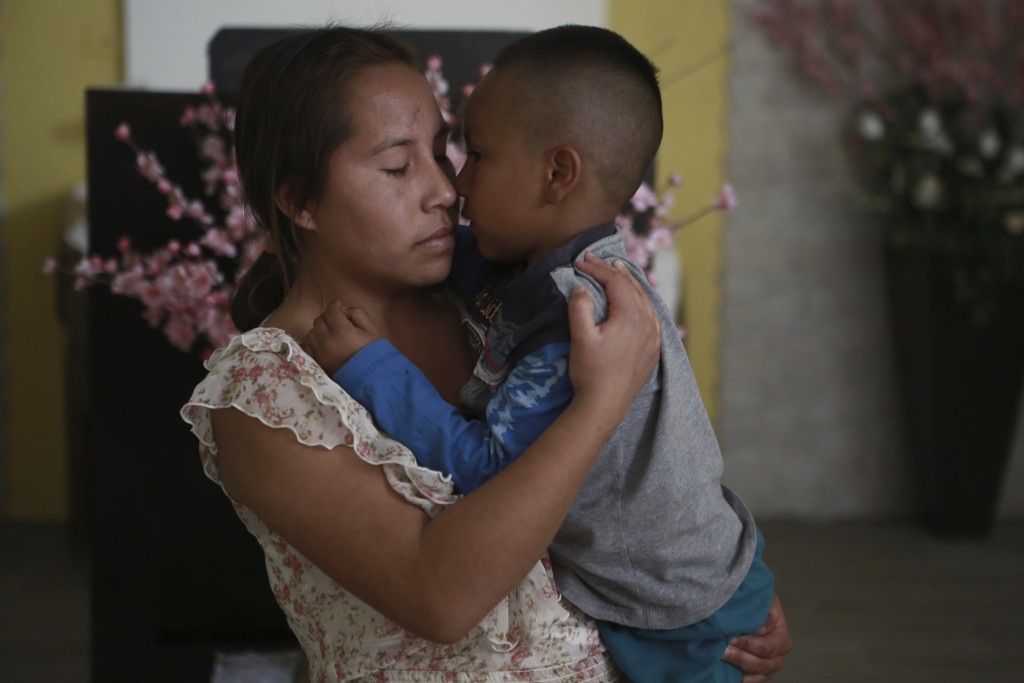 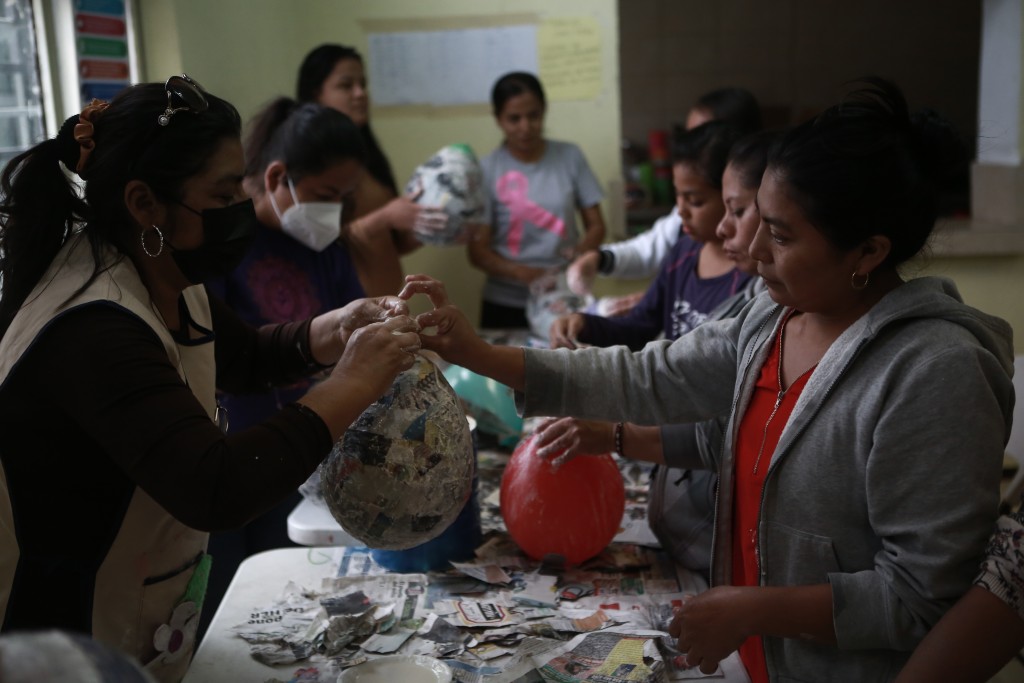 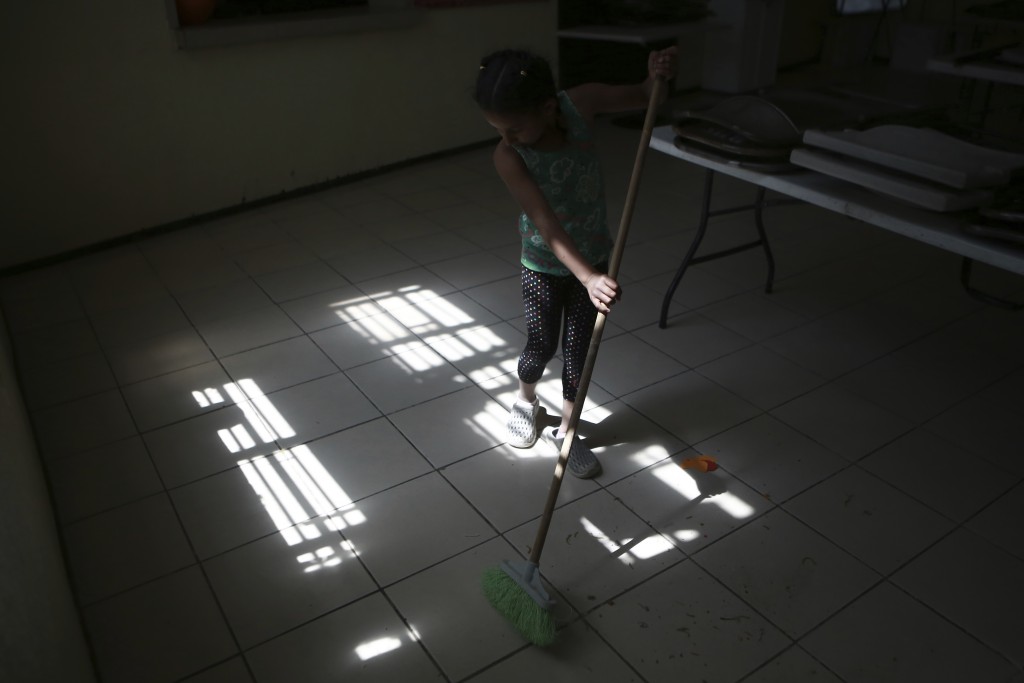 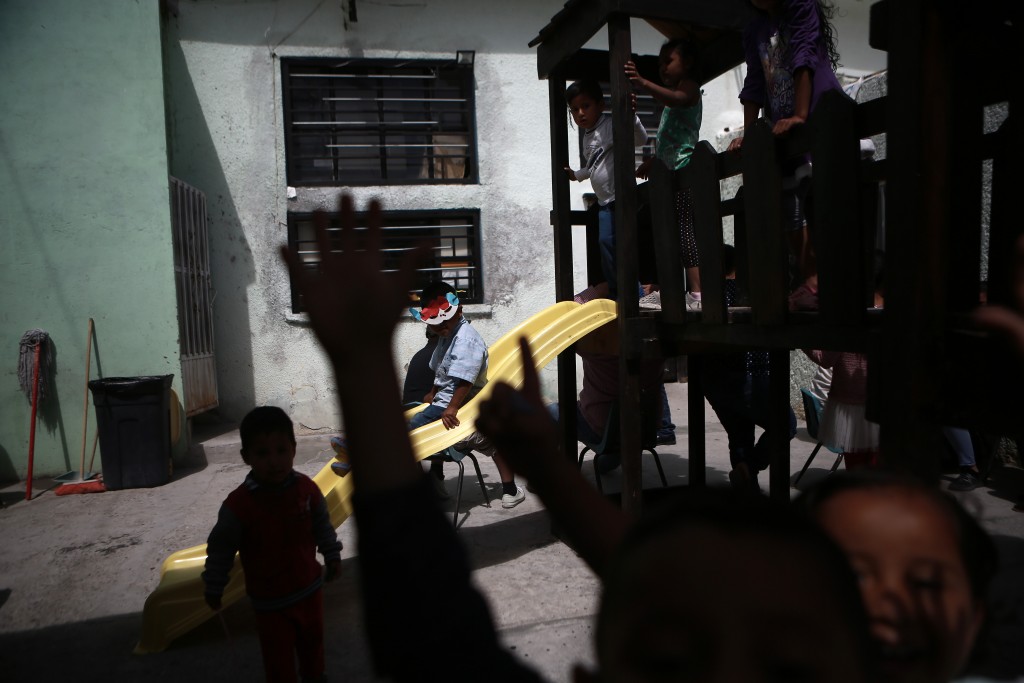 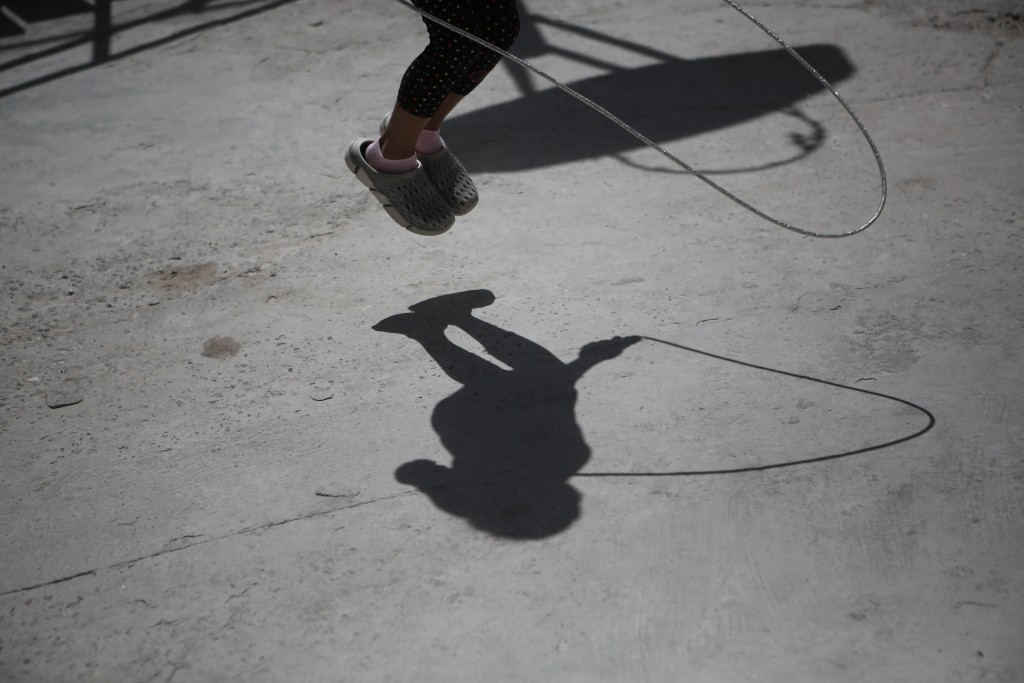 CIUDAD JUAREZ, Mexico (AP) — More than a dozen migrants excitedly ran out of their dormitory at the Good Samaritan shelter here at the mere mention that the Biden administration may lift a rule that expels people at the border before they can request a chance at humanitarian protection in the United States.

They quizzed a reporter they'd overheard speak of the expected change in a rule that for the past two years has forced asylum seekers to wait at shelters in in Mexican border cities terrorized by organized crime.

At times the wait has seemed interminable. They struggle to find work, worry about debts accumulated to just reach the border and live in fear that they or their children could be snatched by drug cartels preying on the most vulnerable.

Migrants have been expelled more than 1.7 million times from the U.S. under public health powers invoked in March 2020 that are designed to prevent spread of Covid-19. The Biden administration plans to lift Title 42 authority – named for a 1944 public health law – by May 23, according to people familiar with the matter, with an official announcement expected as early as Friday. Near the height of the omicron variant in late January, the U.S. Centers for Disease Control and Prevention had extended the order to this week.

Reaction at migrant shelters in Ciudad Juarez shows the determination of many migrants to settle in the United States as soon as possible.

Most of the 63 people staying at Good Samaritan, across the border from El Paso, Texas, were women and their children from Mexico and Central America. The Rev. Juan Fierro, the shelter’s director, said the vast majority had either been expelled under Title 42 authority or were still waiting to try for asylum.

A group of women said that if Title 42 ended they would run to the bridge at the border to request asylum, because returning to their homes was not an option.

Melida Castro, a 32-year-old from Honduras, has been at the shelter for four months with her children, ages 3 and 8. “There’s nothing more for us to do but wait,” she said, explaining she had fled Honduras after a gang killed her uncle.

“I saw him die in my arms,” she said. Her family crossed the border once and turned themselves over to Border Patrol agents, but they were flown to El Paso and pushed back to Mexico. She said the agents mentioned Title 42, but didn’t explain what it meant.

While word of lifting the asylum limits provided a glimmer of hope, the possibility was also met with suspicion.

Delaying the lifting until late May, when the Biden administration has had more than a year in office to prepare, struck some as a way to buy time until the U.S. government can come up with another obstacle.

“Suddenly they’re going to say, ‘We’re not going to lift it,’” said Victor Sanchez, who fled Honduras with his wife and her three younger siblings. They have been staying at another shelter in Ciudad Juarez for a month.

The nine-bedroom concrete Oscar Romero House shelter clusters around a small courtyard with a pomegranate tree where children play after returning from school. The parents sit on the second floor terrace, fearful to go outside, sharing care of the youngest children and looking across the dusty desert cityscape to the mountains of El Paso less than 10 miles away.

Katherine, Sanchez’s wife, had a baby while in Mexico. “If we have to wait, we wait,” she said. “Now that there are organizations that can help us, we’ll wait for a legal way.”

There have been signs that the Biden administration has been preparing for an expected surge of asylum seekers trying to make their way to the border.

In his State of the Union Address this month, President Joe Biden had said, “We’re securing commitments and supporting partners in South and Central America to host more refugees and secure their own borders.”

Both Mexico and Costa Rica are taking in substantial numbers of asylum seekers that in many cases would otherwise try to enter the United States. They could also be critical in trying to control the flow of migrants to the U.S. border.

Still, large numbers of migrants have been reaching the border. The Department of Homeland Security said Tuesday that about 7,100 migrants were coming daily, compared with an average of about 5,900 a day in February and on pace to match or exceed highs from last year, 2019 and other peak periods.

Camilo Cruz, a spokesman with the United Nations International Organization for Migration, said this week that every U.S. move on immigration affects migration flows in the region.

“It moves people, generates hope or some kind of speculation by the traffickers,” Cruz said. “That motivates people to come to try to cross the border.” He said the IOM supports a network of shelters along the border and has worked in recent years to build their capacity.

Immigration advocacy groups applauded the decision, which they universally viewed as long overdue. Like the migrants, some questioned the delay until late May when the Biden administration has had months to prepare.

“A phased wind-down strategy just further proves this was never about public health,” Erin Mazursky, interim director of Families Belong Together, a coalition of groups opposed to Trump-era immigration policies, said in a statement. “This policy was in place for two years too long and the reported decision to extend Title 42 until May 23rd is simply another excuse to expel more people. If the intent is to stop upending people’s lives and hold true to America’s commitment to asylum and due process, the expulsions must end now.”

U.S. Rep. Judy Chu, a Los Angeles-area Democrat, told reporters in a conference call Thursday that administration officials visited congressional offices this week to brief lawmakers and their staffs on plans for accommodating larger numbers of migrants — up to about three times the current flow under one scenario.

The administration is “working very hard at finding a way to process migrants lawfully, humanely and efficiently,” she said.