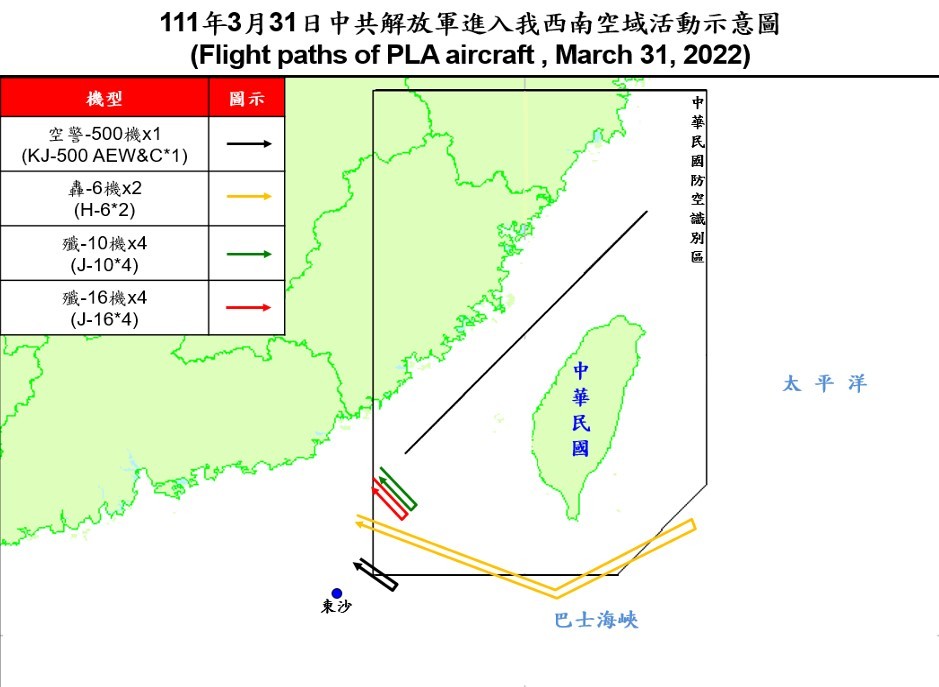 So far this month, 62 Chinese military aircraft have been tracked in Taiwan’s identification zone.