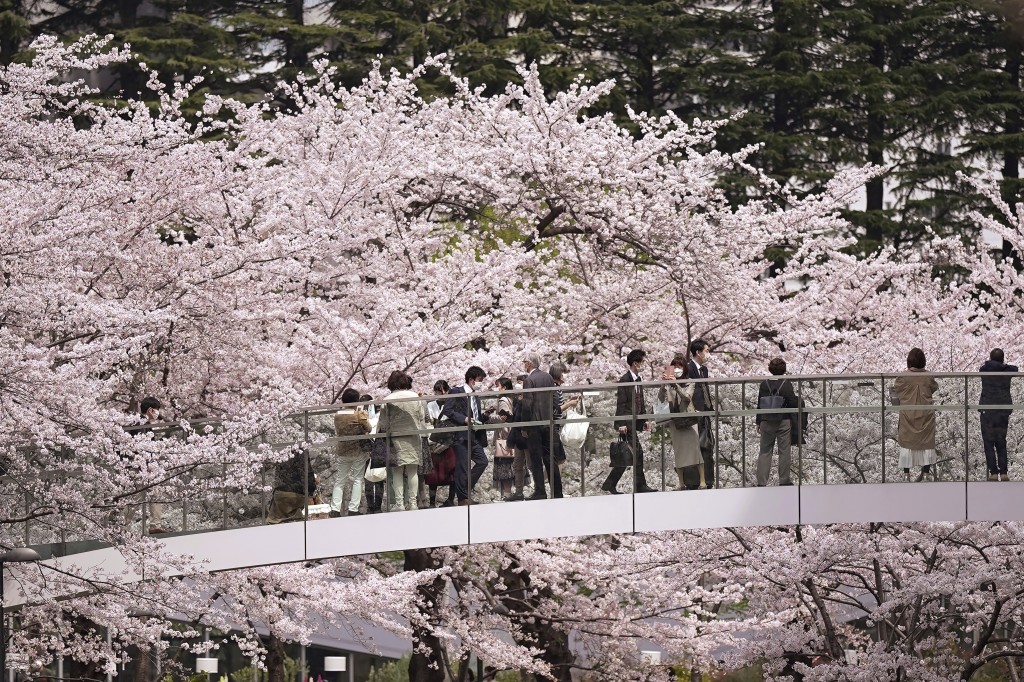 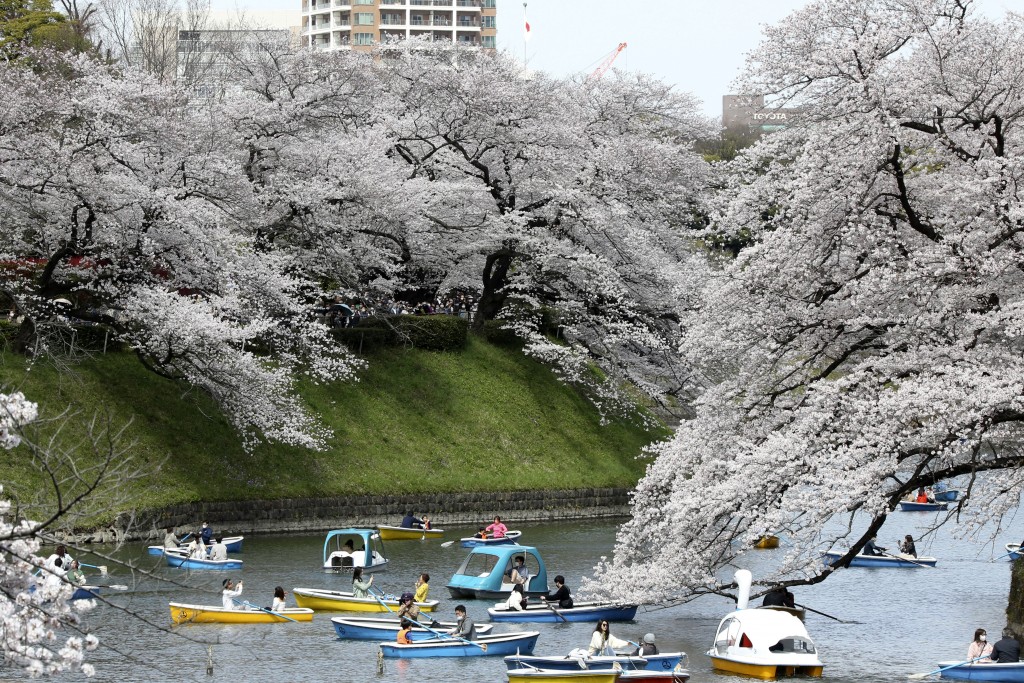 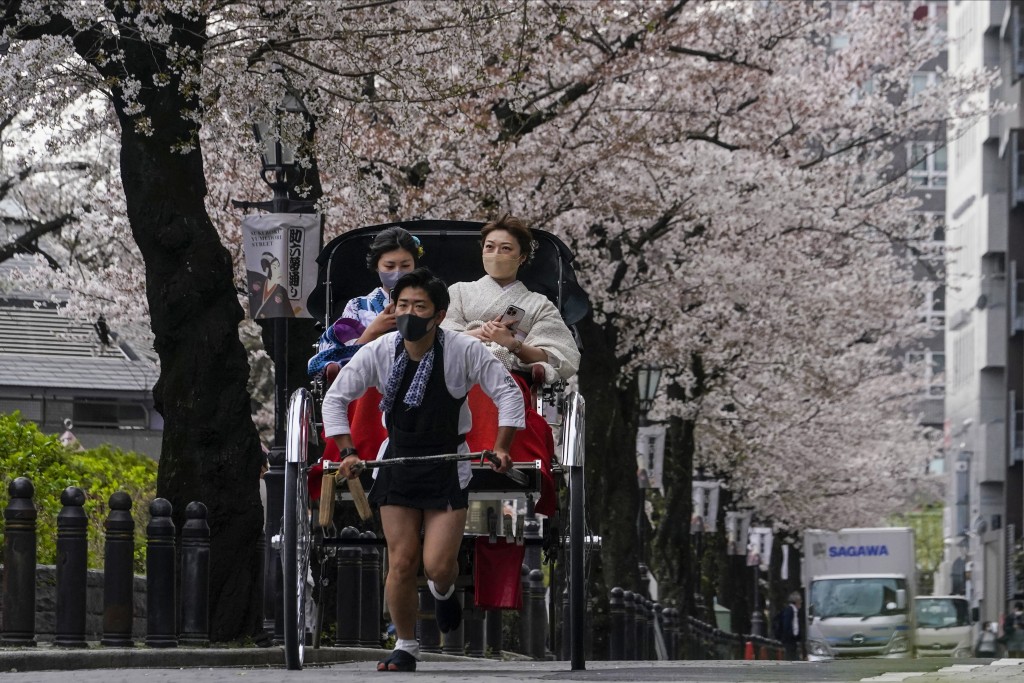 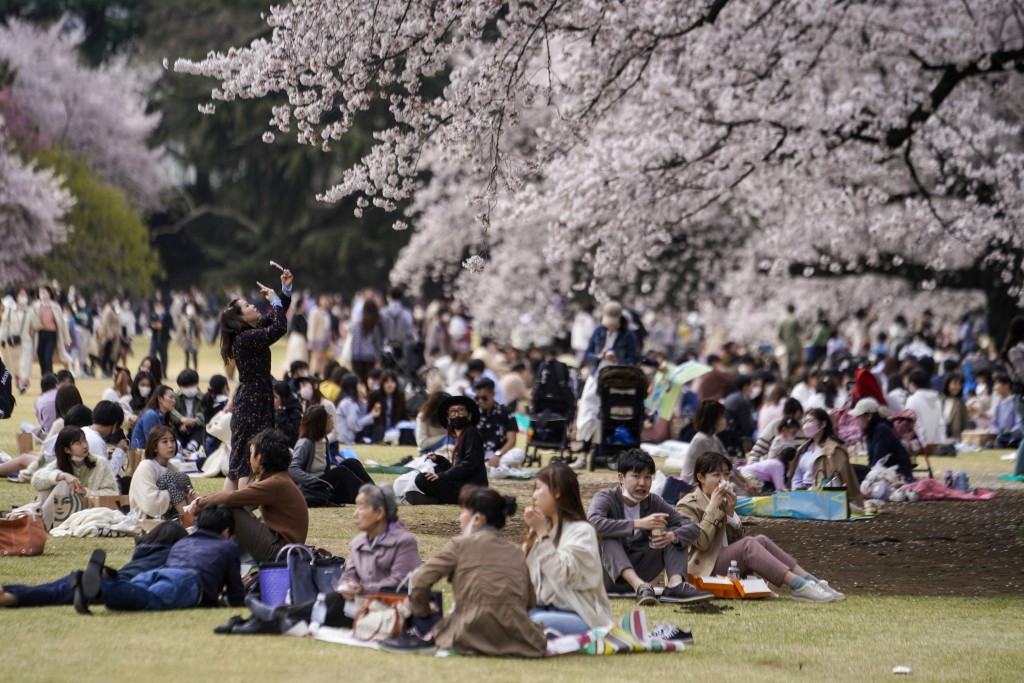 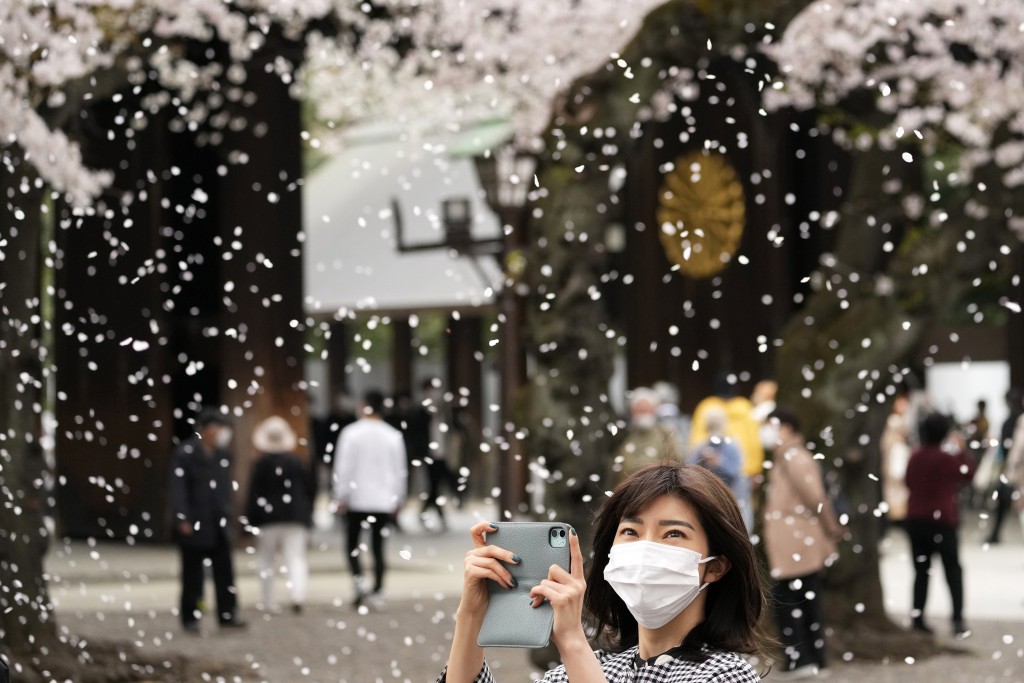 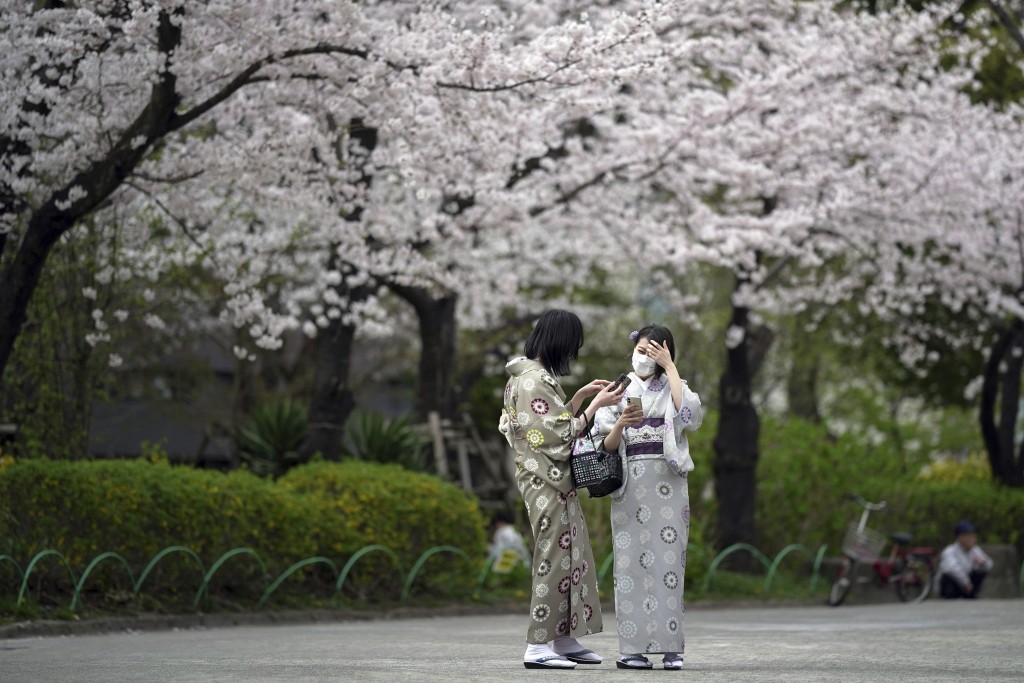 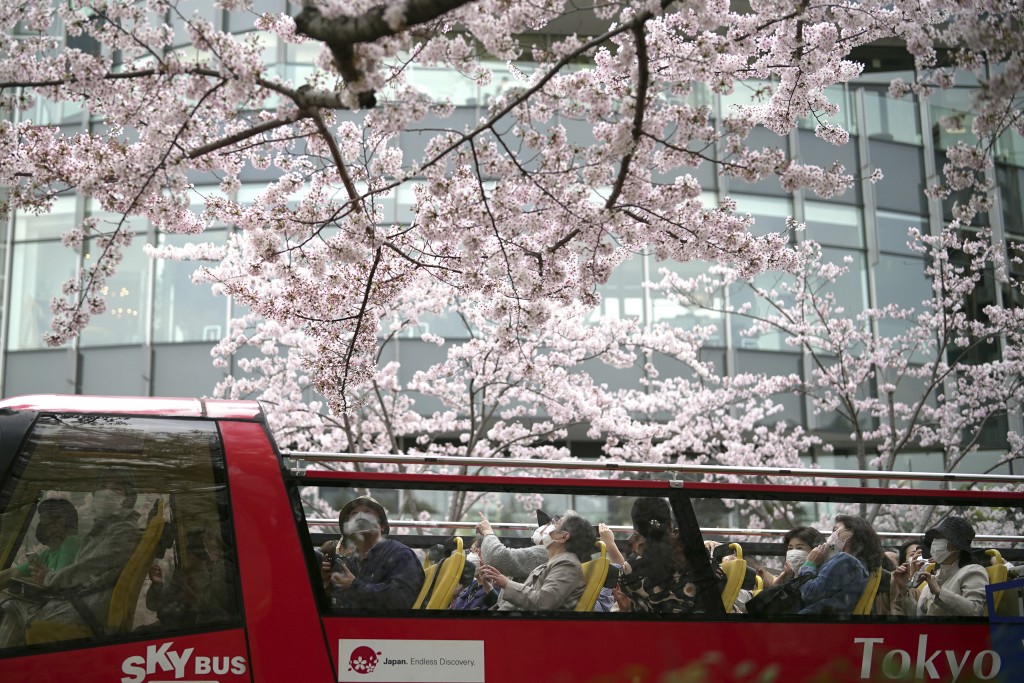 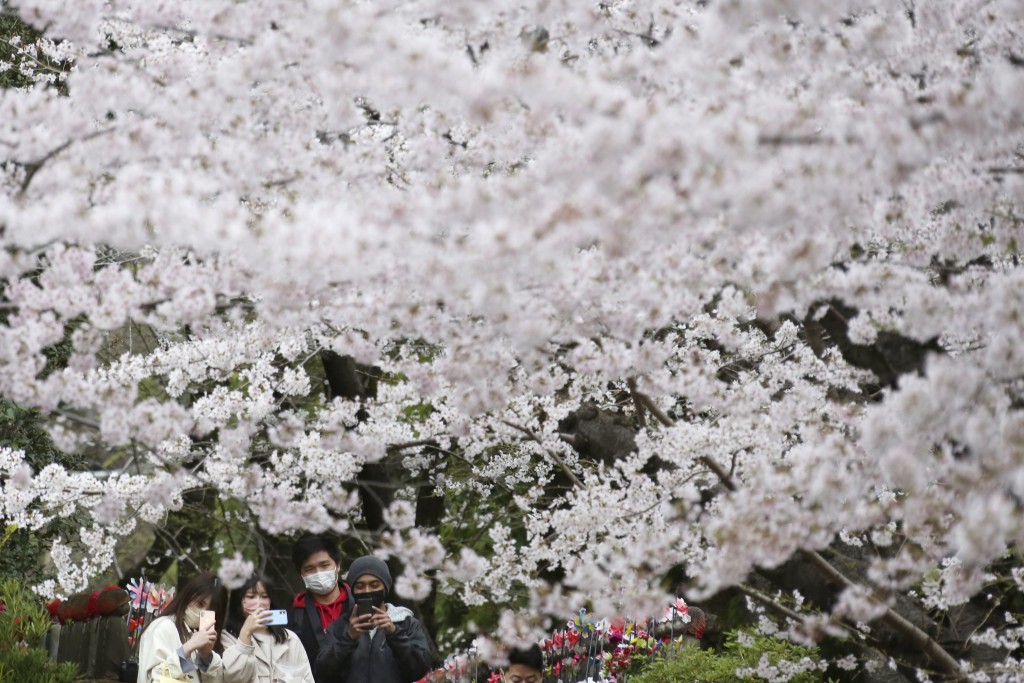 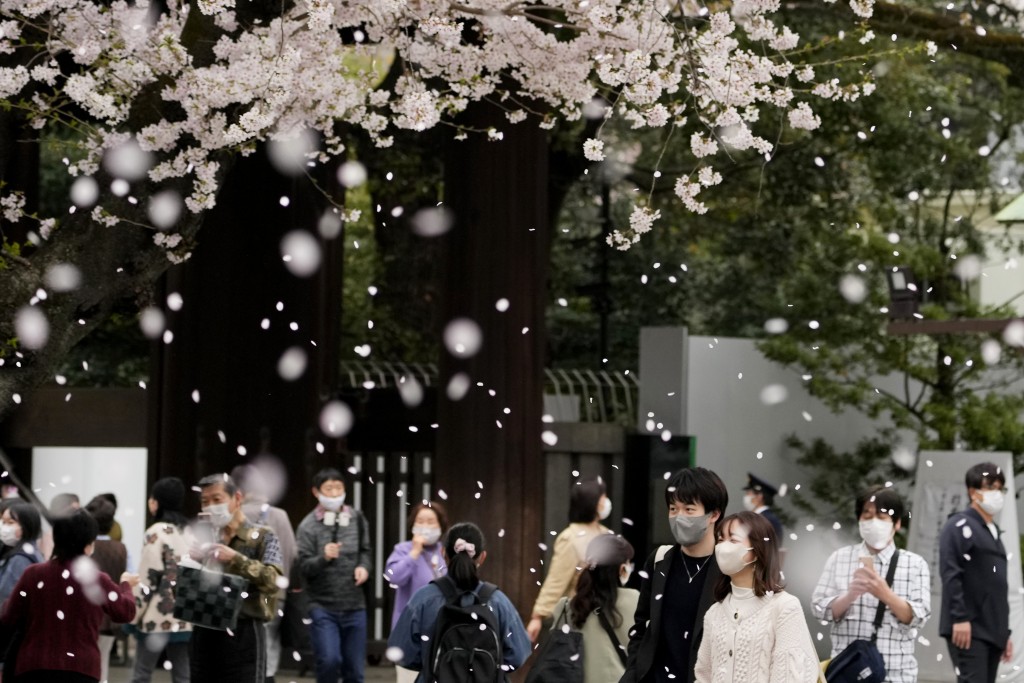 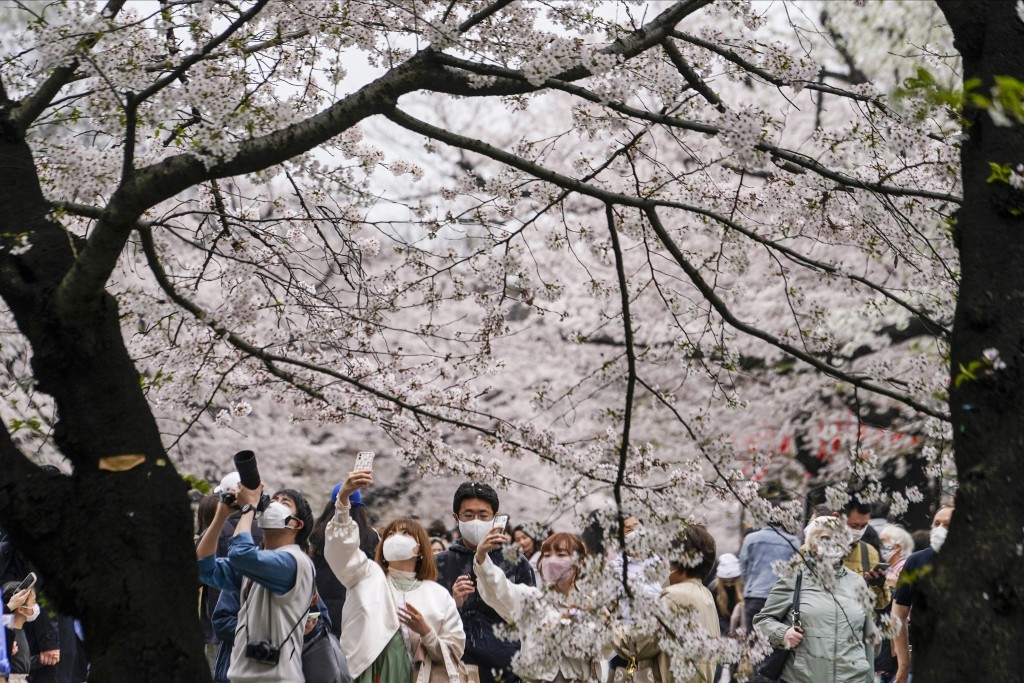 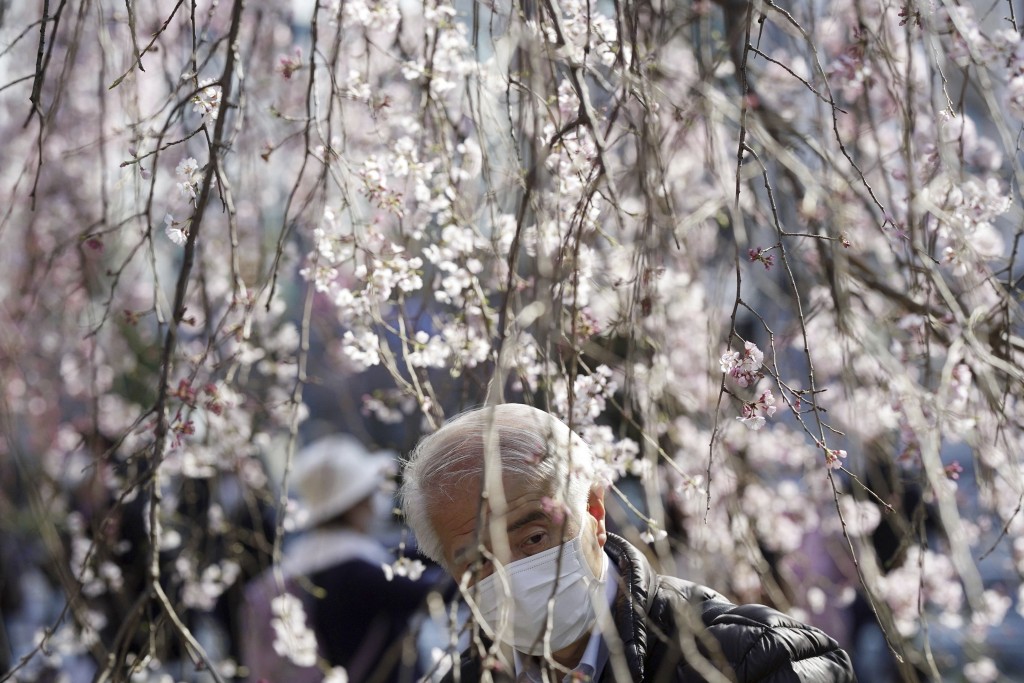 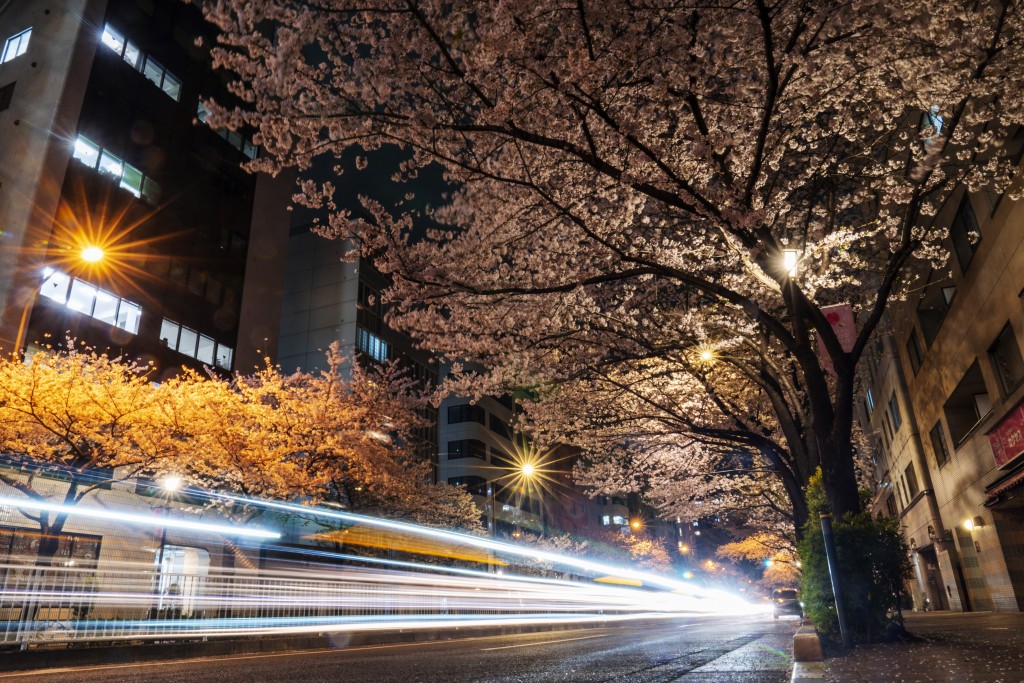 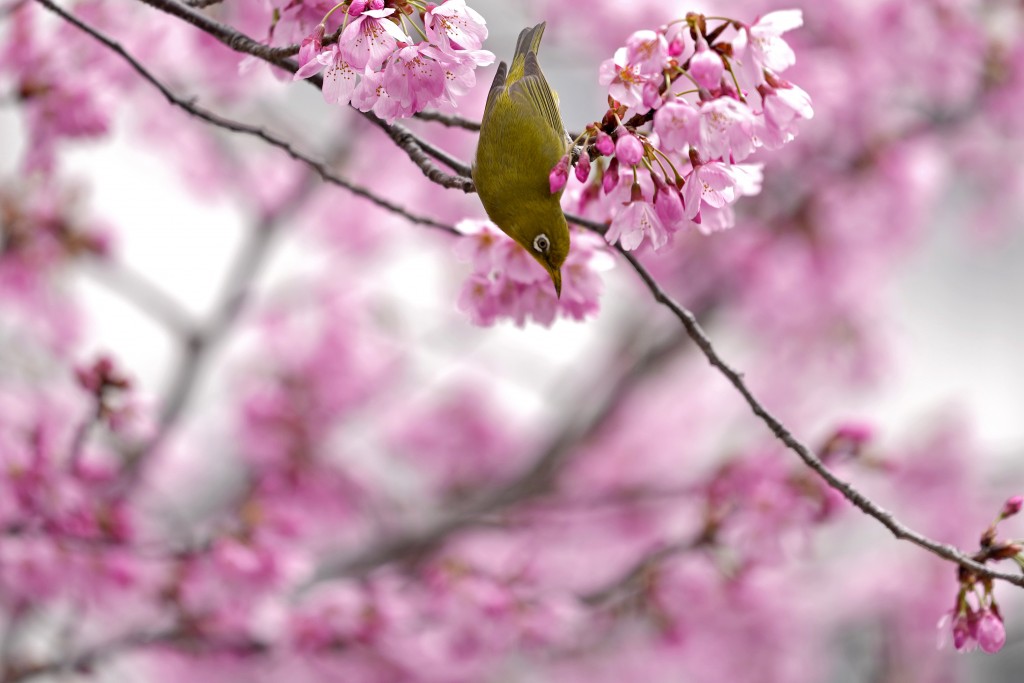 TOKYO (AP) — People are celebrating Japan's peak cherry blossom viewing season without COVID-19 restrictions for the first time in two years. But many are strolling under the trees rather than drinking and eating in traditional party style.

Trees are in full bloom this week in many parts of Japan. They peaked in Tokyo on Sunday, according to the Japan Meteorological Agency, attracting many people who had avoided participating in the national tradition for two years because of the pandemic.

In many areas, viewers were asked not to gather under the trees for drinking parties — a traditional way of celebrating the season — as part of continuing anti-virus measures.

At Yoyogi and Ueno parks, areas were roped off to prevent people from sitting down and partying. Many parks put up signs forbidding parties with alcohol.

At Chidorigafuchi Park, a famous “hanami” or cherry blossom viewing spot northwest of the Imperial Palace, thousands of people admired the fluffy pale pink flowers while strolling under rows of trees or from rowboats on the palace moat.

Cherry blossoms, or “sakura,” are Japan’s favorite flower and usually reach their peak in late March to early April, just as the country celebrates the start of a new school and business year.

In Shinjuku Gyoen in downtown Tokyo, many people including families picnicked under the trees. The popular blossom viewing area of Nakameguro was full of people walking along a river lined with cherry blossom trees.

Japan lifted all formal COVID-19 restrictions last week after infections slowed, but experts have raised concerns about a resurgence prompted by people gathering and traveling during spring holidays.