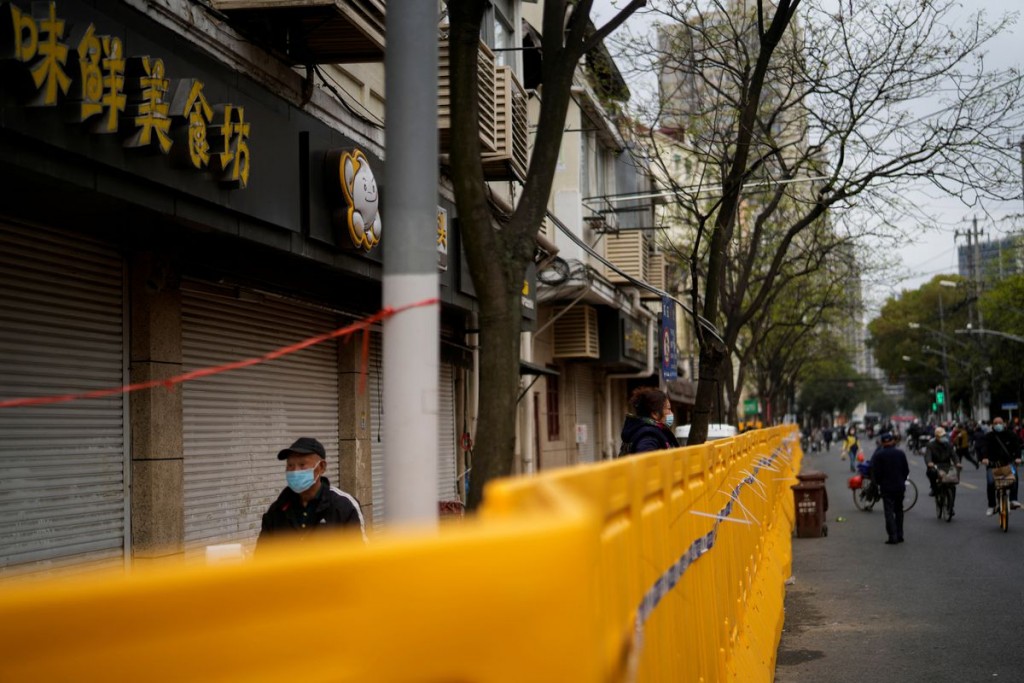 Shanghai authorities on Thursday appealed to residents to keep cooperating with tight curbs imposed to stop COVID-19 spreading, saying they recognised their frustrations as China’s most populous city entered the fourth day of a two-stage lockdown.

The plea for patience came as the Chinese financial hub, home to 26 million people, said its overall daily COVID caseload eased, for the first time in about two weeks, in an outbreak that began about a month ago.

In a letter to the city’s residents, the Shanghai government saying it was grateful for citizens’ efforts and acknowledged their sacrifices, as it sticks with China’s “dynamic clearance” approach - detecting the virus, tracing contacts and centrally quarantining all positive cases.

“Pandemic prevention and control work have brought much inconvenience to people,” it said in the letter, posted to its official WeChat social media account on Thursday.

“Some of you have been in quarantine and lockdown for a long time. The city deeply appreciates everyone’s understanding and cooperation.”

Shanghai is being locked down by splitting the city into two roughly along the Huangpu River, dividing the historic centre west of the river from the eastern financial and industrial district of Pudong. Authorities say this allows for staggered mass testing.

Movement curbs on residents in the eastern districts started on Monday and are set to be lifted at 05:00 local time (21:00 GMT) on Friday.

Areas west of the river will be locked down from 03:00 on the same day, though some housing compounds in western districts already directed residents to stay home from Wednesday.

Many across the city have taken to social media to vent their frustrations in lockdown, posting videos and images of crowded quarantine centres and also issuing calls for help with medical treatment and purchasing food.

Business has also been disrupted. Volkswagen said it would partially shut production at its Shanghai factory on Thursday, due to a lack of parts from suppliers.

Despite irritation among some in Shanghai who question its practicality, the “dynamic clearance” approach adopted by China will not be relaxed, state news agency Xinhua said in a commentary late on Wednesday. The tactic was essential to protect lives and the people’s health, Xinhua said.

In Shanghai the city government said it would try its best to prevent the pandemic from spreading further and secure daily necessities and medical services for everyone.

“We implore residents to keep cooperating and follow the pandemic control and prevention guidelines. We can only safeguard our home and our city through everyone’s efforts.” (Reporting by Brenda Goh; Additional reporting by Roxanne Liu; Editing by Kenneth Maxwell)