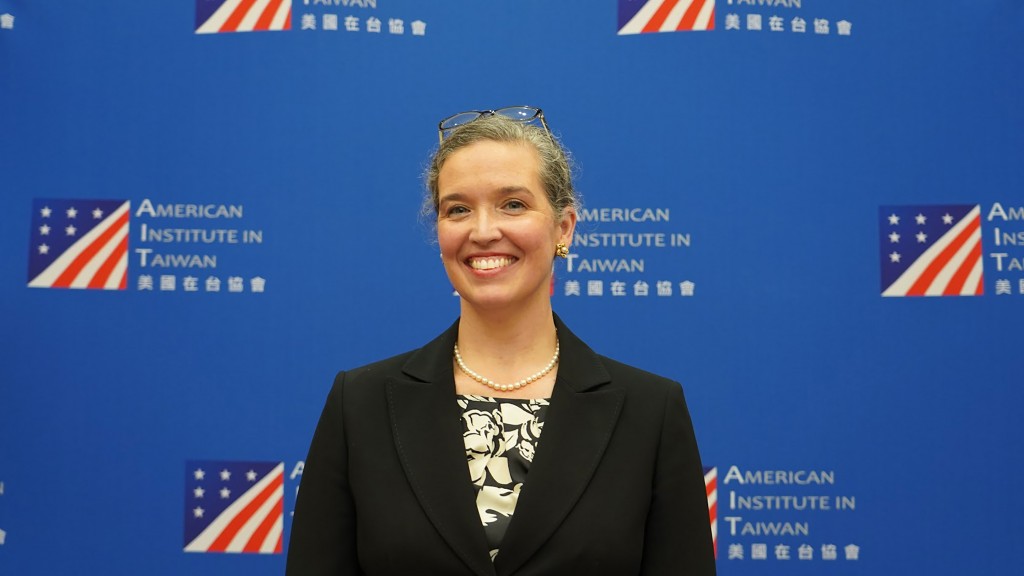 At the American Chamber of Commerce in Taiwan's annual Hsieh Nian Fan event on Wednesday evening, Oudkirk said the U.S. is committed to helping Taiwan keep its deterrence and self-defense abilities and affirmed that Washington has “a shared and abiding interest in peace and stability across the Taiwan Strait,” according to an AIT press release.

China’s military activities near Taiwan “are destabilizing, risk miscalculation, and undermine regional peace and stability,” Oudkirk said. She added that persistent efforts by Beijing to limit Taiwan’s international space, coerce its friends, and restrict Taiwan’s democratic system “represent a threat to all democracies.”

The AIT director also said the U.S. considers this vital to the security and stability of the Indo-Pacific and is concerned about China’s efforts to undermine regional stability.

The U.S. is continuing to work with Taiwan to promote global supply chain resilience, Oudkirk said. Praising Taiwan as “Asia’s silicon island,” Oudkirk said the nation is central to the globe’s semiconductor industry and a leader in emerging technologies ranging from 5G-ORAN to artificial intelligence.

Oudkirk also highlighted the need for more effective ways to counter cybersecurity threats. “I hope that I can count on AmCham member companies to support our effort to bolster resilience in this key area,” she said.

The U.S. is also cooperating with Taiwan to create opportunities that will support and expand Taiwan’s international space and allow it to “share its expertise in multilateral fora and to engage with international partners,” the AIT director said.

Oudkirk mentioned that the U.S. and Taiwan re-launched Trade and Investment Framework Agreement talks last year and have established bilateral working groups on agriculture, intellectual property, labor, and technical barriers to trade and investment. She added that the two countries held the second Economic Prosperity Partnership Dialogue, which has helped to bolster economic cooperation and build an alliance to counter China’s “unfair economic and investment policies.”