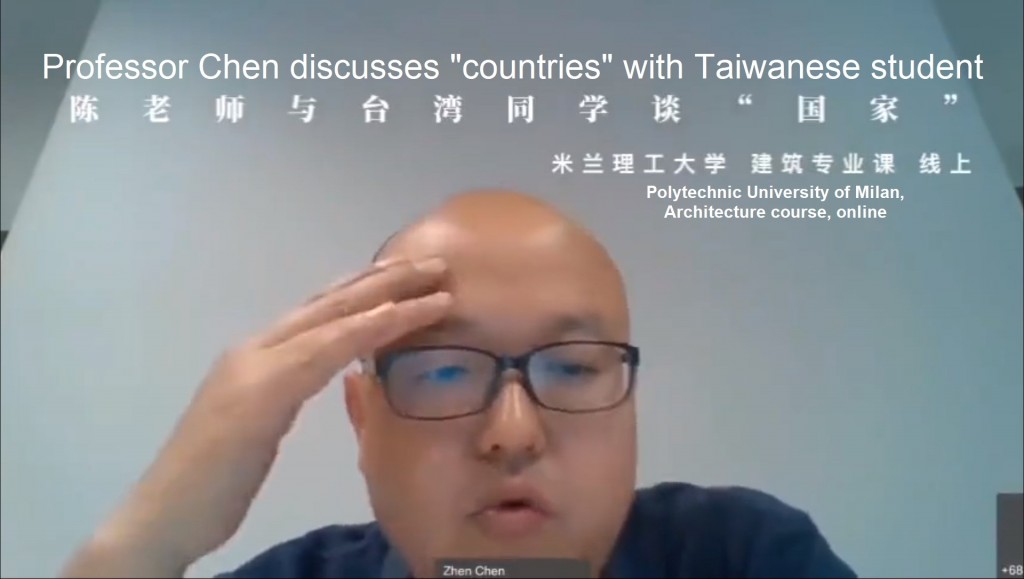 TAIPEI (Taiwan News) — The Ministry of Foreign Affairs (MOFA) said it severely condemns the Chinese professor at the Polytechnic University of Milan for “threatening” a Taiwanese student and serving as the Chinese government’s “political stooge” in a statement on Thursday (March 31).

Chen Zhen (陳蓁), the adjunct professor in question, is currently under investigation to determine whether he violated the university’s code of conduct, per an earlier report. The video of Chen going on a rant about Taiwan “is part of China” and “not recognized by any European country,” originally self-uploaded onto the Chinese messaging app WeChat, went viral after being shared on Twitter and triggered a wave of backlash in Italy.

MOFA said it has instructed Taiwan’s representative office in Italy to closely follow the results of the Polytechnic University of Milan’s investigation in order to defend Taiwan’s national dignity and the student’s rights to education. It reiterated that the Chinese government has not ruled over Taiwan for even one day and “of course has no right to claim to represent Taiwan or downgrade the country name our citizens use.”

The Chinese government and people’s constant attempt to extend “corrupt political hands” into academic and artistic fields have fostered strong animosity among the international community, MOFA added, referring to a similar incident that had occurred at the Bologna Children’s Book Fair recently. The event’s organizer had covered up a Taiwanese artist’s country of origin due to pressure from China.

“Regarding the Chinese individual’s promotion of propaganda and inappropriate bullying in an academic institution, Taiwan calls for Italy and Taiwan to jointly condemn and reject China’s rude behavior and reinforce cooperation and exchange with like-minded countries like Taiwan to defend democracy and freedom against authoritarian oppression,” MOFA concluded.