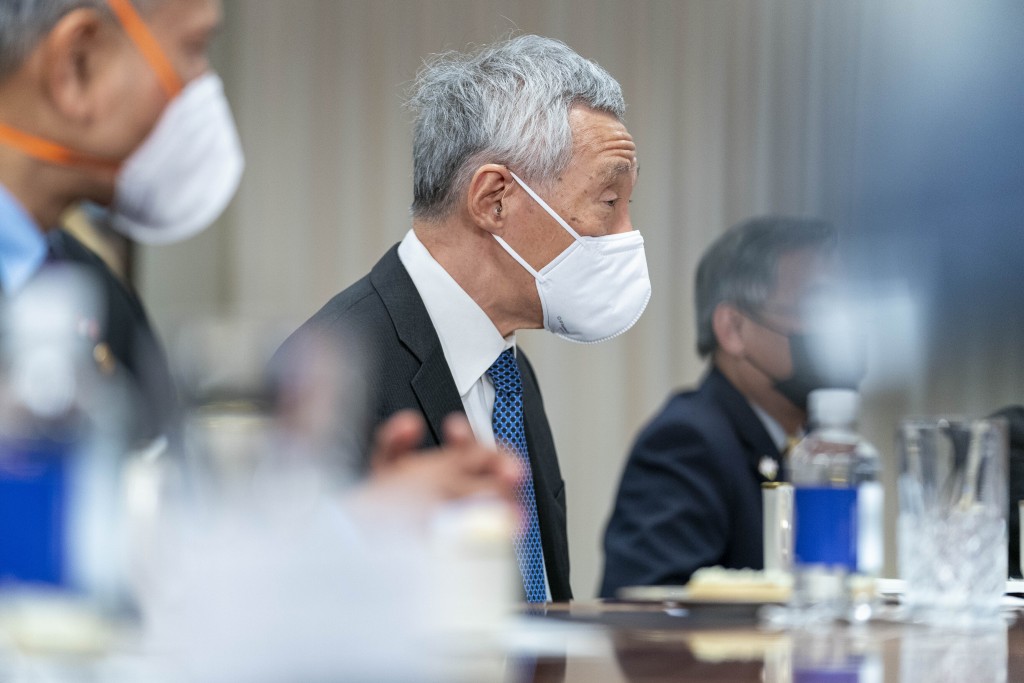 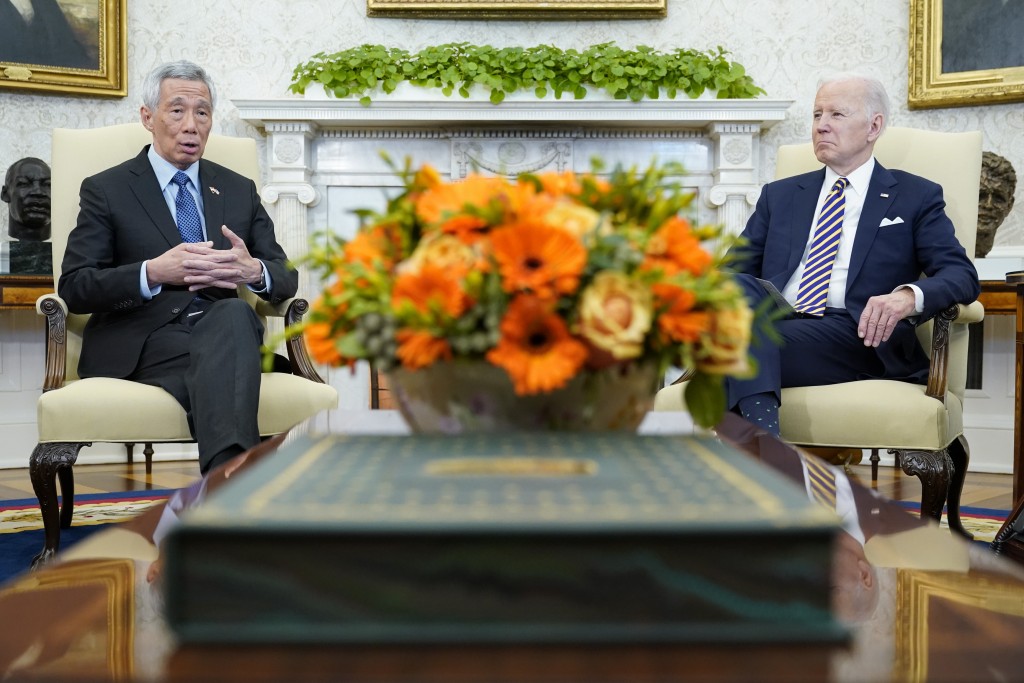 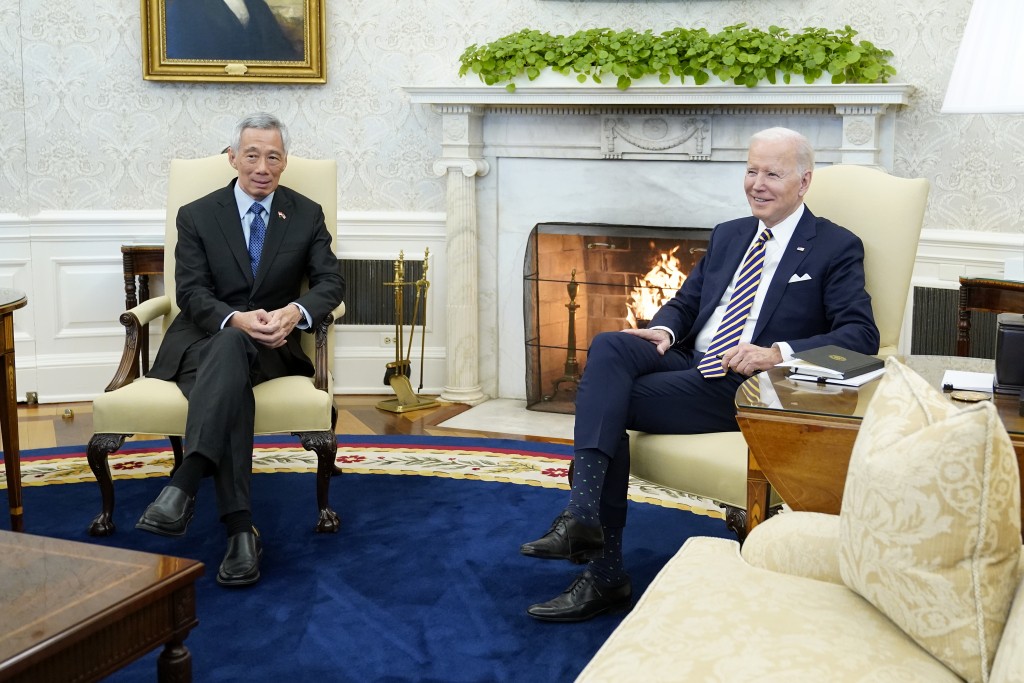 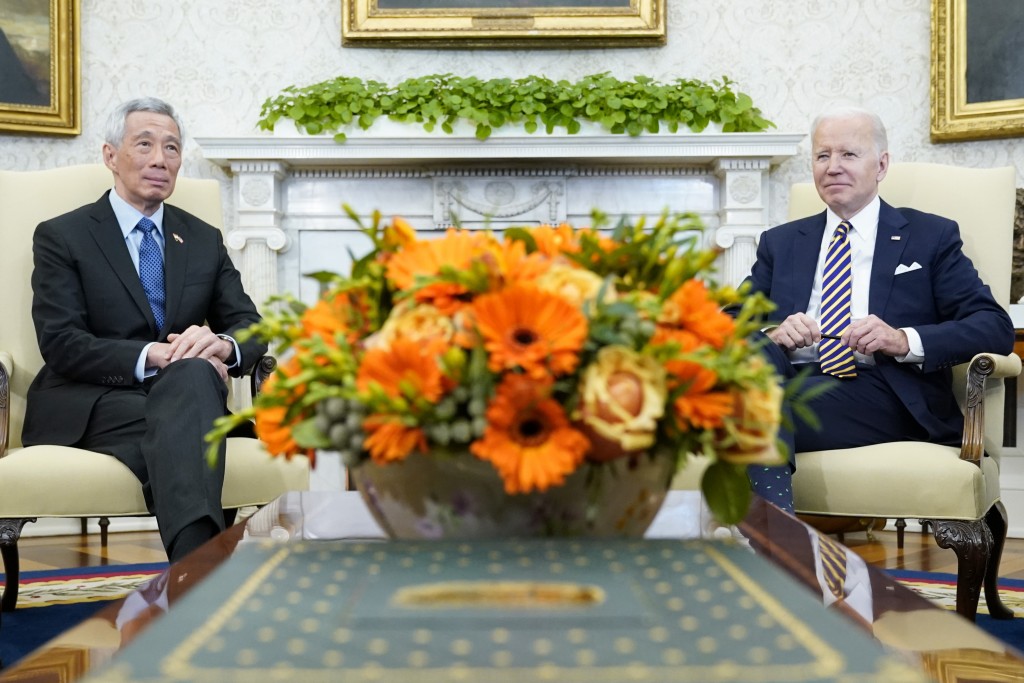 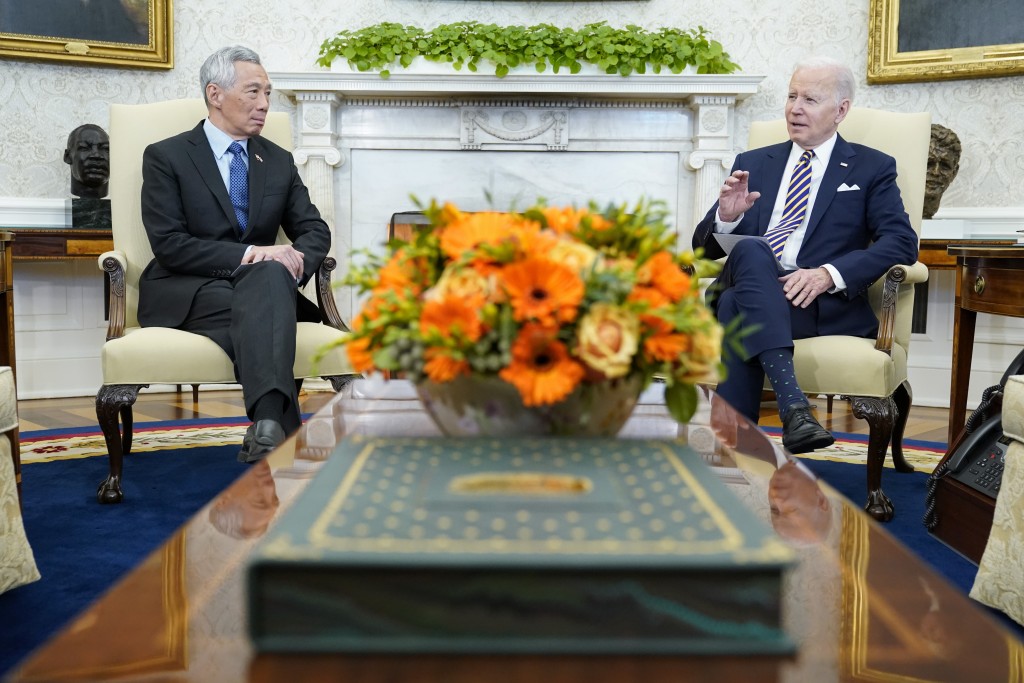 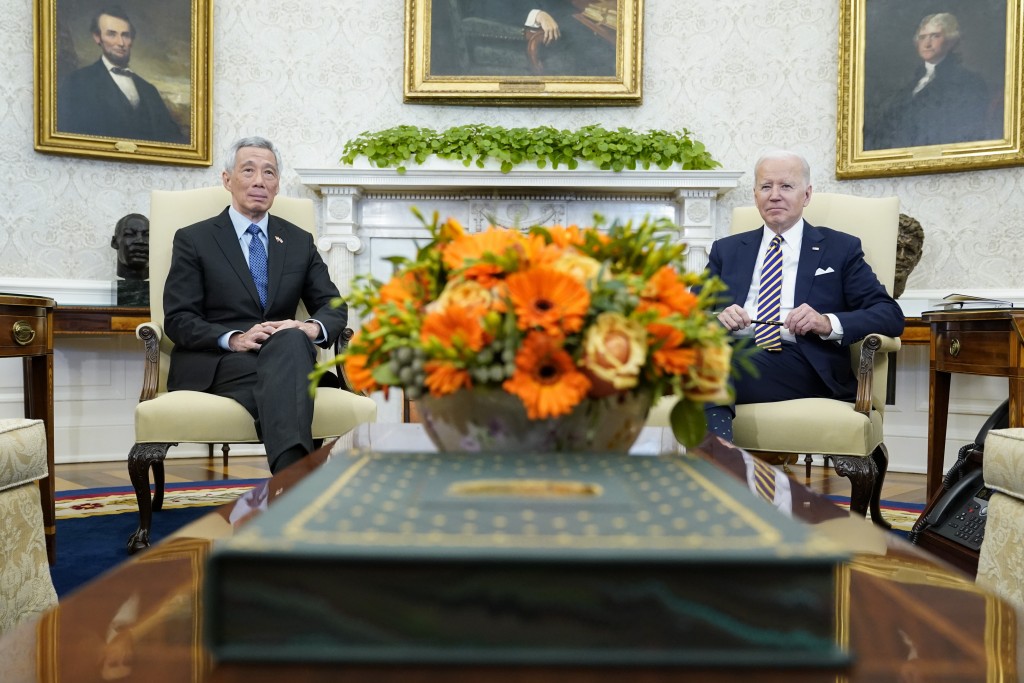 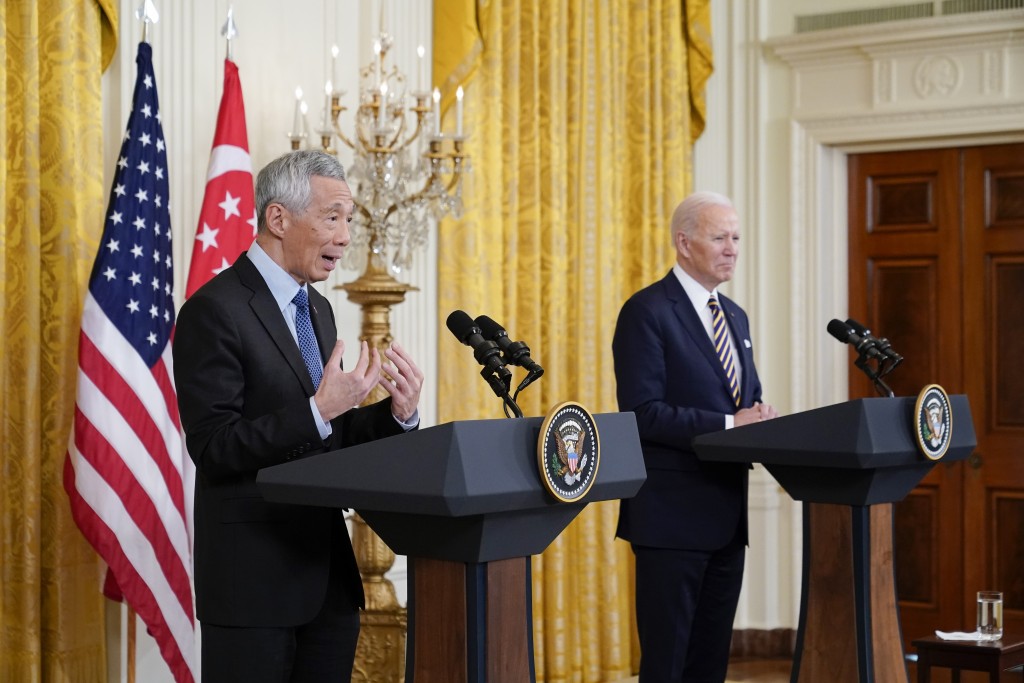 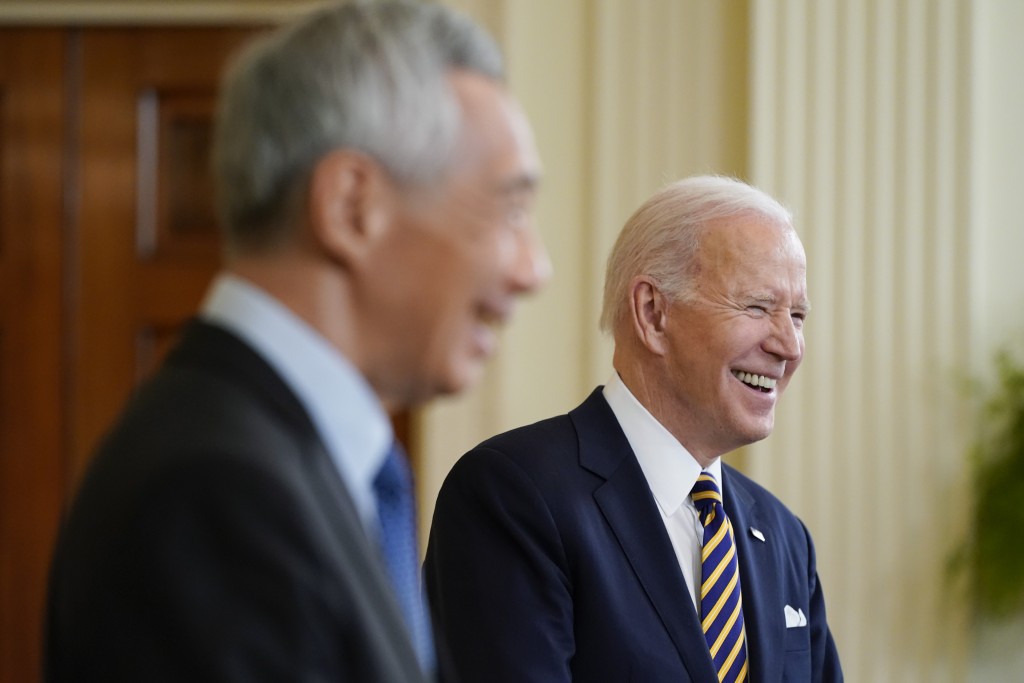 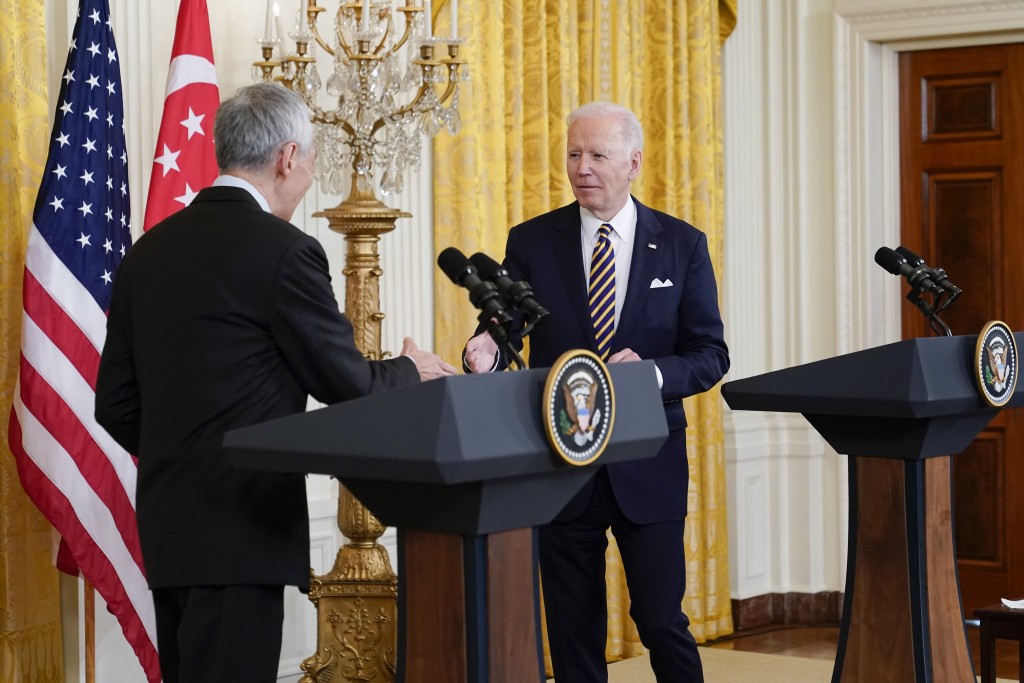 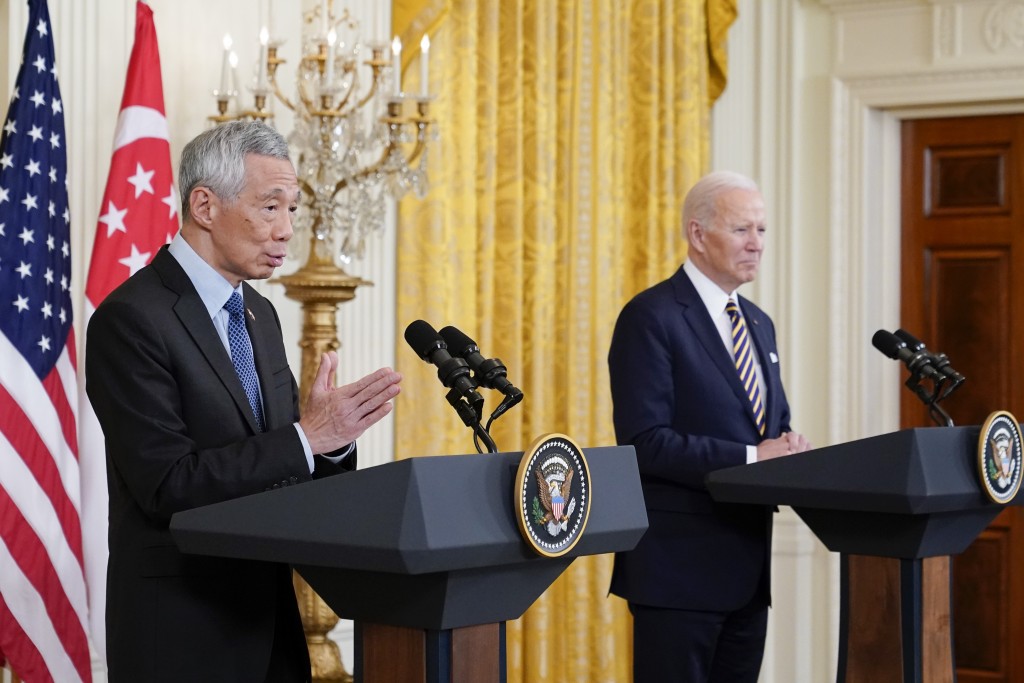 WASHINGTON (AP) — President Joe Biden on Tuesday said he wasn't yet convinced that Russia's announcement that it would scale back military operations near the Ukrainian capital of Kyiv will lead to a fundamental shift in the war.

Biden, during an appearance with Singapore Prime Minister Lee Hsien Loong following bilateral talks at the White House, said he was waiting to see what Russia offers in ongoing talks with Ukraine and how Moscow readjusts its troop presence.

U.S. and Western officials have expressed skepticism about Russia's announcement earlier on Tuesday that it would dial back operations in an effort to increase trust in ongoing talks between Ukrainian and Russian officials in Turkey.

“We’ll see," Biden said. "I don’t read anything into it until I see what their actions are.”

White House communications director Kate Bedingfield later expressed an even greater skepticism, saying the administration views any movement of Russian forces as a “redeployment and not a withdrawal" and “no one should be fooled by Russia's announcement.”

“The world should be prepared for a major offensive against other areas of Ukraine,” Bedingfield said. "Everyone should expect that we’re going to continue to see attacks across Ukraine."

Biden expressed his caution about the latest development after meeting with Lee for talks in which he sought to assure Singapore and other Pacific allies that his administration remains focused on the Indo-Pacific region even as they deal with the fallout of Russia's invasion of Ukraine.

Biden at the start of an Oval Office meeting with Lee said it was essential that his administration continue to work on bolstering relations with Singapore and other nations in the region. The president has made adjusting U.S. foreign policy to better reflect the rise of America’s most significant military and economic competitor, China, a central focus of his foreign policy, but Russia's invasion of Ukraine has complicated the effort.

Biden and Lee discussed the relationship between the U.S. and the Association of Southeast Asian Nations, promoting the return of democracy in Myanmar following last year's military coup and advancing economic growth in the region. Biden said he and Lee consulted on the situation in Ukraine and “freedom of the seas,” an issue of heightened importance in the region as Beijing has made territorial claims over most of the South China Sea.

Lee acknowledged that the timing of the visit underscored Biden's commitment to the region and that the U.S. would continue to "strengthen its strategic interests in the region.”

Lee noted that “the war in Ukraine has implications for the Asia Pacific" region, a seeming reference to China's saber-rattling toward Taiwan. Concerns were growing even before Russia invaded Ukraine about Beijing's calculations about Taiwan. Biden administration officials have said that Chinese President Xi Jinping has closely watched the U.S. and Western reaction to the Russian invasion.

White House officials have also said that China has offered Moscow military and economic help with its prosecution of the war.

Any conflict over the self-governing island democracy stands to involve the U.S., which is legally obligated to ensure Taiwan can defend itself and treats threats to the island as matters of grave concern.

The Biden administration has repeatedly underscored its “One China” policy, which recognizes Beijing as the government of China but allows informal relations and defense ties with Taipei. Biden also made clear that the U.S. strongly opposes China's unilateral efforts to change the status quo or undermine peace and stability across the Taiwan Strait.

“There are potential flashpoints and contentious issues in our region to which if not managed, well, could escalate to open conflict,” Lee said. “Countries with interests in the region need to pursue all efforts to settle disagreements through peaceful means, so that we can avoid reaching a point of no return.”

Singapore, which typically waits for United Nations backing before implementing sanctions, has imposed restrictions on some exports and a ban on financial institutions from doing business with Russian banks.

Biden thanked Lee for Singapore being a reliable ally, saying the island manages to “punch way above your weight.”

The president on Tuesday said he still planned to host the ASEAN summit this spring.