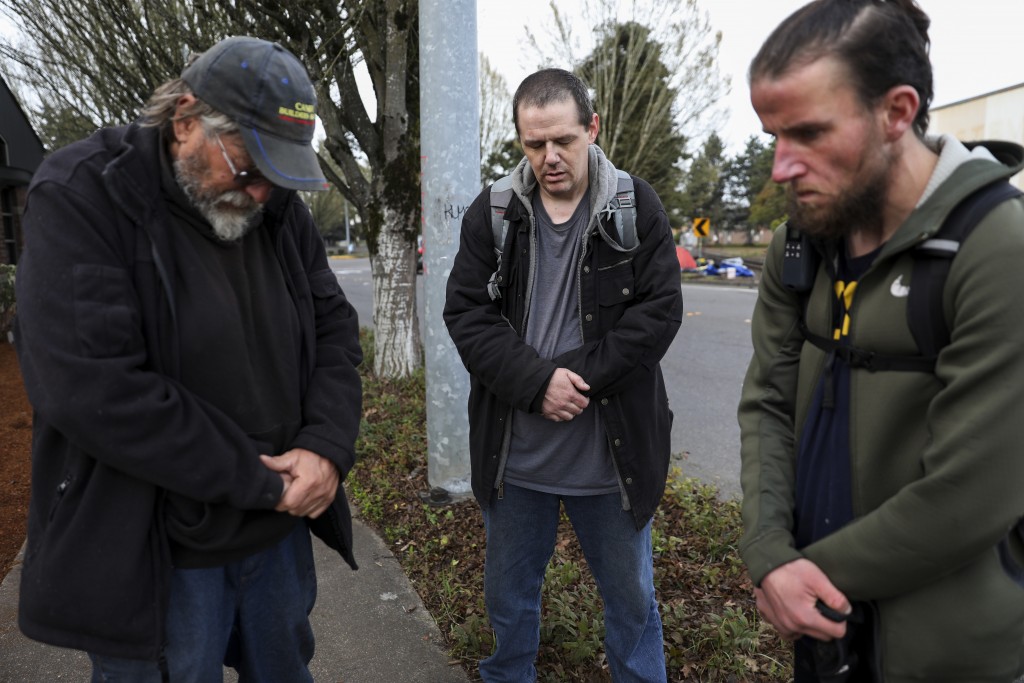 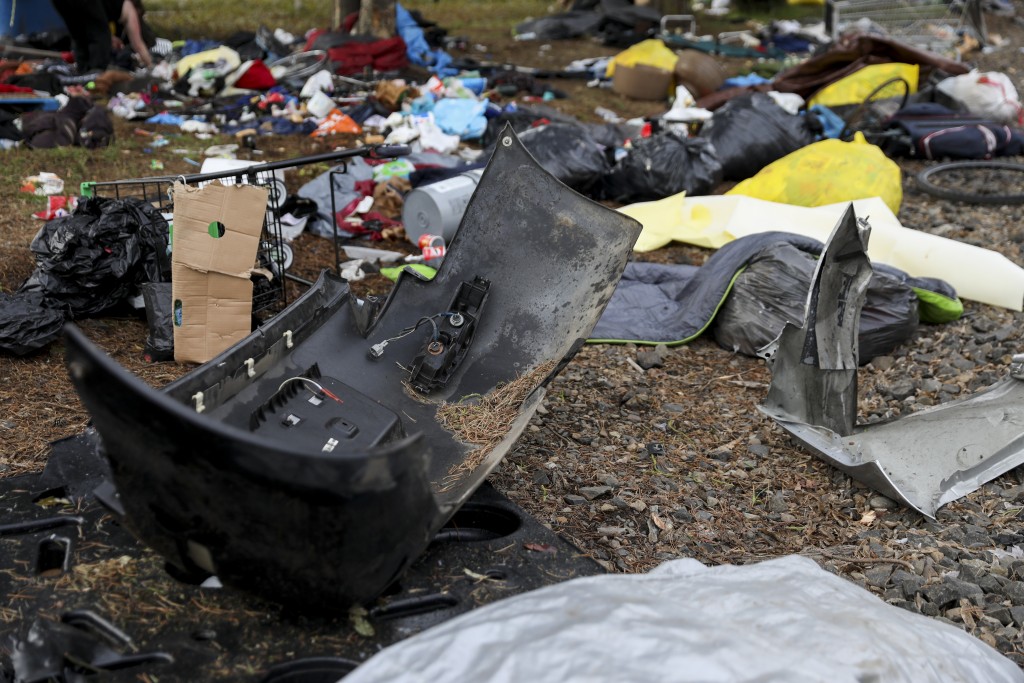 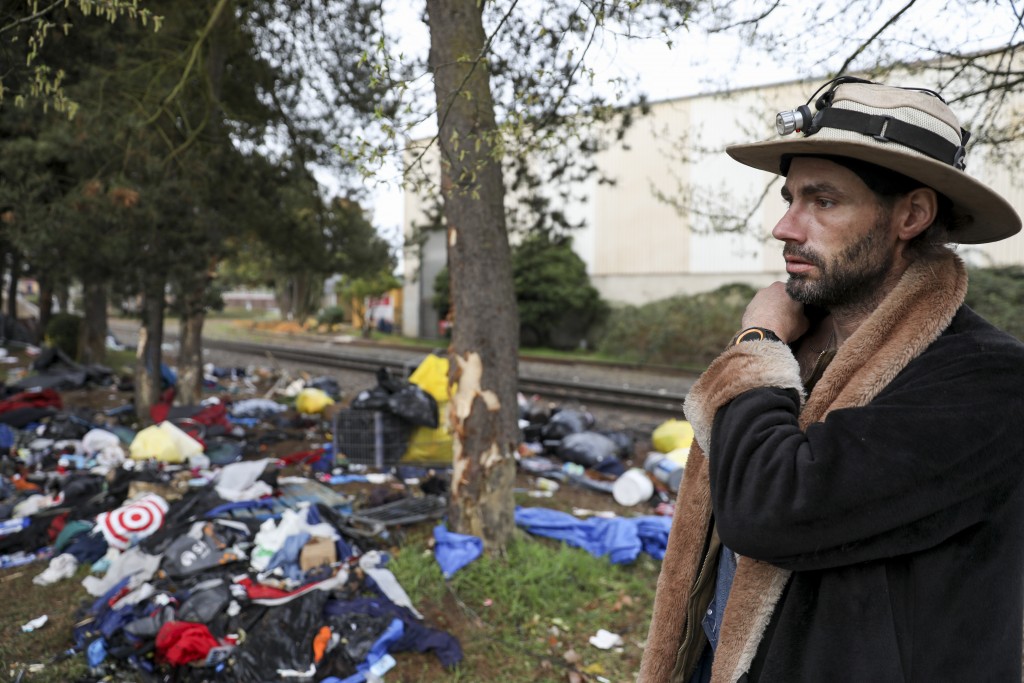 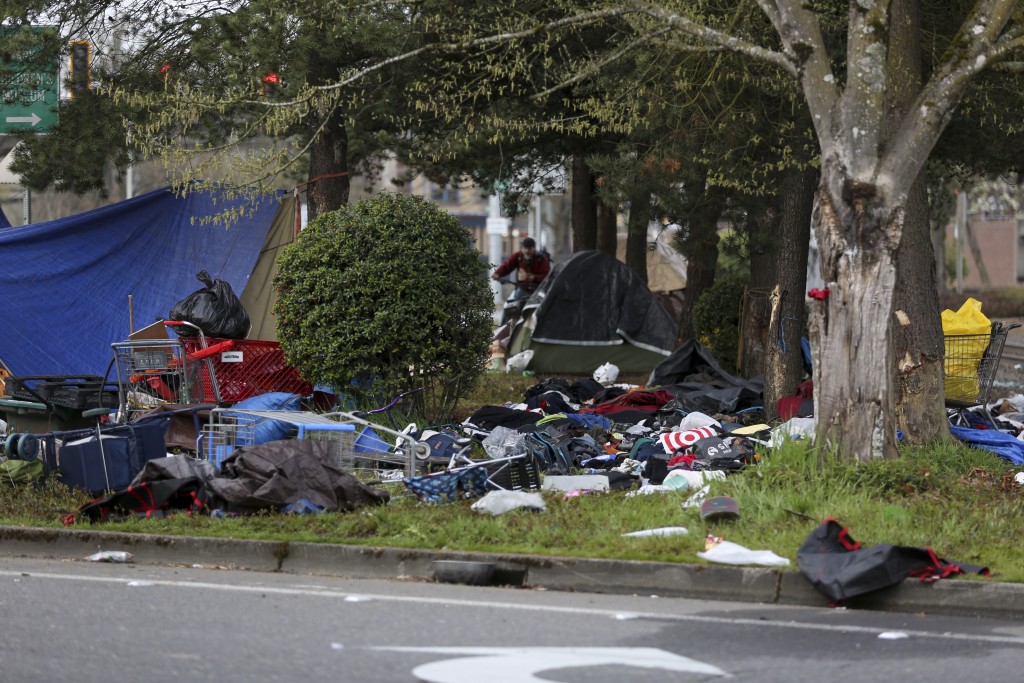 SALEM, Ore. (AP) — The man who allegedly drove into a homeless encampment in Salem, Oregon, killing four people, had roughly double the legal limit of alcohol in his blood, prosecutors said Monday.

Enrique Rodriguez Jr., 24, was ordered jailed without bail by a judge on Monday after being charged with four counts of first-degree manslaughter, second-degree assault, reckless driving and driving while under the influence of intoxicants.

The 2 a.m. Sunday crash left a scene of chaos, with people trapped under the car. Two people died at the scene and two died at the hospital, police said. After the dead and injured were taken away, flattened tents, an overturned shopping cart and a deeply scarred tree marked the scene. Mourners left bouquets of flowers at the base of the tree.

“My friends are dead and I don’t know what to say," Mike Wade, who came to the camp on Sunday after hearing about the crash, told the Salem Statesman Journal newspaper.

Rodriguez had 0.15% or more alcohol in his blood, according to a charging document filed with the Marion County Circuit Court. A blood alcohol level of 0.08%. or higher constitutes driving under the influence, according to Oregon law.

The Salem Police Department said on Sunday “alcohol may have been a contributing factor” in the crash. Judge Jennifer Gardiner appointed a public defender to represent Rodriguez. The attorney, Aaron Jeffers, didn't immediately return a call seeking comment.

The crash happened on a small triangle of trees and grass near the Willamette River and near a new men’s shelter and a program that offers emergency housing assistance, showers, food and other services for the homeless.

On March 3, the city of Salem cleared dozens of homeless people from a makeshift campsite located just a block away, at Marion Park. City officials had posted notices about the pending action, and community providers walked through the camp offering to connect them with services, the Statesman Journal reported.

A new law that takes effect next year restricts how cities and counties — including Marion County, where Salem is located — can react to homeless camps.

In 2021, Gov. Kate Brown signed a bill passed by the Legislature to protect homeless campers in public spaces from being removed. It mandates that any city or county law must be reasonable if it regulates “sitting, lying, sleeping or keeping warm and dry outdoors on public property.”

Under the measure, a homeless person charged with violating a ban on camping or loitering would have an affirmative defense against a law that is not objectively reasonable.

The Marion County Board of Commissioners opposed it, however, saying the measure “would limit local control of the homeless crisis facing Oregon.”

Becky Straus, staff attorney with the Oregon Law Center, said the law will force local governments to review their camping and related ordinances “in a way that recognizes the reality of Oregon’s rising rates of homelessness.”