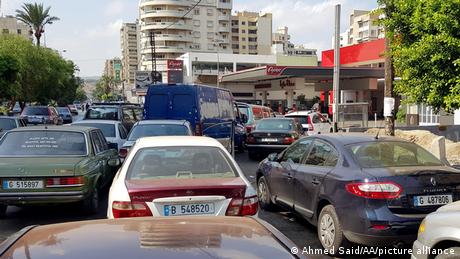 France, Germany and Luxembourg have frozen more than $130 million (€120 miillion) in assets linked to a probe into money laundering in Lebanon, a major EU crime agency said on Monday.

The move comes as Lebanon struggles with a crippling economic crisis since 2019 that is rooted in years of corruption and mismanagement and has persisted as solutions continue to be hampered by the political establishment.

Who has the EU targeted in the probe?

It added that they are suspected of embezzling public funds in Lebanon amounting to more than $330 million and $5.5 million, between 2002 and 2021.

But Eurojust did not make clear that their investigation was related to Salemeh, who is also being investigated by at least five countries for suspected embezzlement.

The crime agency said the suspects in the main investigation "are assumed to be innocent until they have been proven guilty, according to law."

How much did each country freeze?

Germany seized assets worth more than €35 million and Luxembourg an estimated €11 million across several bank accounts, the agency said.

Meanwhile, France seized assets worth at least €18.2 million euros and bank accounts worth €46 million euros in Monaco. The French authorities also seized a building in Brussels worth €7 million.

A Lebanese banker told AP news agency on the condition of anonymity that the Eurojust statement "did not give any hint, or proof or a fact that the assets frozen are linked or related in any way into Forry's operations," though he did recognise the similarity in figures mentioned.