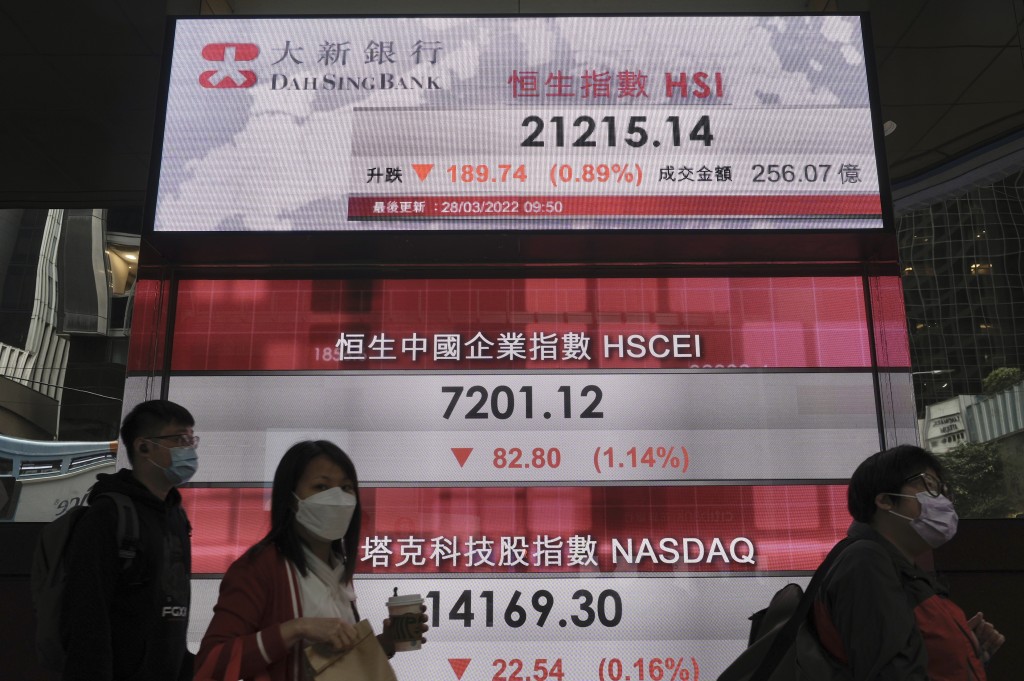 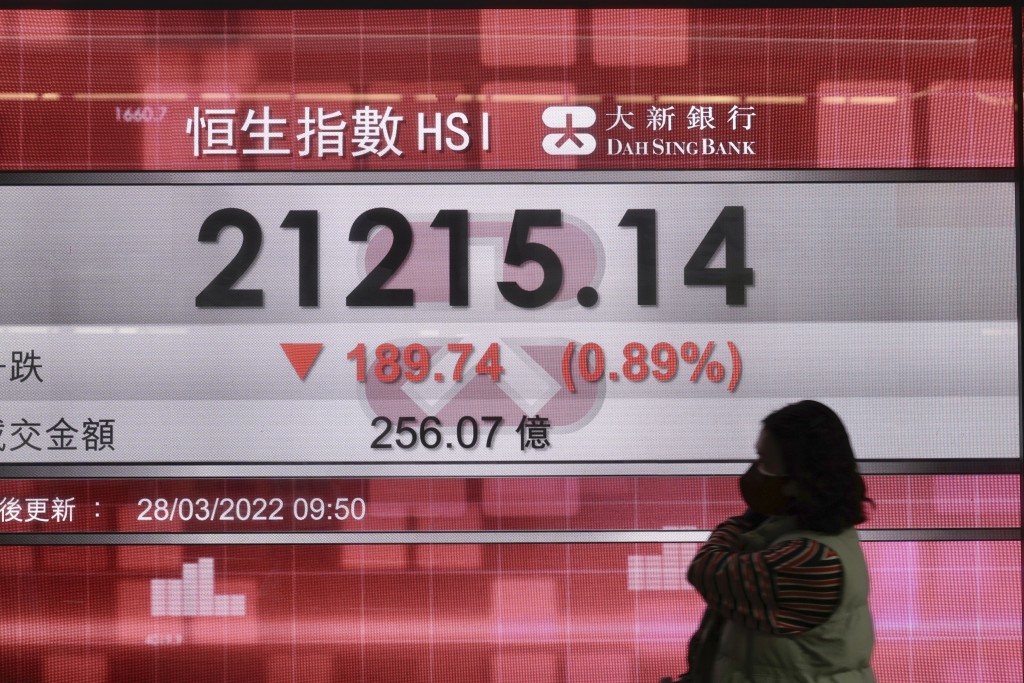 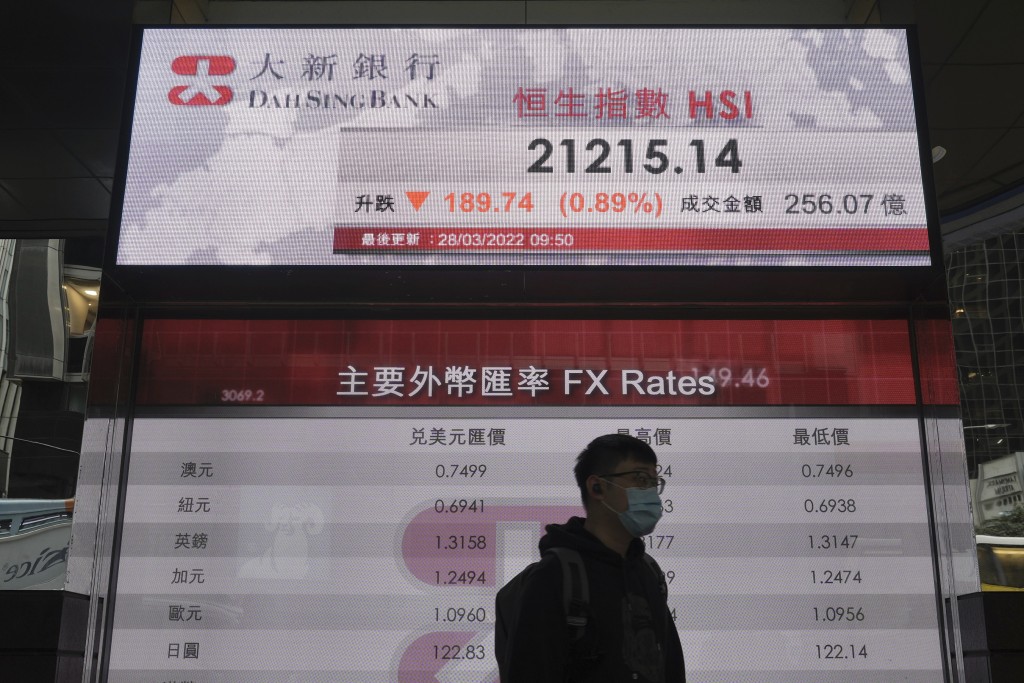 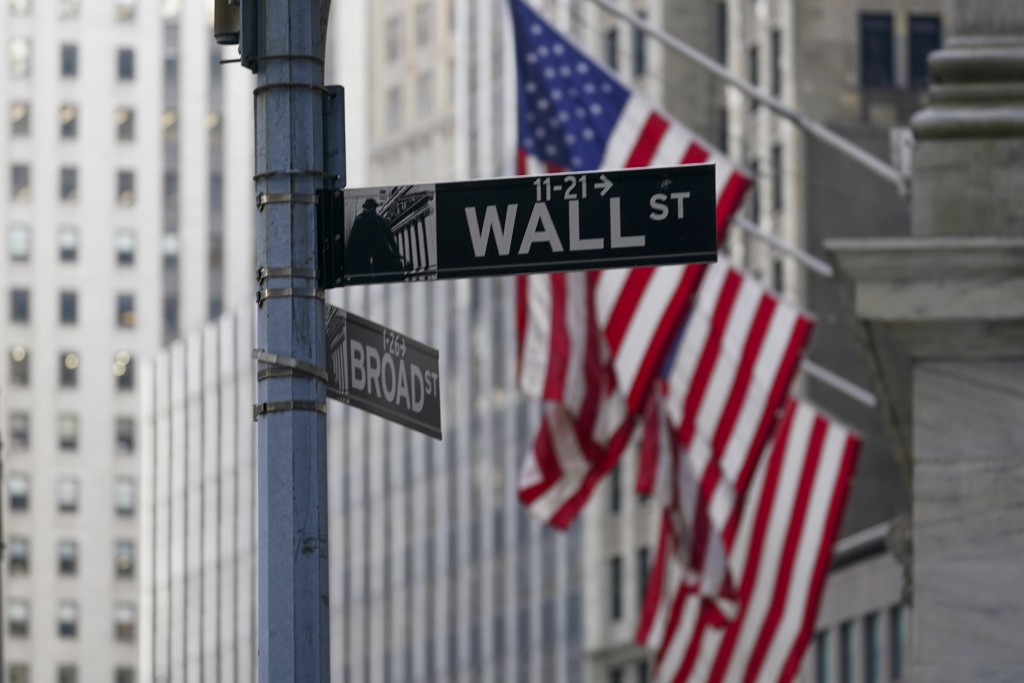 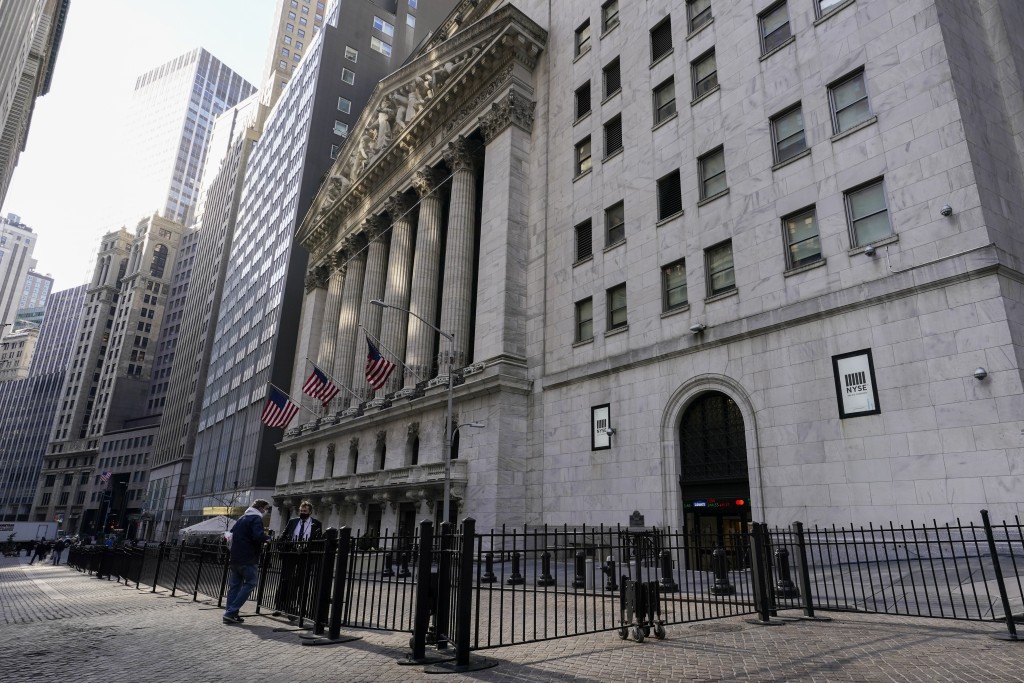 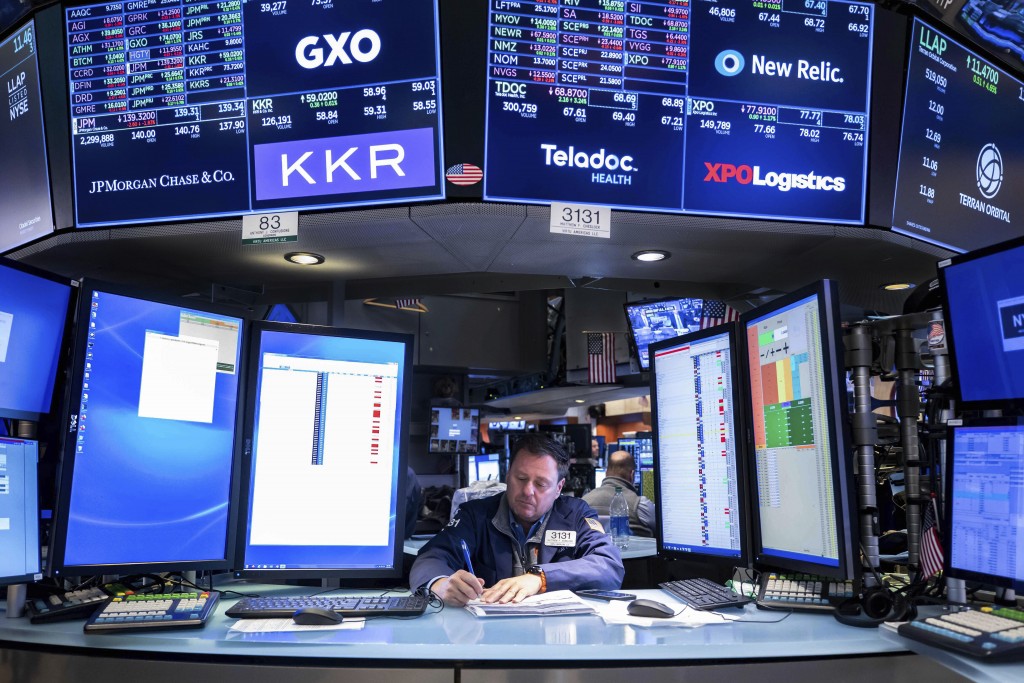 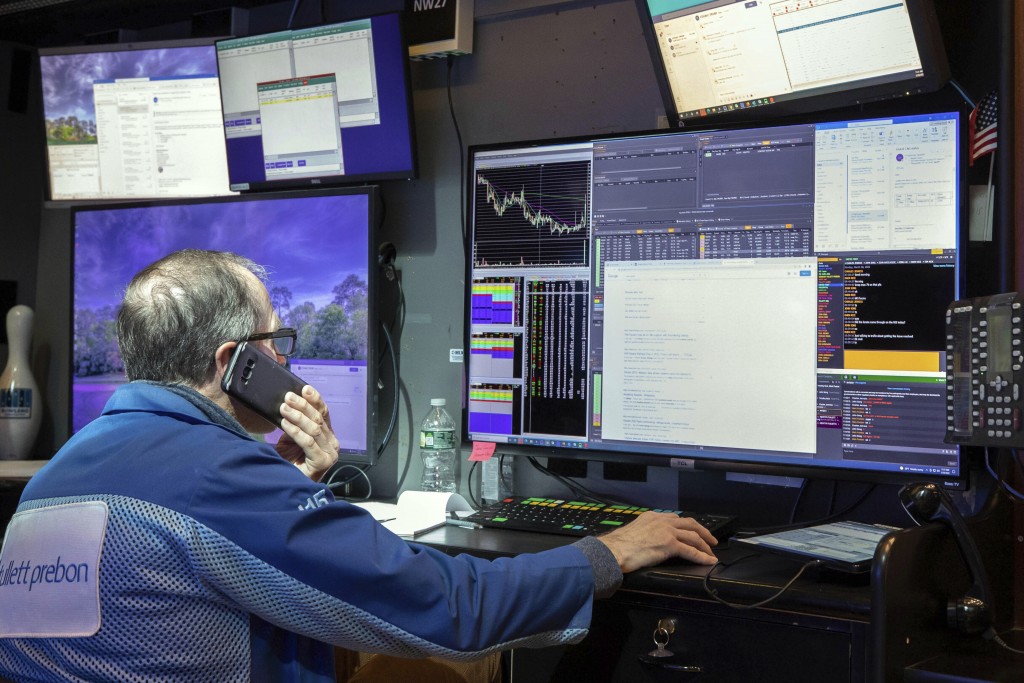 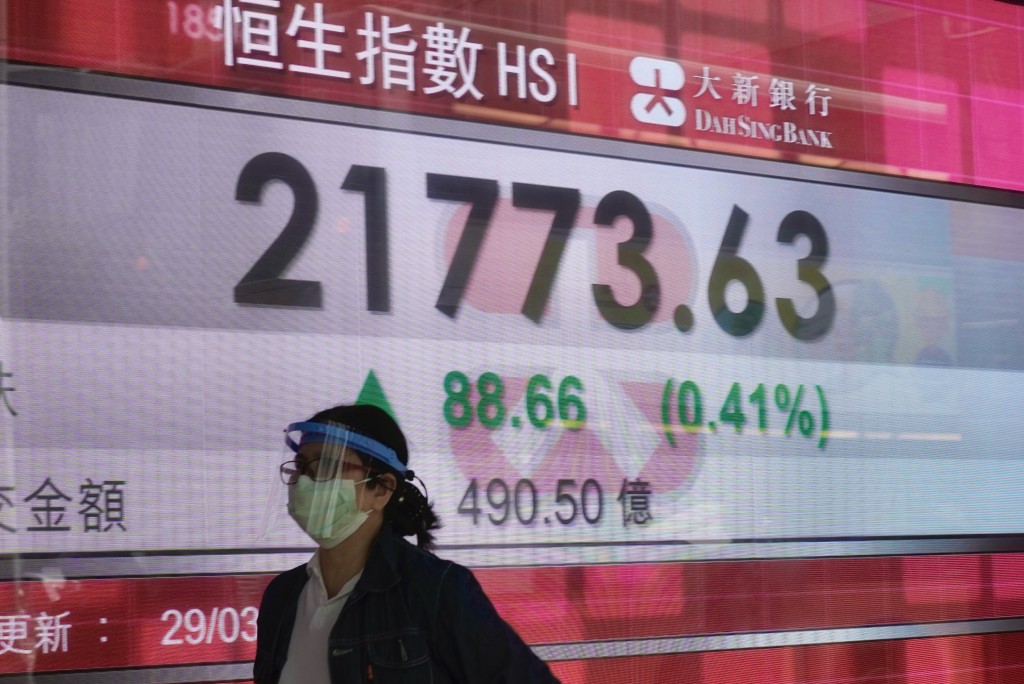 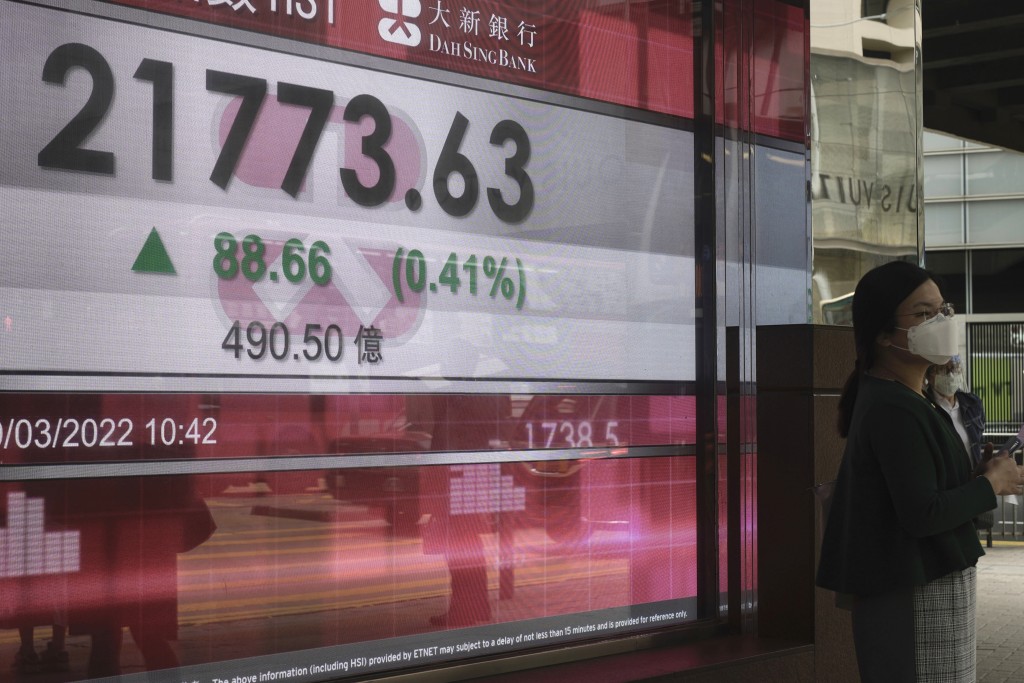 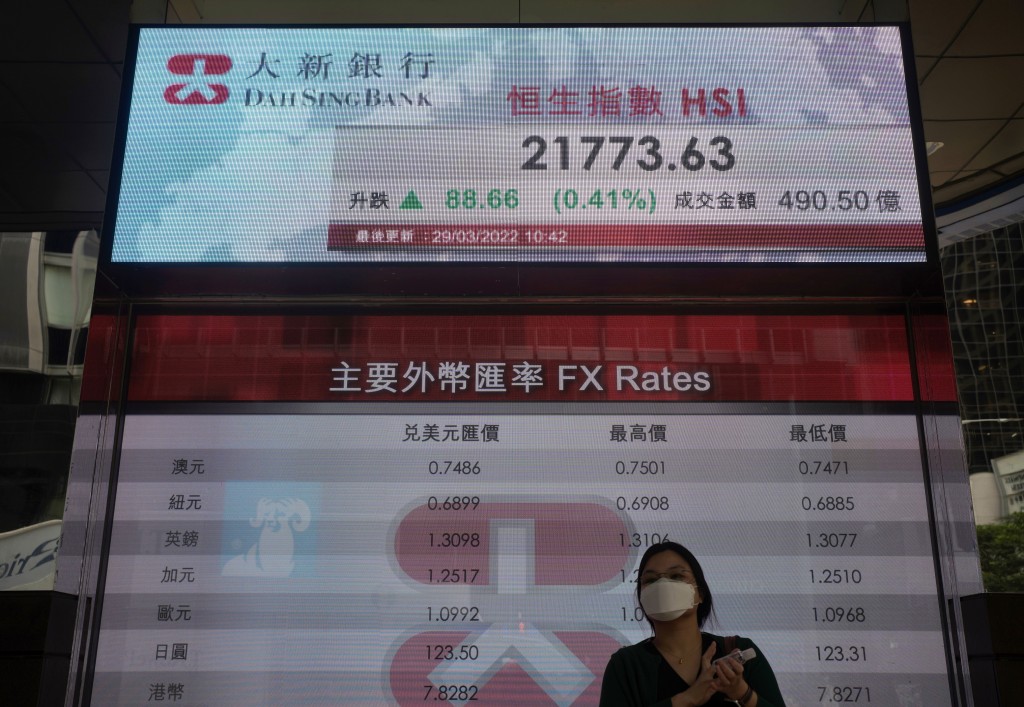 BANGKOK (AP) — Asian shares were higher Tuesday after an advance on Wall Street ahead of another round of peace talks between Russia and Ukraine.

Trading has remained choppy as investors try to gauge what’s next for inflation and the global economy as the repercussions of Russia’s invasion of Ukraine continue to play out.

Ukrainian forces claimed to have retaken a Kyiv suburb and an eastern town from the Russians in what is becoming a back-and-forth stalemate on the ground, while negotiators began assembling in Turkey for another round of talks Tuesday aimed at stopping the fighting.

Ukrainian President Volodymyr Zelenskyy said his country could declare neutrality to secure peace, but would prioritize protecting its sovereignty and territory.

Australia's S&P/ASX 200 surged 0.7% to 7,467.20. Its government plans to increase spending on national security while reducing costs for households, in part by reducing a tax on gasoline, Treasurer Josh Frydenberg said before presenting a budget proposal Tuesday.

“China, Japan, South Korea and Taiwan are major oil importers, hence lower oil prices may be deemed as positive for their economies," Yeap said in a commentary.

U.S. crude oil lost 71 cents to $105.21 a barrel in electronic trading on the New York Mercantile Exchange. On Monday, it slumped 7% and Brent crude, the international standard, fell 6.8%.

The latest retreat in oil prices followed the news of China's most extensive coronavirus lockdown in two years to control a growing outbreak in Shanghai. That could put a dent in global demand for energy.

Oil prices remain volatile amid the backdrop of Russia's invasion of Ukraine. The United Arab Emirates’ energy minister doubled down Monday on an oil alliance with Russia, saying that nation, with its 10 million barrels of oil a day, is an important member of the global OPEC+ energy alliance.

Tesla jumped 8% after saying it would seek shareholder approval to do another stock split. Plantronics jumped 52.6% after HP said it will buy the headset maker.

Bond yields eased back after shooting higher this month. The yield on the 10-year Treasury fell to 2.46% from 2.49% late Friday. Bond yields have been rising as Wall Street prepares for higher interest rates. The Federal Reserve has already announced a 0.25% hike of its key benchmark interest rate and is prepared to continue raising rates to help temper the impacts of rising inflation.