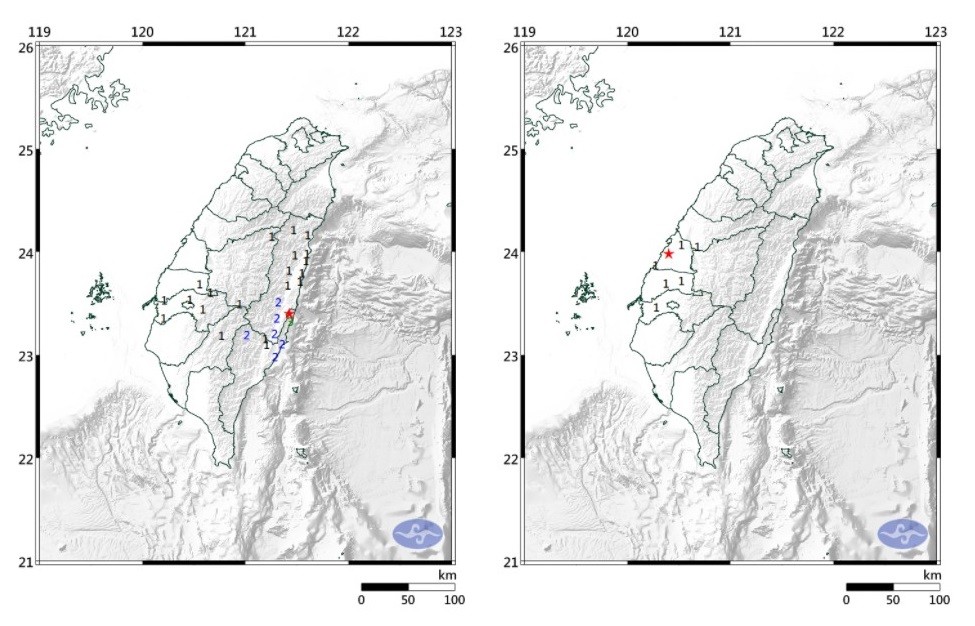 Taiwan uses an intensity scale of 1 to 7 to gauge the degree to which a quake is felt at a specific location.

No injuries or damage from either quake had been reported at the time of publication.

Since Wednesday’s (March 23) magnitude 6.6 earthquake, which was the fourth-largest since 1999’s Chi-chi earthquake, east Taiwan’s faults have remained active, jolting the counties of Hualien and Taitung multiple times a day. Within the eight hours after the quake, the CWB recorded over 150 aftershocks.