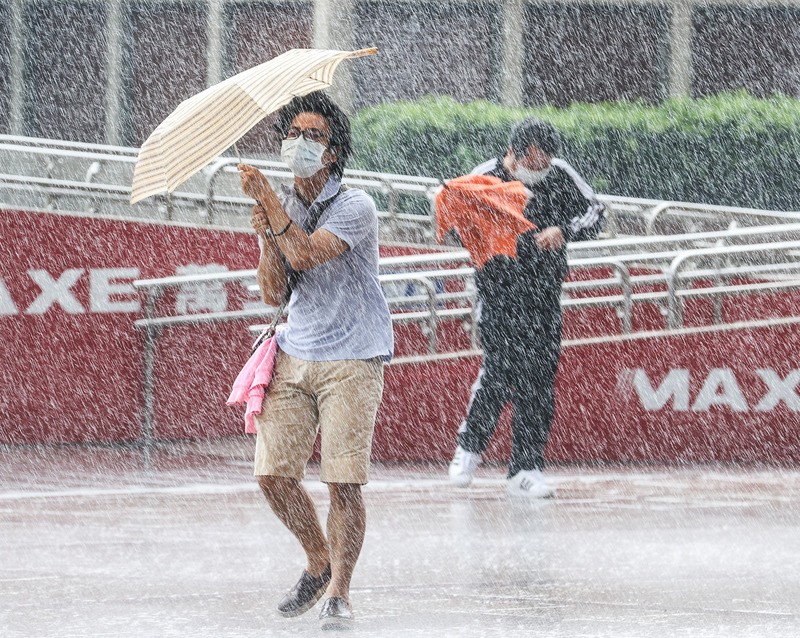 TAIPEI (Taiwan News) — Heavy rain with bouts of lightning and sudden gusts of wind are expected in many parts of central and northern Taiwan from Saturday (March 26) evening into Sunday (March 27), according to an advisory by the Central Weather Bureau.

Forecasters expanded the heavy rain warnings to include 10 cities and counties, including Taipei City, New Taipei City, and Keelung City in the north; Taoyuan City, Hsinchu City, Hsinchu County, and Miaoli County on the west coast; Taichung City and mountainous parts of Nantou County in central Taiwan; and Hualien County on the east coast, CNA reported. Yilan County was the only area in northern Taiwan not covered by the bureau’s rain warnings.

In addition to strong winds and heavy rain, residents of mountainous regions should also be aware of the risk of falling rocks and landslides, the bureau said.

By 1:30 p.m. on Saturday, the popular tourist destination of Hehuanshan on the border between Nantou and Hualien had already received 80 millimeters of rain, while more than 60 mm had fallen in Taichung’s Heping District.

In marked contrast, foehn winds drove temperatures in Taitung up above 34 degrees Celsius, with a maximum of 36.4 degrees recorded in Jinlun, and 35.7 in Taimali.