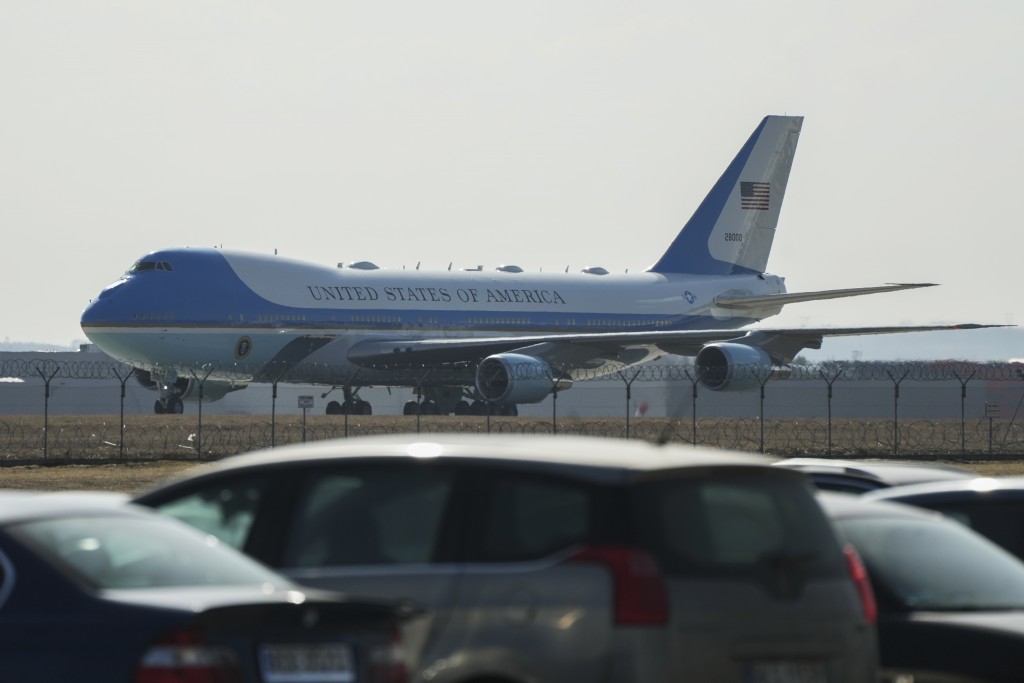 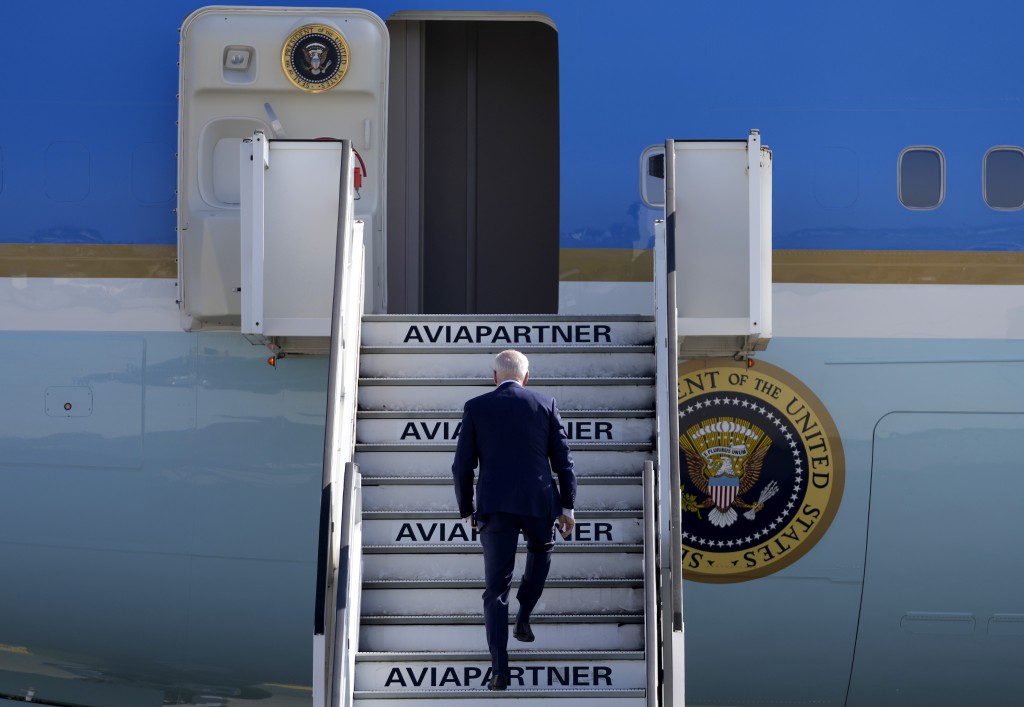 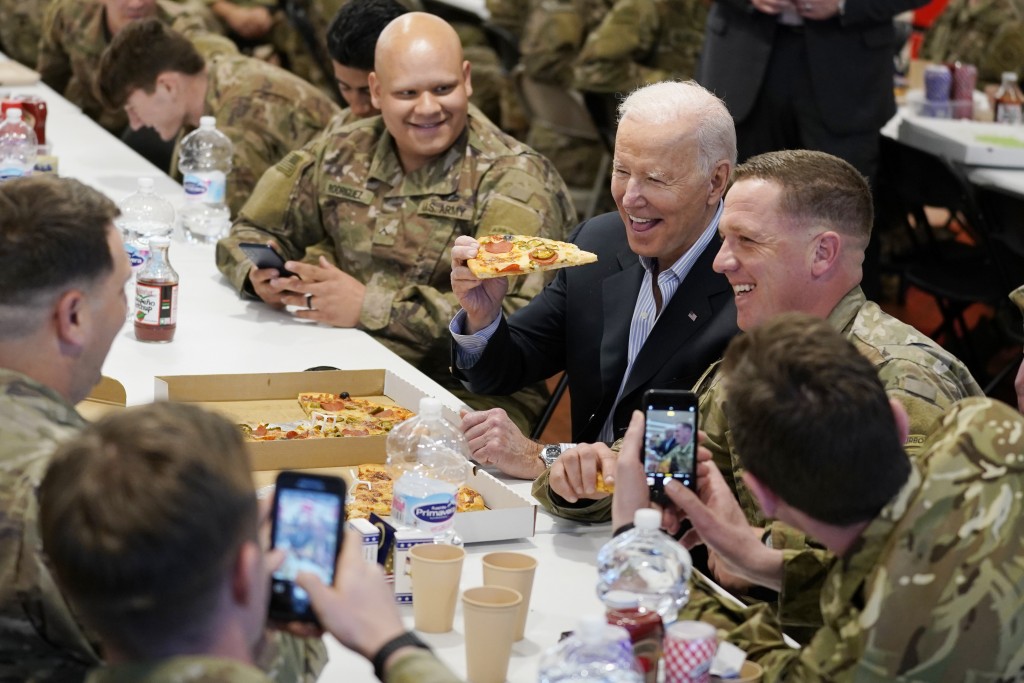 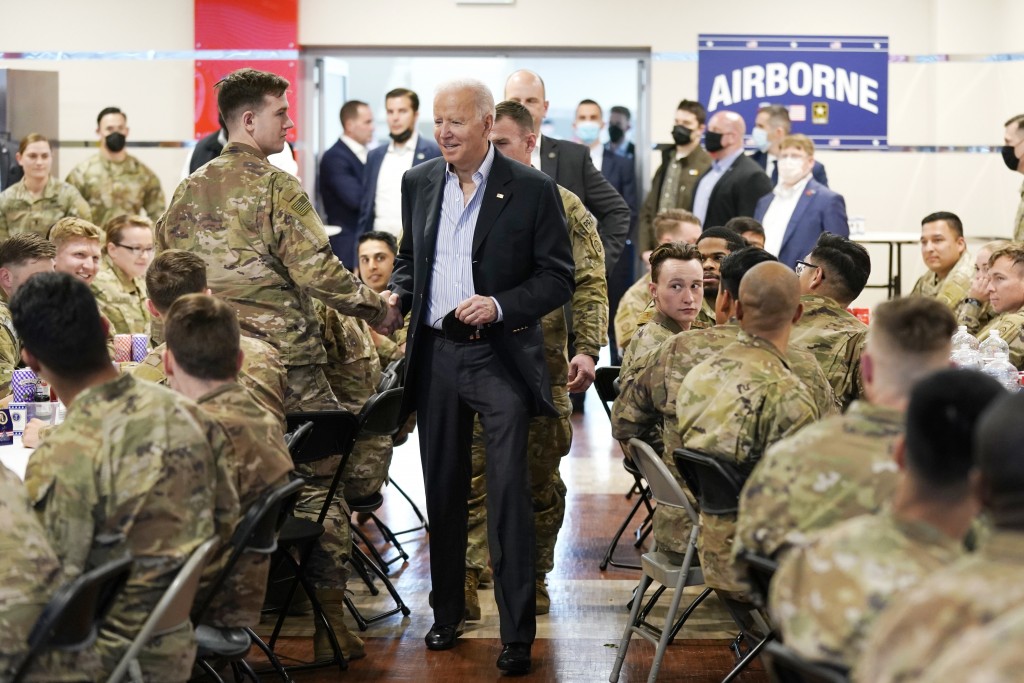 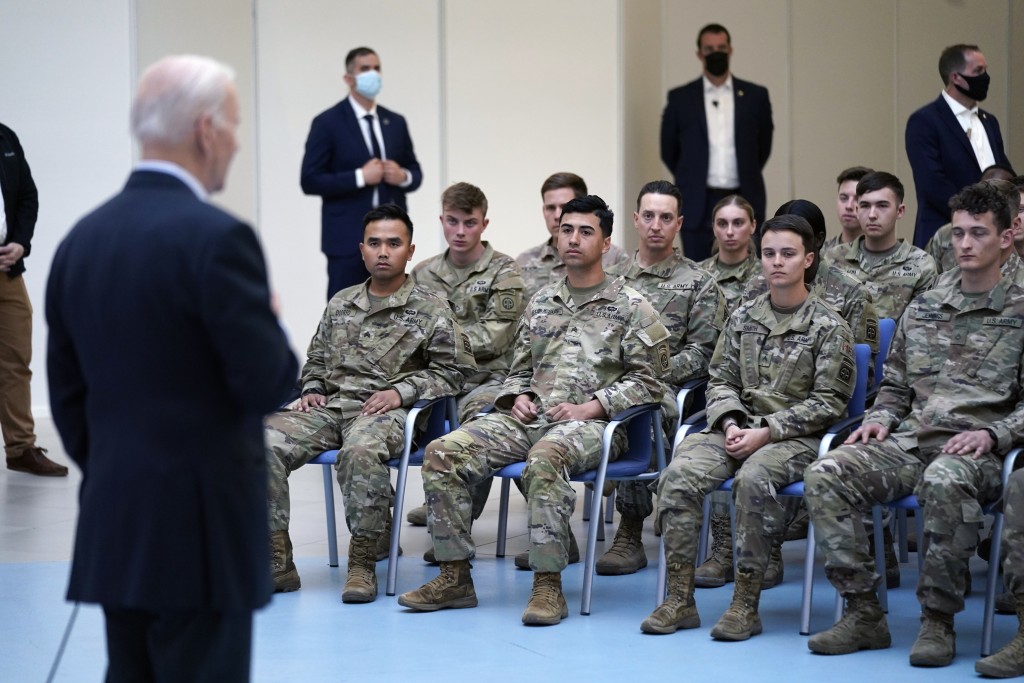 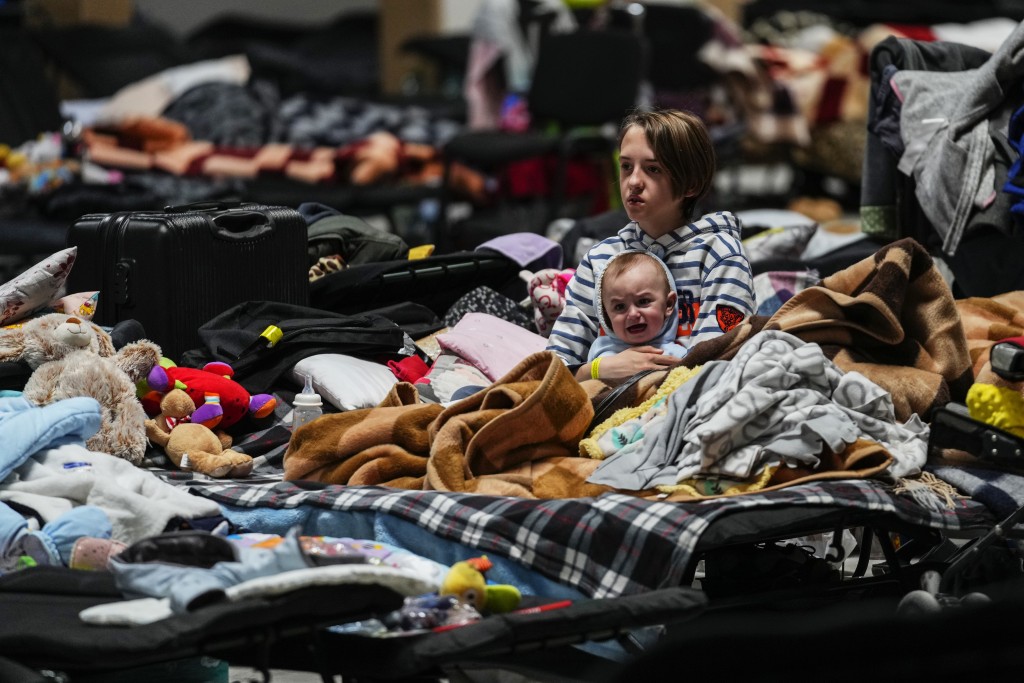 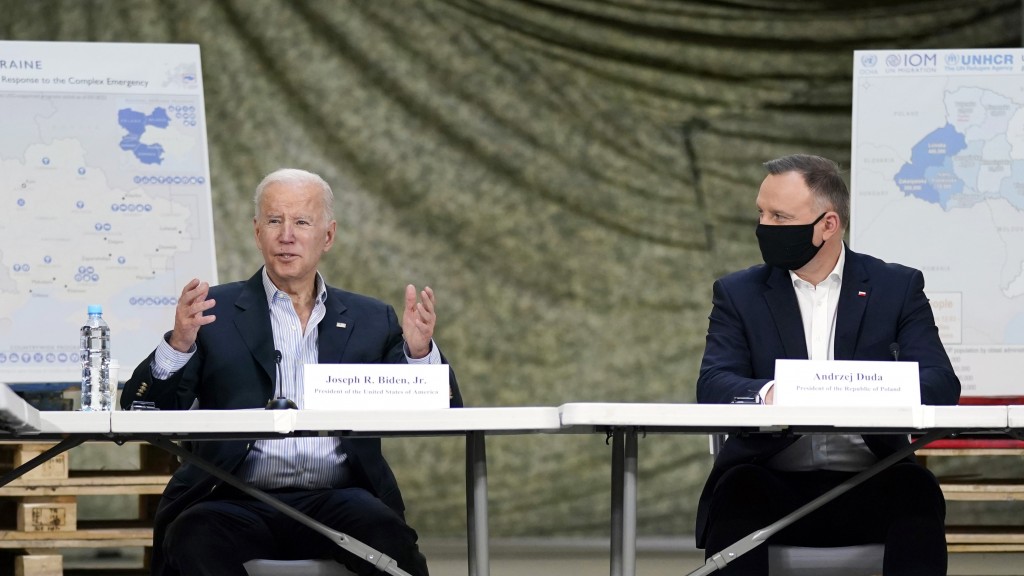 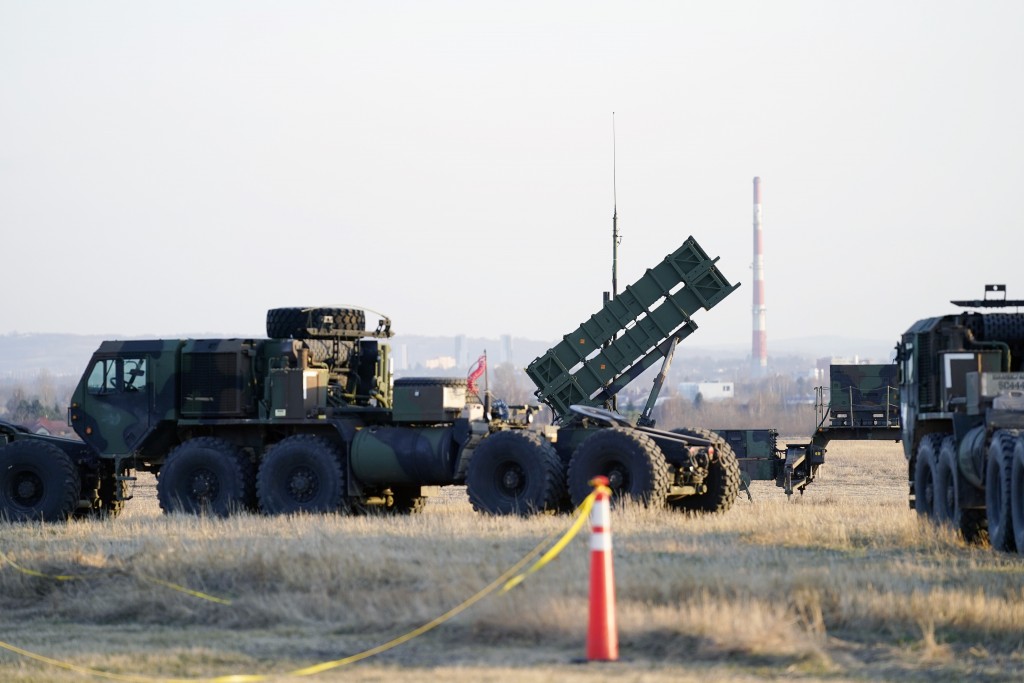 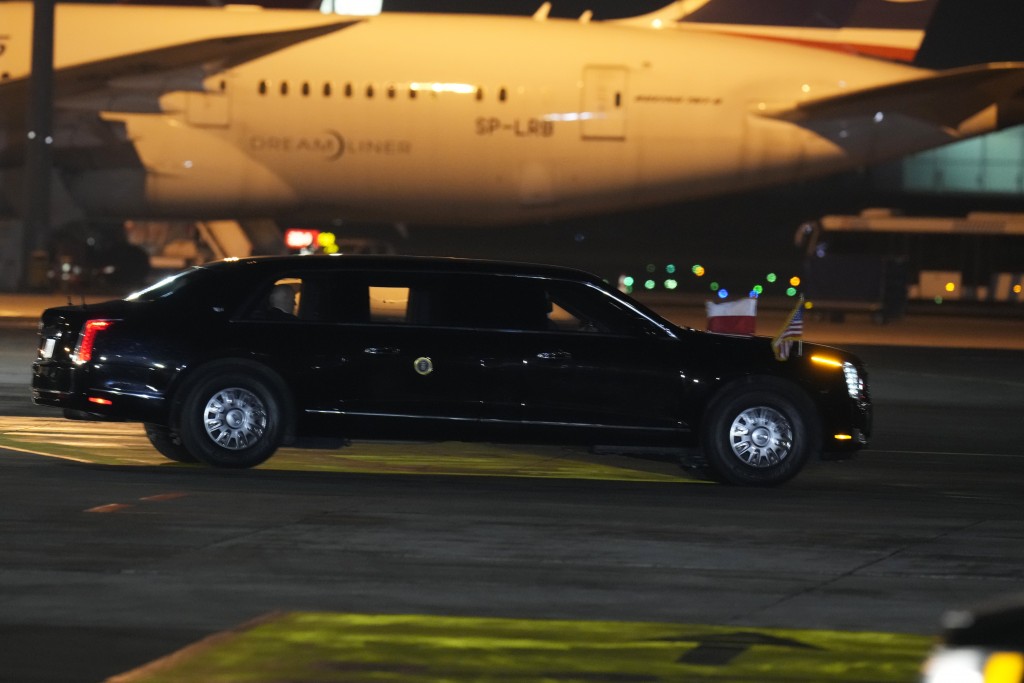 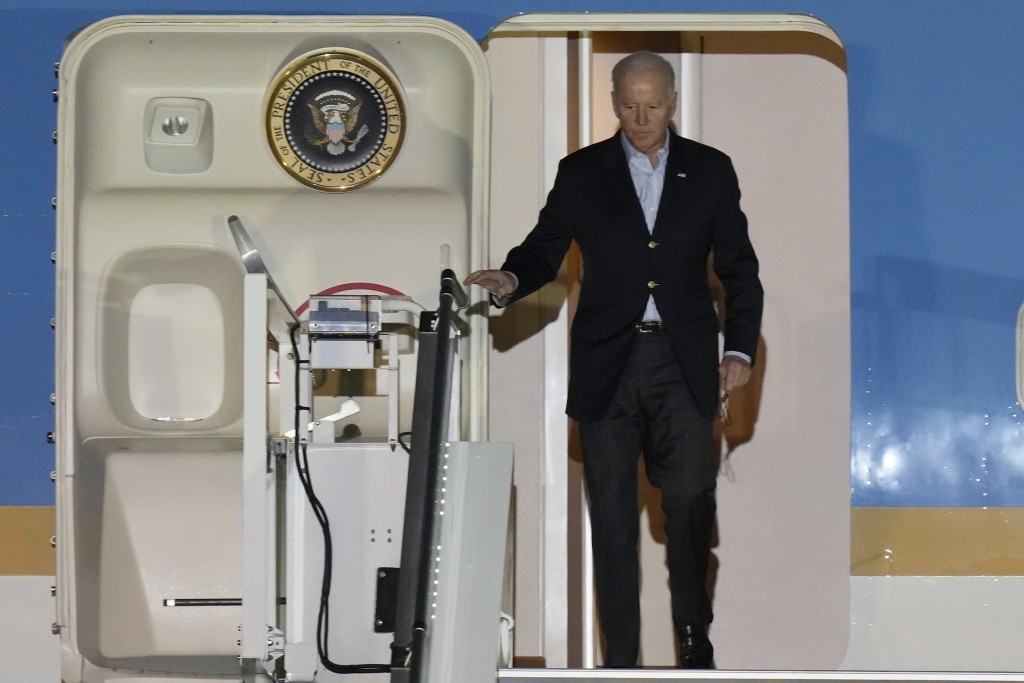 RZESZOW, Poland (AP) — Just 60 miles from Ukraine, President Joe Biden saluted Poland on Friday for welcoming more than 2 million refugees who have fled Russia's invasion. Then he met with humanitarian experts on the ground about what will be needed to mitigate the growing suffering.

Biden said he had hoped to get even closer to the border but was prevented because of security concerns. Still, he said he wanted to visit Poland to underscore that the assistance it is providing is of “enormous consequence" as Europe experiences the biggest refugee crisis since World War II.

“It’s not stopping," Biden said of the devastation in Ukraine. "It’s like something out of a science fiction movie.”

Biden also visited with some of the thousands of U.S. troops who have been sent near Poland’s border to assist with the humanitarian emergency and to bolster the U.S. military presence on the eastern flank of NATO. More than 3.5 million Ukrainians have fled the country since the Feb. 24 invasion, including about 2.2 million to Poland, according to the United Nations.

Within a few days, the number of refugees displaced from Ukraine since last month will exceed the number of Syrians routed from their homes over years of conflict after a 2011 uprising turned into a full-scale war, said Samantha Power, the U.S. Agency for International Development administrator.

The American military commitment in Poland was apparent as soon as Air Force One touched down, rolling past Patriot missile batteries. More hardware, including heavy trucks and other equipment painted with dark green and brown camouflage, was present at the airport. A nearby convention center serves as a base for the U.S. Army's 82nd Airborne Division.

Duda, through an interpreter, thanked Biden for his support. He said the Poles see the Ukrainians they are receiving as their “guests.”

“This is the name we want to apply to them," Duda said. “We do not want to call them refugees. They are our guests, our brothers, our neighbors from Ukraine, who today are in a very difficult situation.”

Biden's first stop was with 82nd Airborne troops, at a barber shop and dining facility where he invited himself to sit down and share some pizza. The Americans are serving alongside Polish troops.

With the troops, he shared an anecdote about visiting his late son, Beau Biden, while he was deployed in Baghdad and going by his mother’s maiden name so as not to draw attention to himself. The president jokingly razzed one service member about his standard-issue short haircut and seriously praised the troops, too.

“You are the finest fighting force in the world and that's not hyperbole,. Biden said.

He later addressed a group of soldiers in more formal remarks, telling them the nation “owes you big.” He also borrowed the words of the late Secretary of State Madeleine Albright to underscore their place in a fragile moment for the U.S. and its European allies.

"The secretary of state used to have an expression. She said, ‘We are the essential nation,’" Biden told the troops. “I don't want to sound philosophical here, but you are in midst of a fight between democracy and an an oligarch."

Biden will be in Warsaw on Saturday for further talks with Duda and others. The Polish leader had planned to welcome him at the airport on Friday, but his plane was delayed by a technical problem.

White House national security adviser Jake Sullivan said Biden was looking to hear directly from the American troops and humanitarian experts about the situation on the ground and “what further steps need to be taken to make sure that we’re investing” U.S. dollars in the right place.

Biden, who spent Thursday lobbying U.S. allies to stay united against Russia, speculated that what he sees in Poland “will reinforce my commitment to have the United States make sure we are a major piece of dealing with the relocation of all those folks, as well as humanitarian assistance needed both inside Ukraine and outside Ukraine.”

Speaking in Brussels after meetings with other world leaders, Biden said he had visited many war zones and refugee camps during his political career and “it's devastating” to see young children without parents or men and women with blank looks on their faces wondering, “My God, where am I? What's going to happen to me?”

He said Poland, Romania and Germany shouldn't be left on their own to deal with the largest refugee crisis in Europe since World War II.

“This is an international responsibility,” Biden said shortly after he announced $1 billion in additional assistance to help Ukrainian refugees. He also announced that the United States would take in up to 100,000 of those refugees. The White House has said most Ukrainian refugees eventually want to return home.

Biden said the United States is obligated to be “engaged and do all we can to ease the suffering and pain of innocent women and children and men" who make it across the border.

He said, “I plan on attempting to see those folks ... I hope I get to see a lot of people.”

Some refugees interviewed Friday at the train station in Przemysl, Poland, said they hoped to eventually return to Ukraine. They also weren't very hopeful about Biden's visit.

“For sure I do not have any expectations" about Biden, said a tearful Ira Satula, 32, from Kremenchug. Satula was grateful for all the support and Poland's warm reception.

“But home is home, and I hope we'll be there soon," Satula said.

“I think that we needed help a long time ago, long before,” she said.

Sullivan said Biden will give a speech Saturday on “the stakes of this moment, the urgency of the challenge that lies ahead, what the conflict in Ukraine means for the world.”