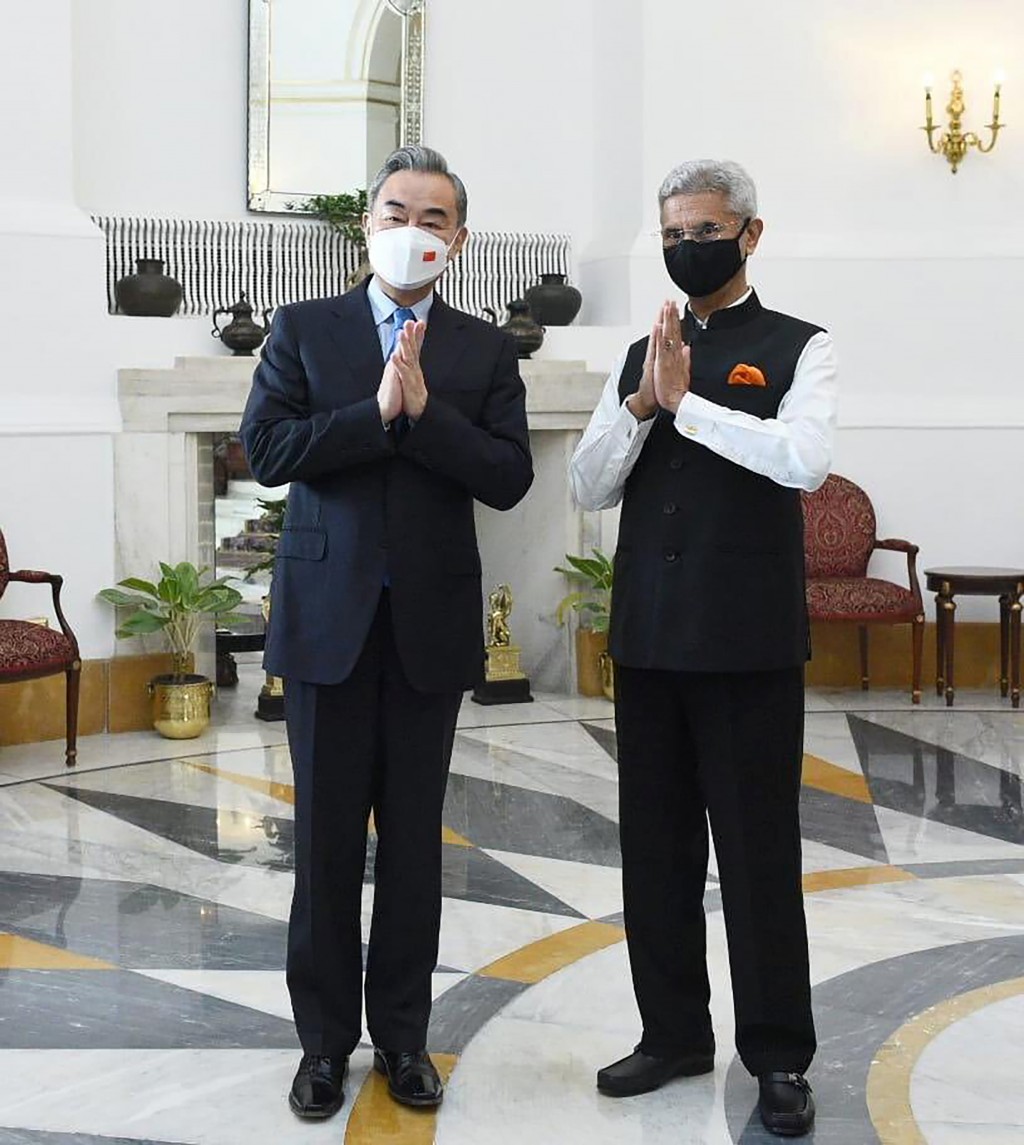 NEW DELHI (AP) — Chinese Foreign Minister Wang Yi met with his Indian counterpart and the national security adviser on Friday to expedite the disengagement of thousands of Indian and Chinese forces involved in a tense faceoff and occasional clashes along their disputed border, an Indian official said.

A fierce brawl in June 2020 exploded into hand-to-hand combat with clubs, stones and fists that left 20 Indian soldiers dead. China said it lost four soldiers in the clash.

"I would describe the current situation as a work in progress obviously at a slower pace than desirable," India’s External Affairs Minister Subrahmanyam Jaishankar told reporters. He was referring to 15 rounds of talks between military commanders as well as diplomatic contacts between the countries to end the impasse.

Friday's talks with Wang focused on expediting the disengagement of troops in friction areas and the possibility of de-escalating the situation, he said. "The fictions and tensions that arise from China’s deployment can’t be reconciled with the normal relationship between the two neighbors."

The two sides seemed to differ on that point, with Wang saying the border issue should neither define nor affect the overall development of China-India ties, China's official Xinhua News Agency said. Wang also said their two countries should resolve the border issue and manage their differences to promote bilateral relations.

Jaishankar said that Wang spoke about China’s desire for normalcy in ties with India. But he told him that would require restoration of peace and tranquility on the border, suggesting total disengagement of forces.

Since February last year, both India and China have withdrawn troops from some sites on the northern and southern banks of the Pangong Tso Lake, Gogra and Galwan Valley, but they continue to maintain extra personnel as part of their deployment.

The Indian side treated Wang’s first visit to New Delhi in more than two years as a low-key event, apparently unsure of the outcome. Jaishankar said the visit was not announced in advance at Beijing’s suggestion. Wang did not speak to the media after the meeting.

He is expected to leave for Nepal on Friday, after visiting Afghanistan on Thursday for talks with the new Taliban rulers.

The two officials also discussed the war in Ukraine. Both India and China have friendly ties with Russia and have rejected Western calls to condemn Moscow’s invasion.

Jaishankar said they "agreed on the importance of an immediate cease-fire as well as return to diplomacy and dialogue."

A day before Wang's trip, India criticized his comments on the disputed region of Kashmir during a speech he gave at a meeting of the Organization of Islamic Cooperation in Pakistan earlier this week.

Indian media reports quoted Wang as saying that China shares the same hope as the OIC on Kashmir. The OIC is supportive of Pakistan’s stand on Kashmir, which accuses India of human rights violations and seeks a plebiscite to determine the future of the region, which is divided between the rivals.

India’s External Affairs Ministry spokesman Arindam Bagchi said in a statement that matters related to Jammu and Kashmir are entirely the internal affairs of India and that other countries, including China, have to right to comment.