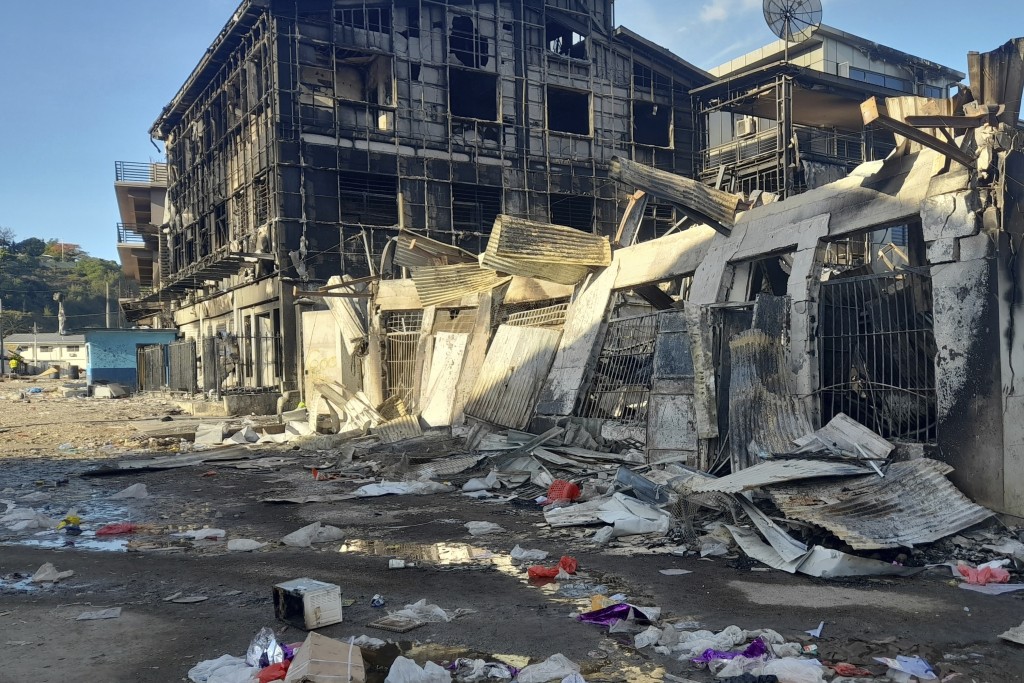 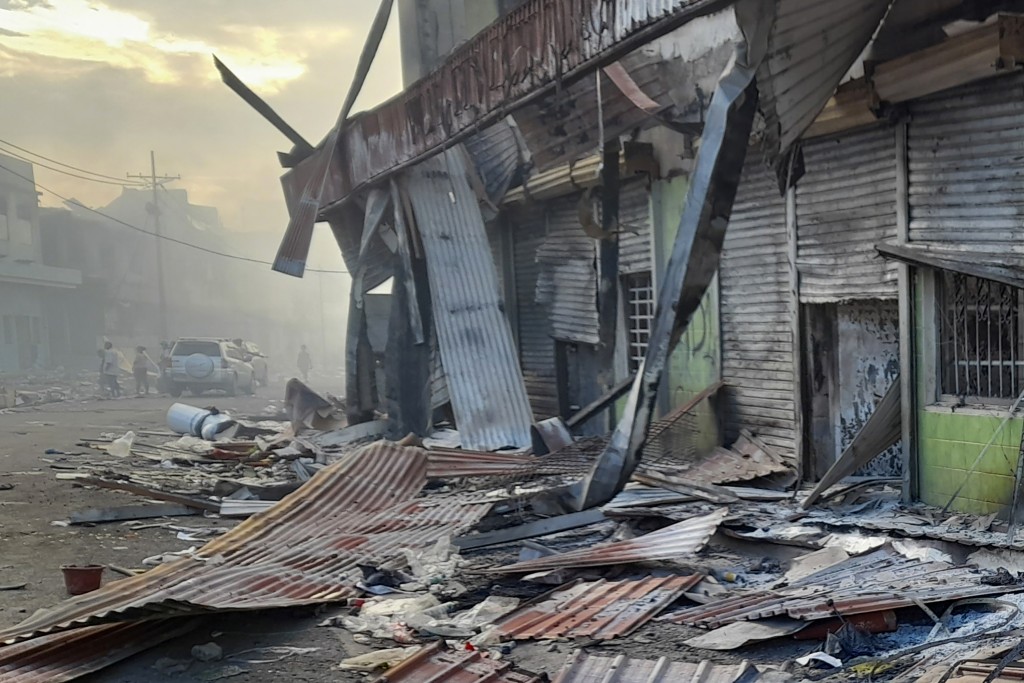 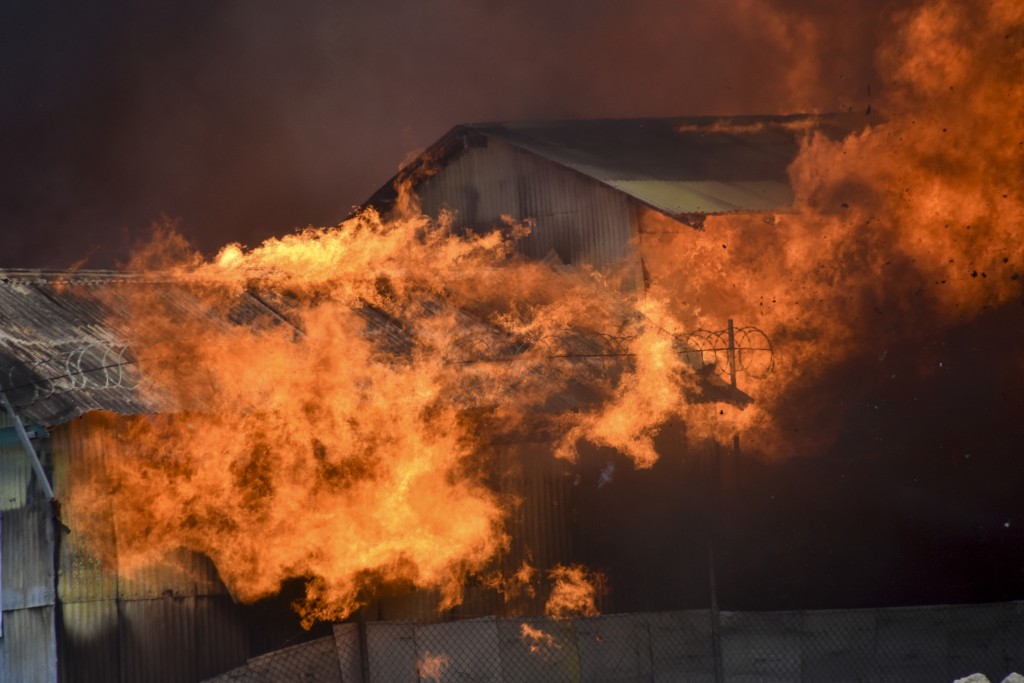 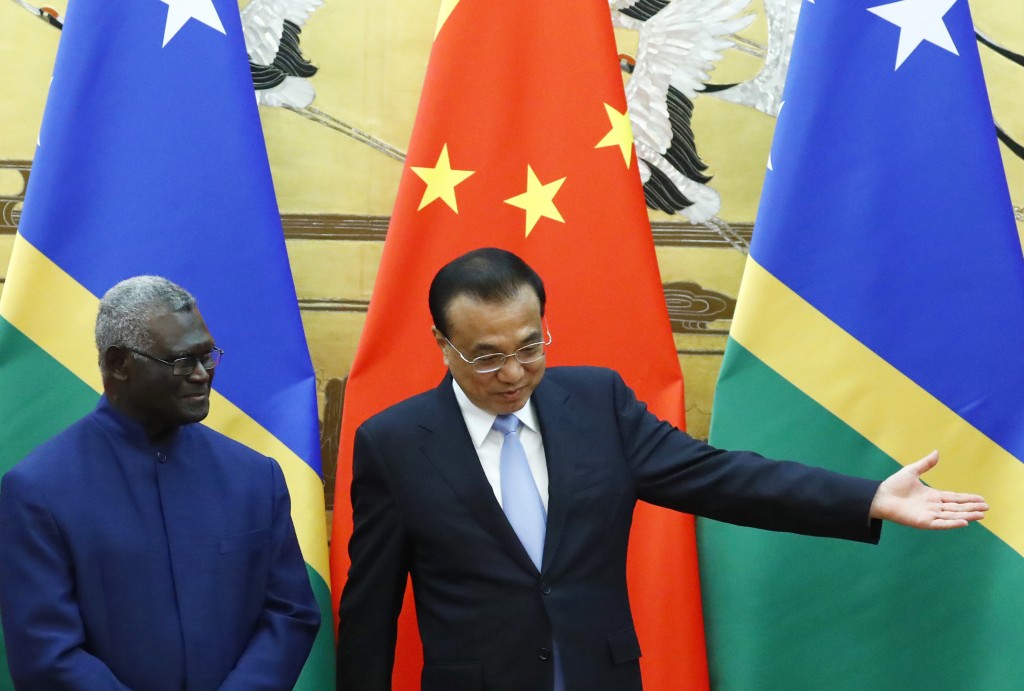 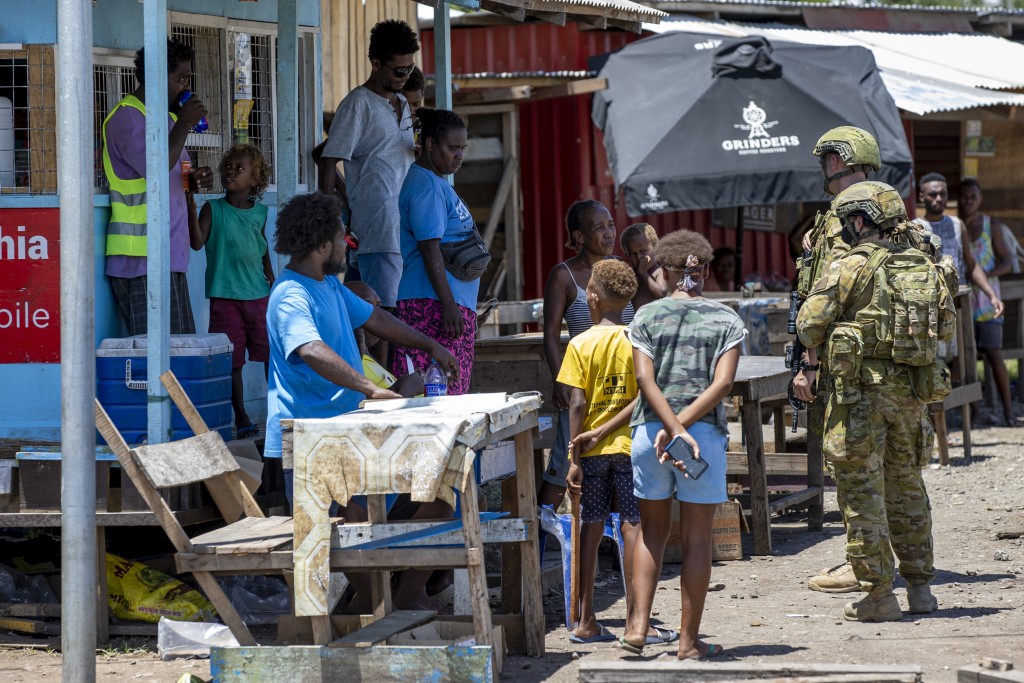 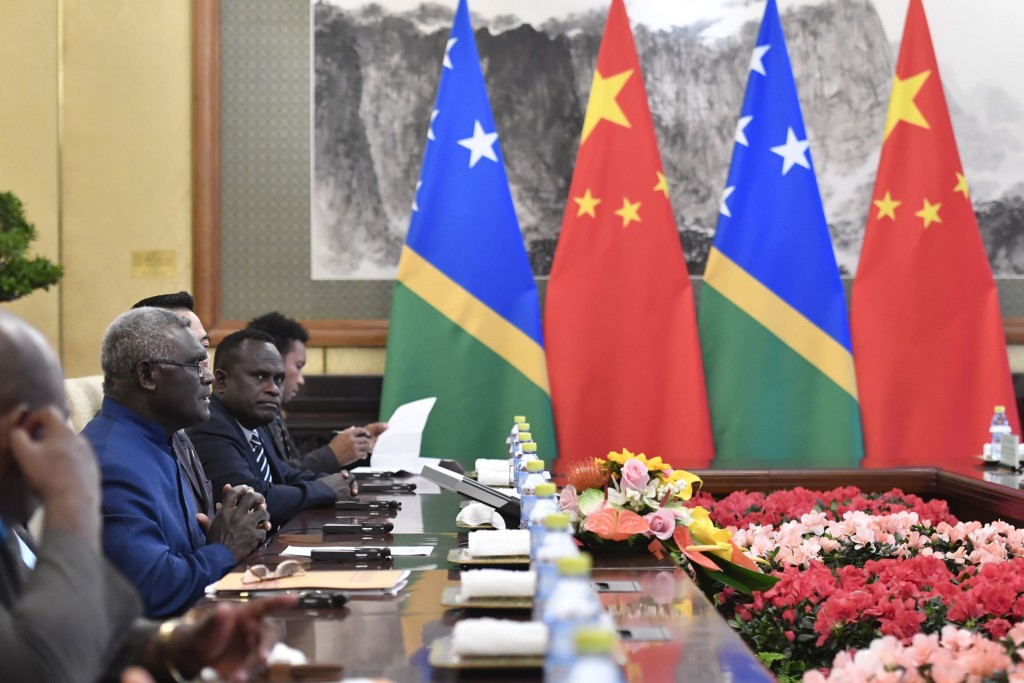 WELLINGTON, New Zealand (AP) — A leaked document indicates that China could boost its military presence in the Solomon Islands — including with ship visits — in a development that is raising alarm in nearby Australia and beyond.

The Solomon Islands revealed on Thursday it had signed a policing cooperation agreement with China. But more concerning to Australia was the draft text of a broader security arrangement that was leaked online.

Under the terms of the draft agreement, China could send police, military personnel, and other armed forces to the Solomons “to assist in maintaining social order” and for a variety of other reasons. It could also send ships to the islands for stopovers and to replenish supplies.

The draft agreement stipulates that China would need to sign off on any information that's released about joint security arrangements, including at media briefings.

Without directly addressing the content of the draft agreement, Australia’s Department of Foreign Affairs and Trade issued a statement saying “We would be concerned by any actions that destabilize the security of our region.”

The department said that after riots last year in the Solomon Islands’ capital, Honiara, Australia and its neighbors had been able to send security assistance “without the need for external support.”

“Pacific Island nations have the right to make sovereign decisions,” the department said. “Australia’s cooperation with our Pacific family is focused on the economic prosperity, security and development of our region.”

New Zealand said it planned to raise its concerns about the document with both the Solomon Islands and China.

“If genuine, this agreement would be very concerning,” Foreign Minister Nanaia Mahuta said. “Such agreements will always be the right of any sovereign country to enter into; however, developments within this purported agreement could destabilize the current institutions and arrangements that have long underpinned the Pacific region’s security.”

Questioned about the agreement, China's Foreign Ministry said Beijing and the Solomons “conducted normal law enforcement and security cooperation on the basis of equal treatment and win-win cooperation."

“This is in line with the international law and international practice, conducive to maintaining social order in the Solomon Islands and promoting peace and stability in the region, and helpful to enhance common interests of China and the Solomon Islands, as well as all countries in the region," ministry spokesperson Wang Wenbin told reporters at a daily briefing on Friday.

Wang referenced China's previous support for the Solomons in handling riots and “maintaining stability," but did not cite the agreement directly.

Referring to Australia, he said China hoped “the relevant party will see this objectively and calmly, and refrain from overinterpreting it."

“It is irresponsible and unhelpful for regional stability and development that the individual Australian official hyped the fallacy of China’s so-called coercion and deliberately created tensions," Wang said.

Anna Powles, a senior lecturer in international security at New Zealand’s Massey University, said Australia, New Zealand and the U.S. would all be “very concerned” about the draft agreement, which was ambitious on China's part.

Powles said it would be interesting to know what kind of goods China might want to send to the Solomons to service its ships, and whether there was the potential for mission creep in the future, like China developing a naval base.

She said she was concerned China was trying to direct the political narrative by controlling what information could be publicly released.

A lot of the wording in the draft agreement was vague, Powles said, including exactly what type of military and paramilitary forces that China might send to the Solomons. She said it was either clumsily worded or deliberately opaque.

It was not immediately clear when the security agreement might be finalized, signed or go into effect.

The Solomon Islands, home to about 700,000 people, in 2019 switched its diplomatic allegiance from Taiwan to Beijing, which was a contributing factor to last year's riots.

Last month the U.S. announced plans to open an embassy in the Solomon Islands, laying out in unusually blunt terms a plan to increase its influence in the South Pacific nation before China becomes “strongly embedded.”

The U.S. previously operated an embassy in the Solomons for five years before closing it in 1993. Since then, U.S. diplomats from neighboring Papua New Guinea have been accredited to the Solomons, which has a U.S. consular agency.

A news release from the Solomon Islands government on its new policing agreement with China revealed few details. The statement said the agreement had been signed in a virtual meeting between China's Wang Xiaohong, an executive vice minister, and Solomon Islands Police Minister Anthony Veke.

Wang said in the release that since the Solomon Islands began diplomatically recognizing China, “the bilateral relations have developed rapidly and achieved fruitful results" and that China was ready to “advance practical cooperation in police and law enforcement."