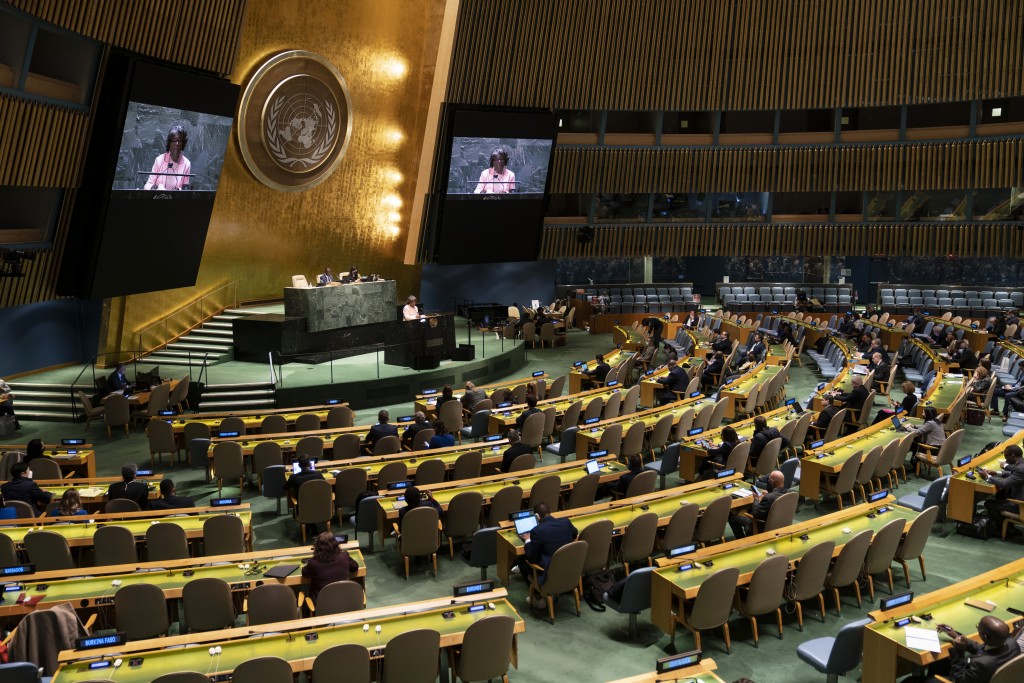 TAIPEI (Taiwan News) — The U.S. and its allies must launch a counter-campaign to stop China pushing Taiwan out of various UN bodies and international organizations, a new report by the German Marshall Fund of the United States recommends.

Washington and a group of like-minded democracies should focus on preventing Chinese officials being appointments to top positions within UN agencies, per the report. Researchers Bonnie Glaser and Jessica Drun suggest the group should take various steps to reverse China’s grip over the UN bureaucracy too.

Some of these include: writing a letter to the UN secretary general stating their opposition to Beijing’s attempt to distort the meaning of the resolution to block Taiwan’s participation in the UN; pressure the International Organization for Standardization (ISO), an independent NGO that includes 167 national standards bodies, to stop using “Taiwan, Province of China” in its lexicon; and demand the full text of all MOUs and agreements the PRC has signed with the UN Secretariat and with UN funds and programs (including those concerning Taiwan) be made public.

The report focuses on how China distorts the UN Resolution 2758 to curtail Taiwan’s participation in the international body. China has “spread the fallacy that, through the resolution, UN member states came to a determination that Taiwan is a part of the PRC (People’s Republic of China)” it reads.

“Yet, in passing the resolution in 1971, the countries solely intended to grant the seat occupied by the Republic of China in the General Assembly and the Security Council to the PRC,” it continues.

The report lists copious examples of China’s coercive diplomacy in action. Chinese diplomats typically work to make sure Taiwan cannot join in UN forums, and failing this, will pressure staff at the organization to classify the country as a “province of China” in official records and signage.