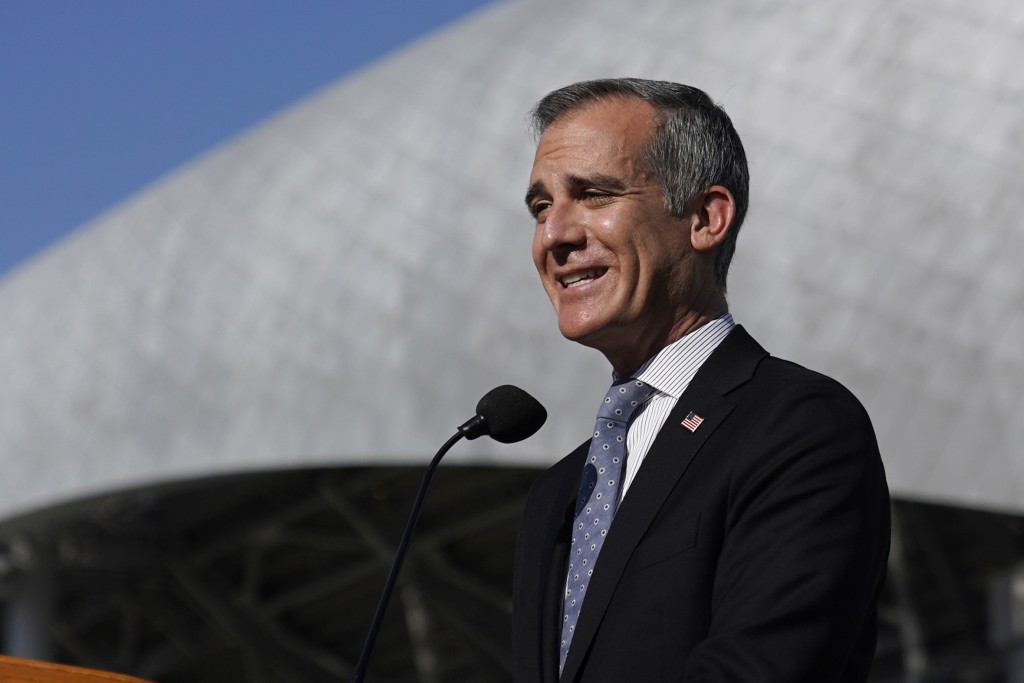 LOS ANGELES (AP) — Mayor Eric Garcetti’s nomination to become U.S. ambassador to India is facing another obstacle, after Iowa Republican Sen. Jodi Ernst said she would delay the nomination over questions involving what the Democratic mayor knew about sexual harassment allegations against a former top adviser in his office.

The nomination to one of the nation’s top diplomatic posts, initially made in July, has been languishing for months. Two weeks ago, the top Republican on the U.S. Senate Judiciary Committee, Sen. Chuck Grassley, said he had received “numerous credible allegations” that Garcetti was aware of sexual harassment and assaults of city employees committed by his friend and then-close adviser, but did nothing to stop the misconduct.

Garcetti has repeatedly denied the claims.

The fight over the India nomination is playing out at a diplomatically challenging time. President Joe Biden is seeking to unite the globe against the Russian invasion of Ukraine, but India, the world's most populous democracy, recently said it would increase imports of Russian oil. Russia also provides the majority of India's military hardware.

Ernst’s office said in an email that the senator had placed what’s known as a “hold” on the Garcetti nomination, a Senate maneuver that does not prevent nominees from being confirmed but forces extra steps in a chamber that already moves slowly.

Ernst told the website Axios, which first reported the hold, that “I want some clarity here. I want to know: Were there sexual harassment issues that came up in the workplace that were not addressed by Garcetti? If that’s true, that’s really concerning.”

Her office did not respond to a request for comment.

A lawsuit at the center of the scandal charges that Garcetti friend and former adviser Rick Jacobs frequently sexually harassed one of the mayor’s police bodyguards, while the mayor ignored the abuse or laughed it off.

Jacobs has called the allegations against him “pure fiction,” according to the Los Angeles Times. After Grassley disclosed he was investigating, Garcetti’s office issued a statement saying, “Repeating a malicious falsehood will never turn a lie into the truth. ... He (Garcetti) absolutely did not witness nor was he informed of any of the behavior being alleged.”

Earlier this month, Grassley wrote in a statement that “whistleblowers who have spoken with my office have not previously spoken to the Foreign Relations Committee and are presenting new allegations that must be fully investigated.”

“Serious questions remain regarding the alleged misconduct, as well as the mayor’s knowledge of that misconduct,” Grassley added.

At a Senate Foreign Relations Committee hearing in December, Garcetti told senators considering his nomination that he never witnessed Jacobs sexually harass one of his police bodyguards.

Garcetti considered a 2020 White House bid and later became part of Biden’s inner circle. He is in the final year of his second term, and is prevented by term limits from seeking reelection.

If confirmed, he would leave City Hall with an uneven record. He's been credited with continuing a transit buildup and pushing the city toward a carbon-free future, but he was overmatched by a homeless crisis while the city has witnessed a jump in violent crimes.

At a recent debate of candidates hoping to replace him, Garcetti was criticized for losing control of the homeless crisis, as encampments spread citywide. “The city is a mess,” said city Councilman Joe Buscaino, one of the candidates.