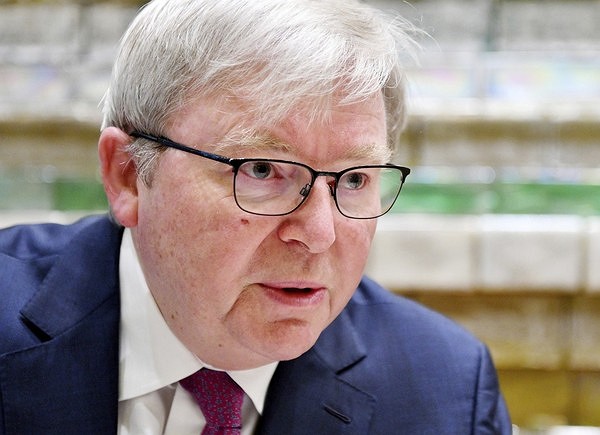 TAIPEI (Taiwan News) — Former Australian Prime Minister Kevin Rudd sees the balance of power in the Taiwan Strait moving in China’s favor but does not believe Beijing will follow Moscow’s lead and invade yet.

Rudd, a fluent Mandarin speaker who has just completed postdoctoral research on Xi Jinping (習近平), predicts the Chinese leader will be patient and take his time, per Yahoo News.

"Xi Jinping has his own timetable in his head… my guesstimate is late 2020s, early 2030s," Rudd told the Australian Broadcasting Corporation during a televised interview on Wednesday night (March 23).

Rudd says the economic and military factors are all steadily moving in Beijing’s favor. He warns that if a kinetic conflict breaks out in the Taiwan Strait, China would likely emerge victorious.

"In most of the wargaming which has been done so far — and these are desktop exercises by and large — if you look at what various U.S. officials have said off the record and partly reported in the American media, the Chinese at this stage win most of the time," he said.

This is not an inevitable outcome though, and Rudd pointed out that the Taiwanese government is now engaged in a long-awaited reassessment of its national defense. At the same time, Washington is doubling down on its efforts to maintain its military presence in the region surrounding Taiwan.