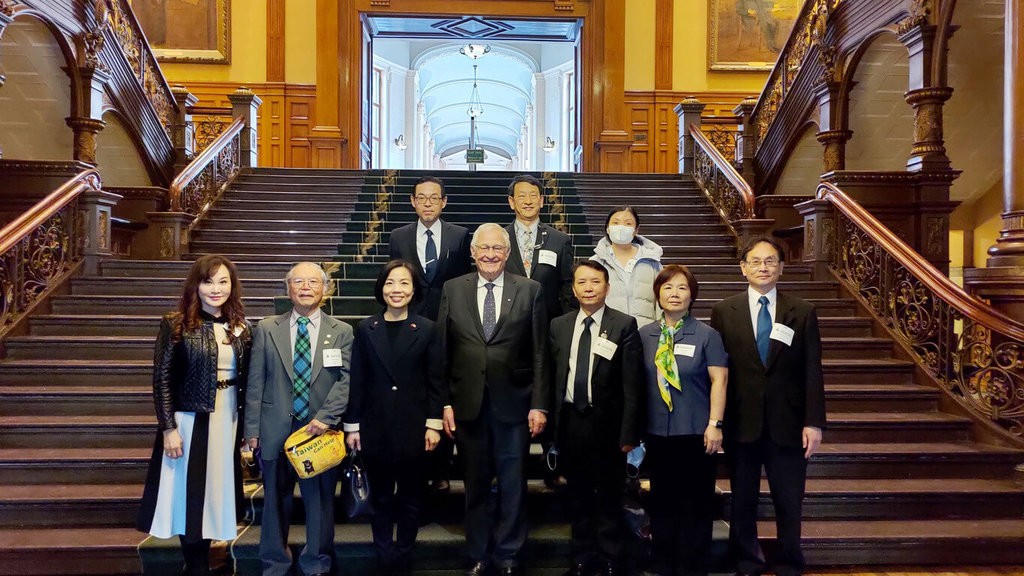 Hardeman said that MacKay, who was born in Oxford County, Ontario in 1844, is still regarded as a hero by the Taiwanese. Activities have been held in his honor, the parliamentarian said.

Hardeman’s statement received applause from his fellow parliamentarians. The affair was attended by Director of the Taipei Economic and Cultural Office in Toronto Chen Chin-ling (陳錦玲), Co-chairman of the Canadian Mackay Committee Chung Ya-tse (鍾雅澤), Overseas Community Affairs Council members Lin Mei-ling (林美玲) and Huang Huang-yu (黃煌裕), and the former president of the World Federation of Taiwanese Associations Luo Yi-shi (羅益世) and his wife, who were individually introduced by Hardeman.

Chen thanked Hardeman for his statement of friendship and presented a souvenir gift box to commemorate the historic occasion.

He established multiple churches, educational institutions, and even a hospital. He also recorded and collected endemic specimens of geology, flora, and fauna. MacKay died in Taiwan in 1901.