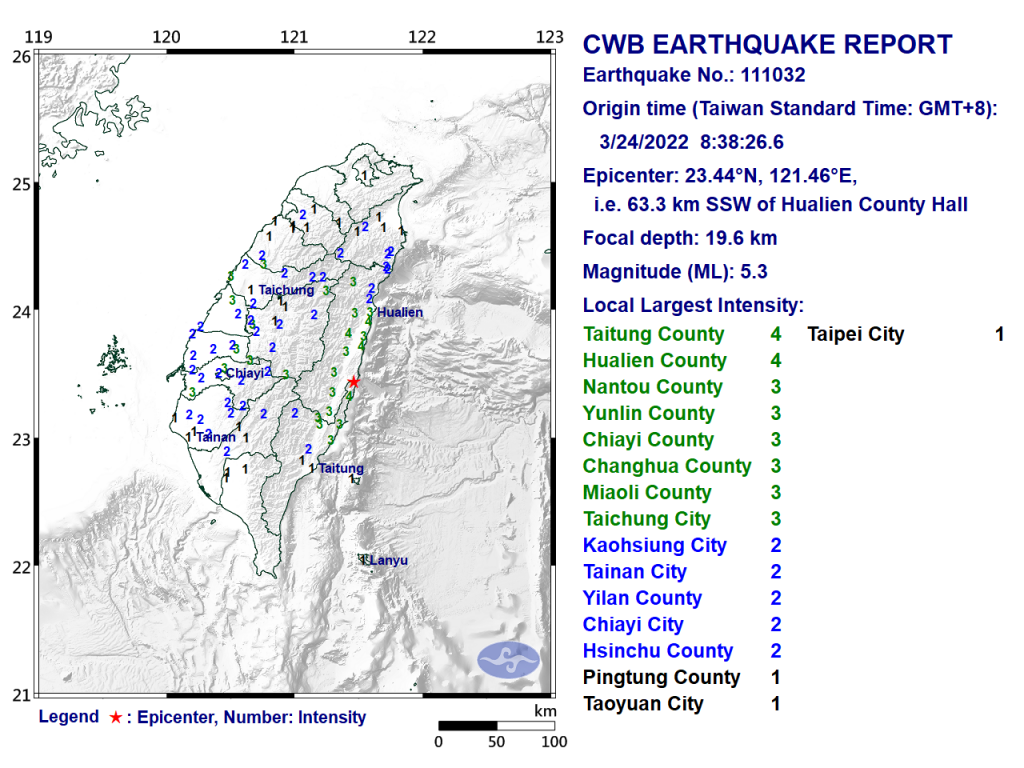 The epicenter of the temblor was 63.3 kilometers south-southwest of Hualien County Hall, with a focal depth of 19.6 km. Taiwan uses an intensity scale of one to seven, which gauges the degree to which a quake is felt at a specific location.

The earthquake’s intensity registered as a 4 in Taitung County and Hualien County. An intensity level of 3 was recorded in Nantou County, Yunlin County, Chiayi County, Changhua County, Miaoli County, and Taichung City.

The location of the earthquake was close to that of a magnitude 6.6 temblor that struck at 1:41 a.m. on Wednesday (March 23). The area has seen hundreds of aftershocks since and the CWB has not ruled out the possibility that an aftershock in excess of 6.0 on the Richter scale could strike within three days after the first quake.