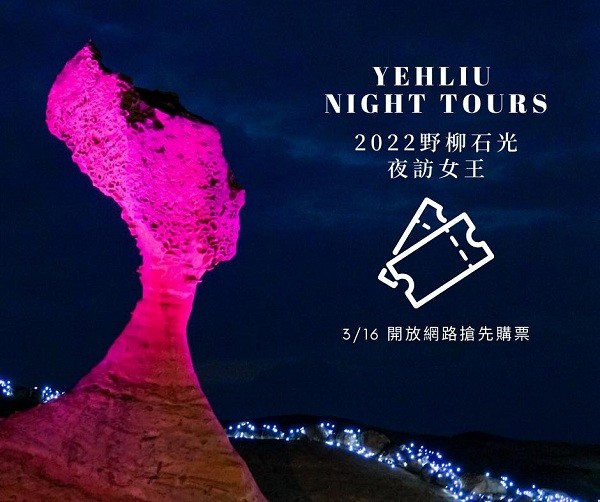 TAIPEI (Taiwan News) – The unique rock formations at Yehliu Geopark (野柳地質公園) in Wanli District (萬里區), New Taipei City, will be illuminated at night from April 15 – May 1.

According to a press release on the New Taipei City Travel website, tickets to the 2022 Yehliu Night Tours are available for online booking now, with the first 5,000 early bird electronic ticket holders awarded with an NT$50 (US$1.75) coupon, which can be used at local stores.

The coupons can be claimed at the ticket booth at the geo park from April 1 – May 1.

Tickets can also be purchased on-site, with the first 2000 on-site ticket holders eligible to receive the NT$50 coupon.

A ticket sells for NT$250. Admission is free for children aged under 12 with a proper ID.

For ticketing information and to book tickets, visit the KKTIX site. 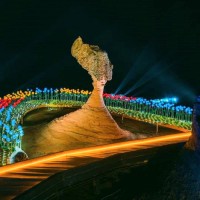