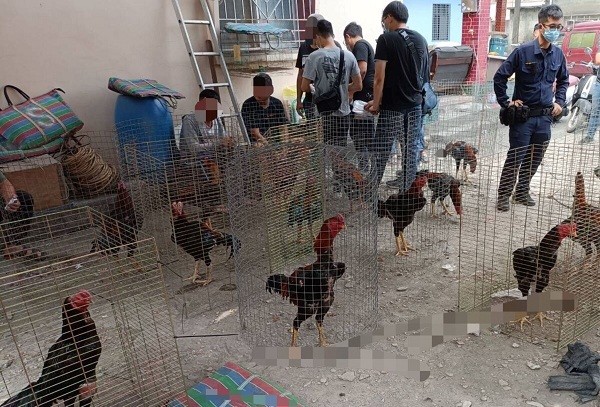 TAIPEI (Taiwan News) — A cockfighting and gambling operation in a rural area in southern Taiwan was busted by police on Sunday (March 20), and 16 people participating in gambling there have been referred to the prosecutor’s office.

Pingtung County Police Bureau’s Ligang Precinct said in a press release issued on Tuesday (March 22) that the precinct and the bureau’s criminal investigation department had received tips about cockfighting and began to investigate, CNA reported. On Sunday, a significant police force was mobilized to surround the premises in Gaoshu Township and arrest gamblers.

When police entered the cockfighting premises, all 16 people there, including the 51-year-old owner of the house surnamed Hsu (徐), were startled and scrambled to flee, per CNA. Police subdued all of them and seized NT$347,900 (US$12,177), five gamecocks, timers, the cockpit, and account books.

Police said that the canvas that was wrapped around the cockpit was covered with blood and claw marks.

After questioning the 16 people, police referred them to the prosecutor’s office for gambling. According to Taiwan’s law, gambling at private locations is punishable by a maximum fine of NT$9,000

In addition to operating a gambling den, which carries a punishment of up to three years in prison and a fine of up to NT$90,000, the owner of the house will face an additional penalty for violating the Animal Protection Act. 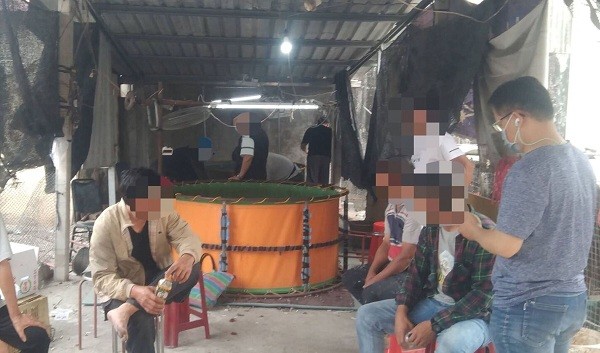