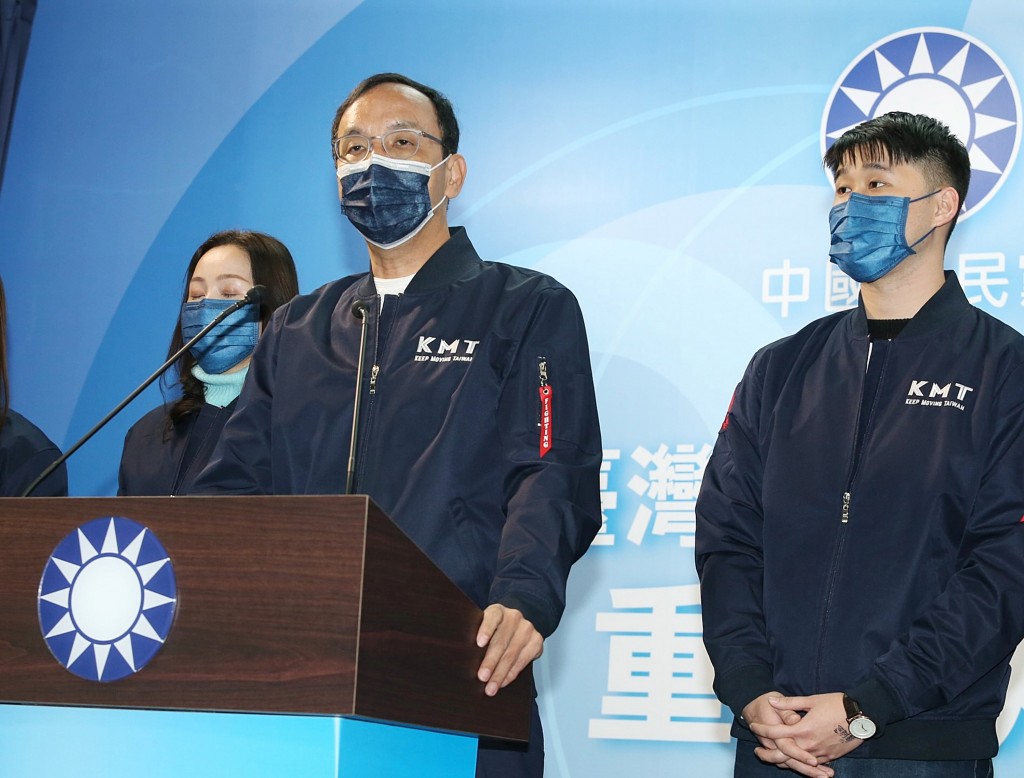 TAICHUNG (Taiwan News) — The Kuomintang (KMT) has been locked in a death spiral for some time now, sinking in the polls and losing support across the board. Previous columns (and this one, and this one) went into some detail as to the issues that KMT Chair Eric Chu (朱立倫) has faced in his turbulent soon-to-be six month tenure, but reforms are underway and there are signs they could be starting to pay off.

In a nutshell, the KMT’s unpopular old-school views on relations with China has continued to haunt the party as it floats further and further from the mainstream of public opinion. This has led to more and more people abandoning it, especially those under 40, who at last count made up only around 3% of its members.

As mainstream and younger voters abandon the party, its membership grows older, more conservative, and even further from the mainstream. This self-compounding catastrophe has led the party towards increasing irrelevance at the national level (though not yet at the local level).

Eric Chu is aware of this and has launched three major party reforms, one of which appears to be bearing some fruit already. The other two are more long-term in nature, and it will take some time to see if they pay off.

The one reform that, according to the KMT’s website, is working beyond expectations is the "same boat plan" (同舟計畫). The plan, launched last November, was supposed to bring 10,000 lapsed or expelled former KMT members back into the party — but according to their report, it has brought back nearly 50,000 so far.

The KMT hasn’t broken down the numbers in any way, for example by age or by new or returning members, but it is unlikely they are making the number up — that would be too much of a risk. The numbers could be fudged, such as by counting members who renewed their membership because it happened to be due anyway, but that still wouldn’t take away from the impressiveness of the overall result.

To put this into context, the Taiwan People’s Party (TPP) at its peak had 12,000 or so paying members, but at least one report has that number down to only 4,500 as of February. If the KMT can boost its membership by nearly 50,000 on top of the low hundreds of thousands they already had while the TPP struggles with getting 5,000 total, that says a lot about predictions of the TPP overtaking the KMT anytime soon.

The highest-profile lapsed member to rejoin the party is legislator and former Hualien County Commissioner Fu "King of Hualien" Kun-chi (傅崐萁) who bucked the party’s preferred candidate in Hualien and went on to win as an independent, and who recently finished serving time for stock manipulation. Three formerly independent councilors — one from New Taipei and two from Hualien — have also joined the party, according to the KMT.

Without a breakdown of the numbers, it is hard to know if the KMT has been successful at bringing in more moderate voters or those under the age of 40, but at the very least this reform suggests Chu has focused the party on the basic task of working the phones to sign people up. At least some of these people, now having formally identified themselves as KMT, will be more likely to vote accordingly in November.

So Chu has one clear reform win, but what about the other two?

In an effort to get more young, first-time candidates to run for the party in this year’s elections, Chu has added significantly to the weighting given such candidates in the primaries. Previously, they would receive a boost of 10-25% to their phone primary numbers, but under Chu these have jumped significantly — with new, first-time, non-second generation candidates under 35 eligible for a boost of up to 70%.

Obviously, this has infuriated some, who note that it hardly makes sense for many candidates over the age of 40 to even bother, considering their younger opponent could get 100% in the primary. Primaries are still underway, so it is too soon to know if Chu’s plan to pack the ranks of city council candidates with youthful newbies will lead to slates that reflect this — after all, the party has few young members to begin with.

But the real test will come on Nov. 25. If Chu does indeed attract these neophytes, questions remain: How will they fare against more experienced candidates? How many fellow young people will they attract as voters and party members? Will older people who typically vote KMT still turn out to vote?

Time will tell, but this seems to be a very risky method of trying to revitalize the party with new faces while simultaneously throwing away the traditional advantages the party has. Even the youth he does attract to run may simply be so far out of the mainstream that it will do little to help the party with younger demographics. At the same time, it could throw inexperience into the sawmill of professional electoral political campaigns.

The third major reform is to how the party’s Central Standing Committee will be elected going forward.

The most recent election to the central standing committee was mired in controversy, with allegations of vote buying, vote swapping and a supposed “Eric Chu” list of his desired candidates. Chu defended the process but was widely mocked and reported about even in the pan-blue press for trying to get to the bottom of the situation by sending questionnaires to members so they could self-report on their transgressions.

It has already come under attack, but it is an interesting development that could have a long-term impact.

Besides the dramatic move to have 10 of 25 members directly chosen by the chair, there are two other rule changes that got much less attention. One is that committee members should be voted on by geographic region and another is that 50% the members must be in government.

The geographic proviso is interesting, as it could boost the ranks of more local politicians from outside the dominant Taipei region, including regional political patronage faction figures. The traditional party elites may be uncomfortable with the results of that.

That half of the members must be in government is also interesting, as this makes it more likely these figures are more practical than ideological. This will likely skew towards elected officials, who by nature are more in touch with constituents to ensure their own electability.

These reforms will have the effect of re-imposing some control over the Central Standing Committee in favor of the chair, which in the past was simply a foregone conclusiony. It will also provide for a committee with more of an eye to winning elections.

This could be a very smart reform, but there are two potential problems with it. One is that this means much will depend on who the party chair is.

If the next party chair is a practical moderate, that could bode very well for the party. If, however, the chair is a deep-blue ideologue who packs the appointed positions with like-minded committee members, this could backfire in terms of electability — and most of the presumed major challengers right now are ideologues.

The core problem, however, is the KMT’s underlying ideology. Without changing their deeply unpopular “one China” position and jettisoning their support for the widely hated “1992 Consensus,” they’re going to remain a marginal party at the national level.

Chu’s reforms are clearly designed to tackle very real problems and with some success. But so far he’s shown no appetite for taking on that core problem.

Treating the symptoms without rooting out the disease won’t cure the KMT of their downward spiral.