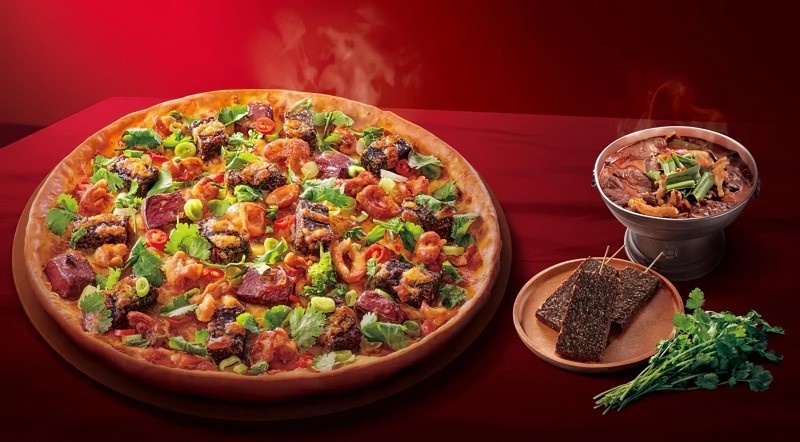 TAIPEI (Taiwan News) — Last year's controversial cilantro, century egg, and pig's blood pizza is back with a vengeance, this time with the added ingredients of pig's intestines.

In the summer of 2021, Pizza Hut unleashed the "Cilantro Century Egg Pig’s Blood Cake Pizza" (香菜皮蛋豬血糕比薩), which was well-received by some Taiwanese but met with disgust by many foreign readers. This week, Pizza Hut unveiled a similar concoction called the "Cilantro Pig's Blood Wu Geng Chang Wang Pizza" (香菜豬血糕五便腸旺比薩).

Wu Geng Chang Wang (五更腸旺) is a dish thought by many to be of Sichuan origin but was actually invented in Taiwan, either by a chef of former dictator Chiang Ching-kuo (將經國) or in a military dependents' village. The name of the dish is interpreted either as a reference to the time it was cooked (3 to 5 a.m.) or to its five plant ingredients — garlic shoots/green onion, suan cai, chili pepper, garlic, and ginger.

On Monday (March 21), actor Aaron Yan (炎亞綸), who reviewed the previous cilantro/pig's blood pizza, claimed on his Facebook page that as a "cilantro expert," he was the first to try the new creation. He conceded that the combination of cilantro, pig's blood cake, and Wu Geng Chang Wang is "absurd" but swore that it is "really delicious."

Taiwanese journalist Leslie Liao (磊神) on Tuesday tweeted an image of the pizza and described the ingredients as evocative of "Lovecraftian horror." Liao declared that Pizza Hut Taiwan had "damn lost they minds." 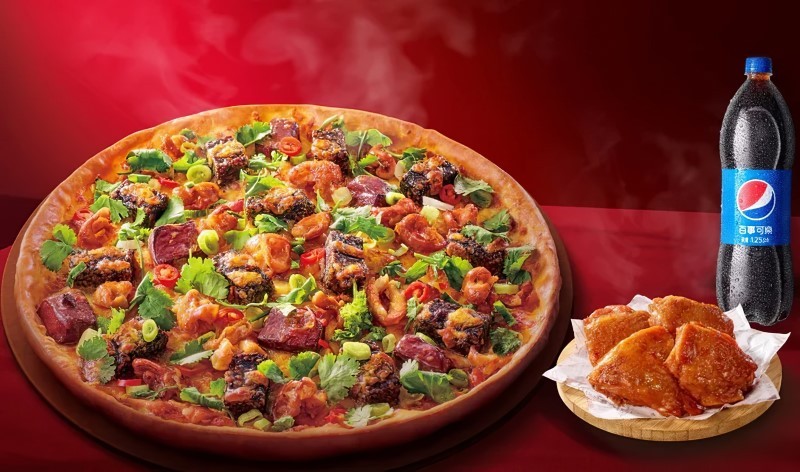 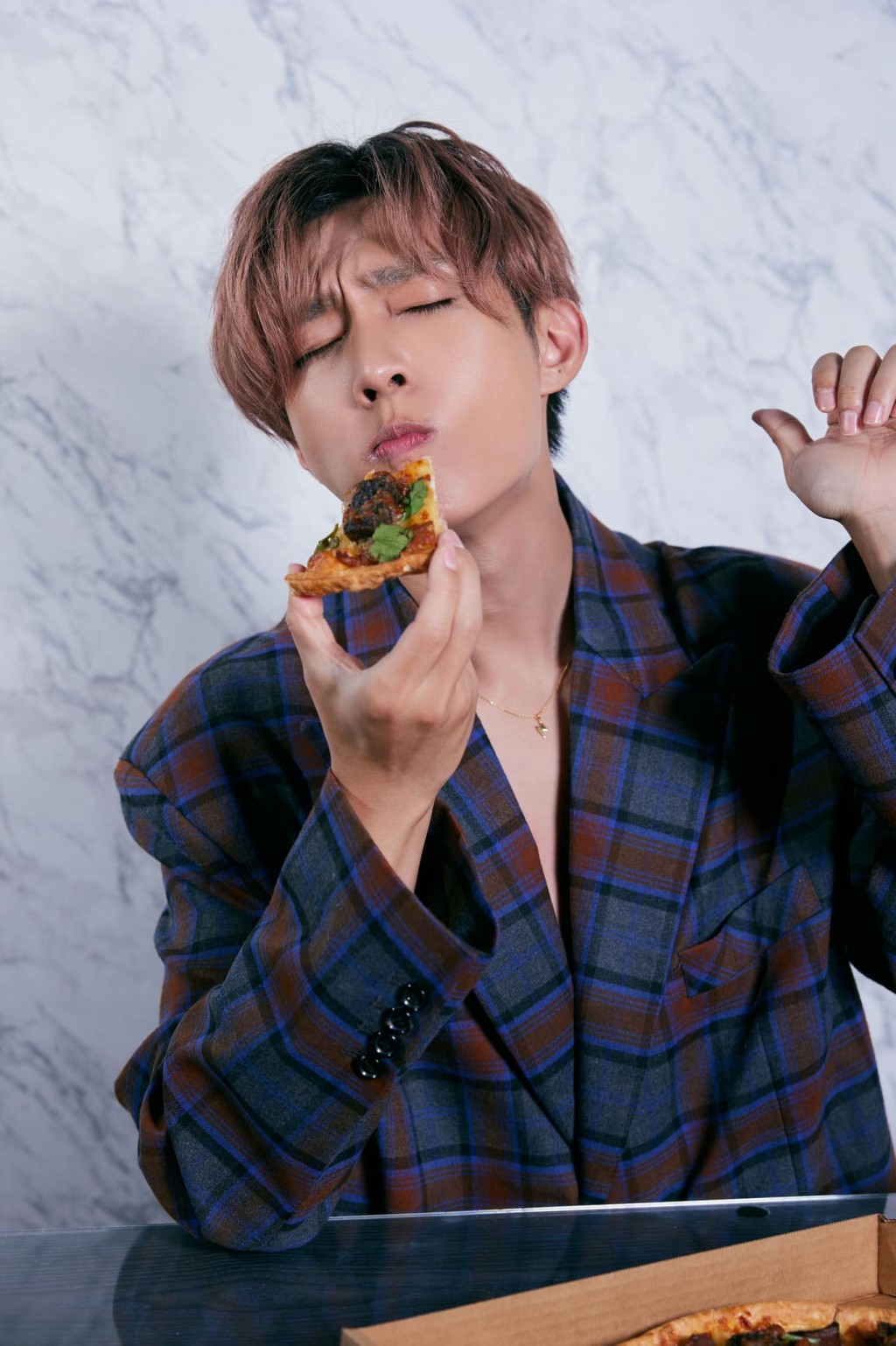 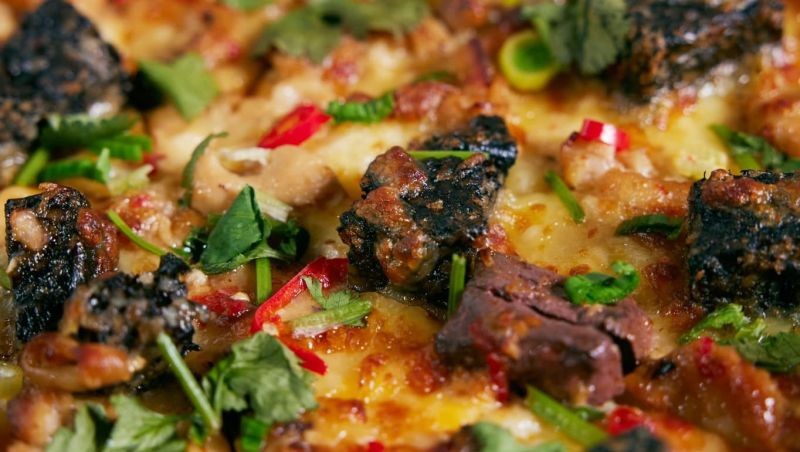 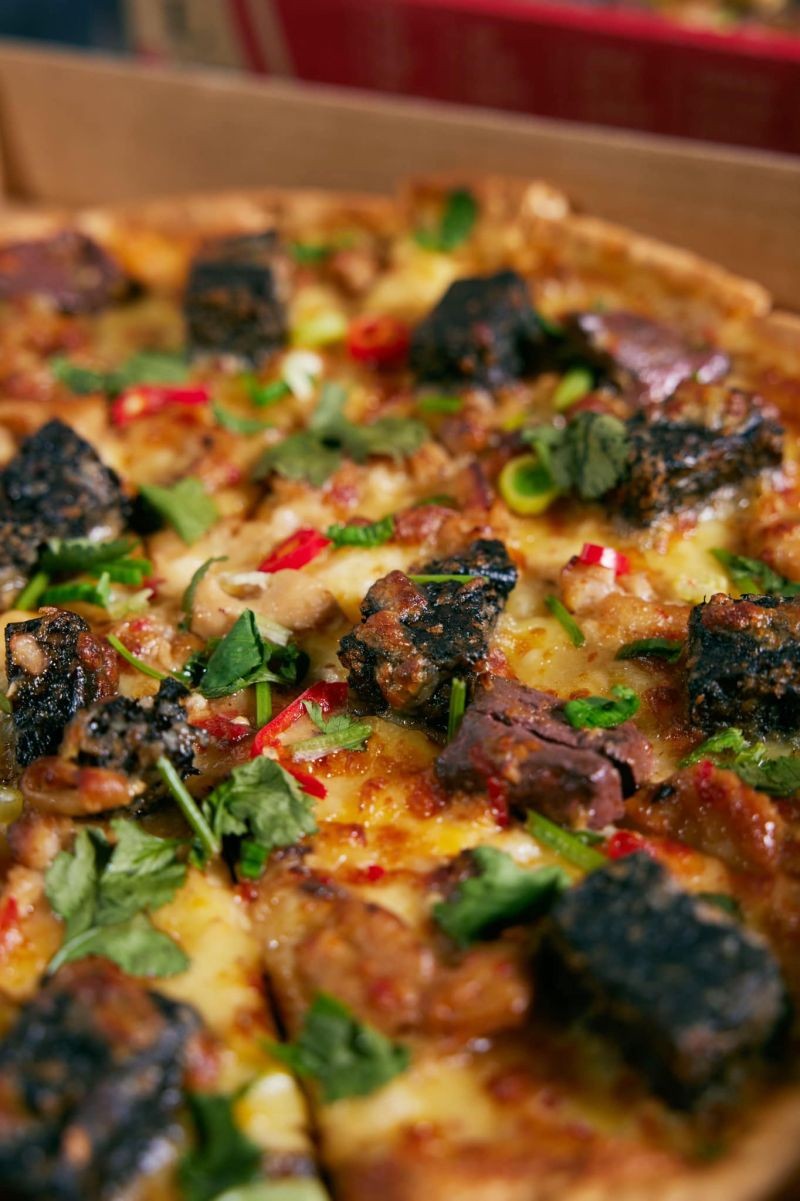 Listen carefully because I can only say the following words once without summoning a Lovecraftian horror: