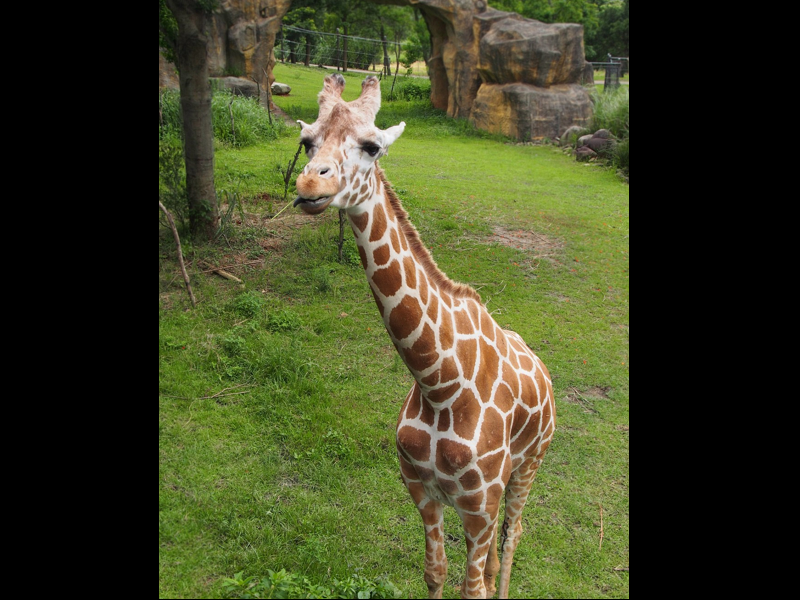 TAIPEI (Taiwan News) — Animal welfare organizations in Taiwan have asked the authorities to ban the Leofoo Village Theme Park from importing giraffes after several of them died at the popular amusement park.

The Taiwan Animal Equality Association, Life Conservationist Association, and AnimalSkies held a press conference Tuesday (March 22) in which they accused the Hsinchu County theme park of continued neglect that has resulted in the deaths of eight giraffes in the past decade. Most died before the age of 10, much younger than they normally do in the wild.

The latest incident occurred in January, when a female giraffe named “Pudding” perished at 15 years old from enterotoxemia, a condition caused by bacterial infection. The causes of death of the other giraffes also included inbreeding, falling, ingesting a plastic bag, and parasitic infection, according to a joint statement from the groups.

The ability to come into contact with wildlife is a selling point of Leofoo Village, but the amusement park has drawn fire from animal activists for alleged abuse, including poor living conditions that have caused animals to exhibit abnormal behavior, performances that harm their welfare, poor feeding practices involving visitors, and constant breeding and introduction of new animals regardless of space constraints.

The groups are calling for the rejection of the park’s application to import another three giraffes from Mexico and an investigation into similar practices that have jeopardized the wellbeing of animals nationwide. Taiwan People’s Party Legislator Tsai Pi-ru (蔡壁如), who attended the event, said she would push for a review of the Wildlife Conservation Act (野生動物保育法) to better regulate such theme parks, per CNA.