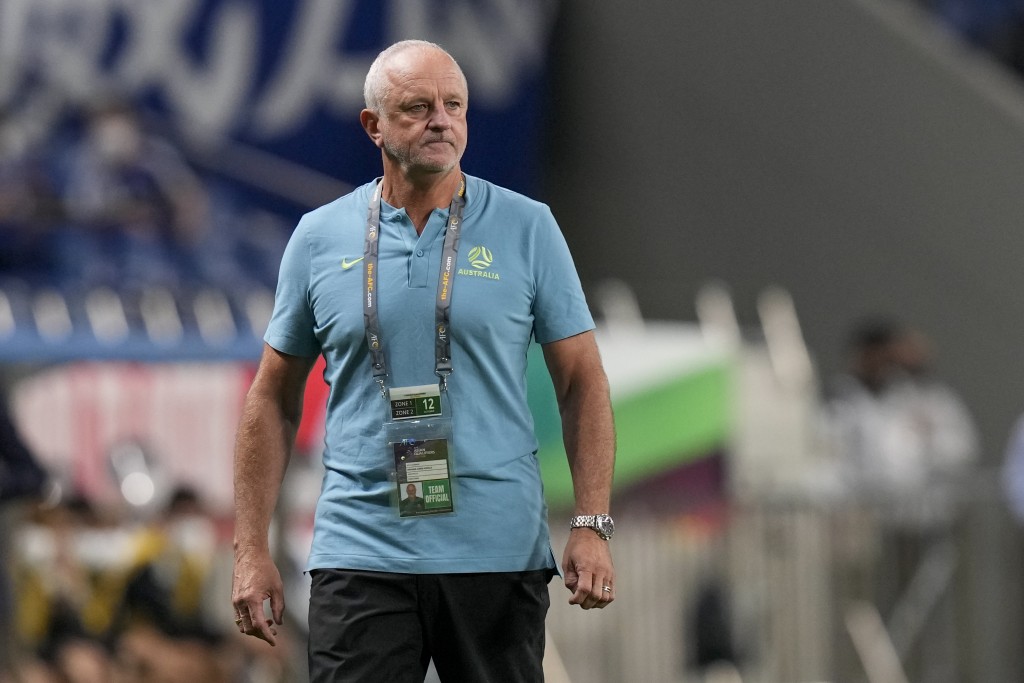 BRISBANE, Australia (AP) — A growing list of injured players, another one denied a chance to play in a club-vs.-country dispute, and a head coach censured and fined by Football Australia for breaching COVID-19 isolation rules.

Not exactly the ideal preparation for Australia as it prepares for crucial World Cup qualifiers against Japan in Sydney on Thursday and Saudi Arabia five days later in Jeddah.

The Socceroos are third in their Asian qualifying group, four points behind the Saudis and three behind Japan.

Aiming to secure its seventh consecutive trip to the World Cup with a victory in Sydney, Japan will be without Celtic forward Daizen Maeda, Vissel Kobe forward Yuya Osako and Urawa Reds defender Hiroki Sakai because of injuries.

If Australia doesn’t finish in the top two in its group, it will go into a playoff against the third-place finisher in Asia’s Group A, which is likely going to be the United Arab Emirates, in Doha, Qatar, on June 7. Iran, with 22 points, and South Korea, with 20, are already guaranteed of advancing from Group A.

The winner of the Asian playoff will advance to a single-match intercontinental qualifier against the fifth-place team in South America on June 13 in Qatar, which hosts the World Cup starting Nov. 21.

For Thursday’s match against Japan, Australia will be without Aaron Mooy, Riley McGree, Adam Taggart, Jackson Irvine and Craig Goodwin. And Melbourne City’s Jamie Maclaren will only be available for the Japan game because he is due to get married next week.

Socceroos head coach Graham Arnold was fined 25,000 Australian dollars ($18,500) for taking a walk on a Sydney beach while he was supposed to be self isolating for seven days after testing positive for COVID-19.

Football Australia confirmed that Arnold had breached New South Wales state COVID-19 isolation protocols after a Sydney radio station reported that the veteran manager had been out walking with his wife and a dog at Narrabeen on the weekend.

Arnold has apologized for his “error of judgment” and accepted the fine. He tested positive for the coronavirus last week but has taken subsequent tests that have returned negative. He needs to return a negative result at the end of his isolation period to be allowed to rejoin the Socceroos.

Adding to their worsening injury situation were the withdrawals of Central Coast Mariners defender Kye Rowles with COVID-19 and Celtic’s Tom Rogic (ankle).

Spiranovic recently contracted COVID-19, and the 37-year-old Wilkinson came into contention for his first national team game since 2015.

Club officials said they weren’t contacted regarding the defender’s availability until Monday, by which time they had already agreed to send four players with the Socceroos.

“In accordance with FIFA requirements, and in support of the national team, Melbourne City FC have released four first-choice players into the final Socceroos squad for the current international window ,” the club said in a statement provided to the Australian Associated Press.

“Football Australia, anticipating the impact of COVID-19, issued a larger than usual extended squad. The original list included seven Melbourne City FC players. However, Curtis Good was not included in that extended squad.”

City said it will already play without four Socceroos players in two A-League matches -- for the second time this season -- and said it could not spare Good.

The Australia-Japan match kicks off a night of six Asian World Cup qualifiers, including the high-profile Group A match between leaders Iran and South Korea in Seoul. Also it’s Saudi Arabia vs. China, United Arab Emirates vs. Iraq, Lebanon vs. Syria and Vietnam vs. Oman.