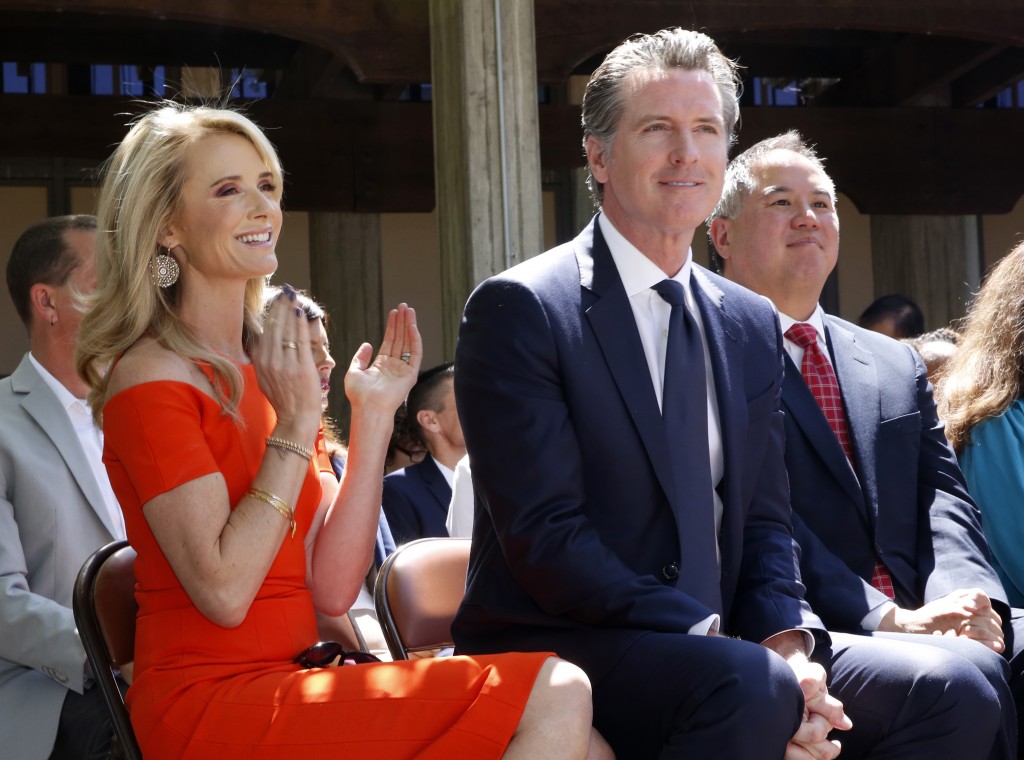 SACRAMENTO (AP) — California Democratic Gov. Gavin Newsom and his wife earned nearly $1.5 million in 2020 and paid about $480,000 in taxes, down from $1.7 million in income the couple reported in 2019 in his first year as governor, records released Tuesday showed.

The couple’s joint federal tax return showed they paid a tax rate of about 32%.

Newsom earned about $201,000 as governor in 2020, but most of his income comes from winery and restaurant businesses that he put in a blind trust when he became governor. As a result of the trust, it’s not clear in the documents what businesses gained or lost money that year.

His wife, Jennifer Siebel Newsom, is a documentary filmmaker.

The records show the couple earned over $1 million from business entities and partnerships, had nearly $130,000 in capital gains and over $440,000 in compensation.

Their deductions included about $10,000 in business expenses, $285,000 in rent and royalty expenses and nearly $50,000 in corporate and partnership losses.

Newsom also picked up a $20,000 advance on a children’s book he wrote about dyslexia, a condition he’s had since childhood that can make it harder to read. The fee paid for an illustrator, with the remainder of the advance and any proceeds going to charity.

They reported nearly $30,000 in charitable gifts.

The return was released under a 2019 state law, signed by Newsom, that requires state election officials to publish the tax returns for candidates running for governor.

The release of the information on the Secretary of State's website comes as the governor readies for a reelection campaign in which he faces only little-known opposition. Newsom soundly defeated a recall election last year that could have removed him from office.

The primary election is June 7.

The figures represent what the Newsoms earned in the first year of the pandemic, which saw business and schools shuttered across California.

Newsom owns The PlumpJack Group, which includes a suite of wineries and restaurants.