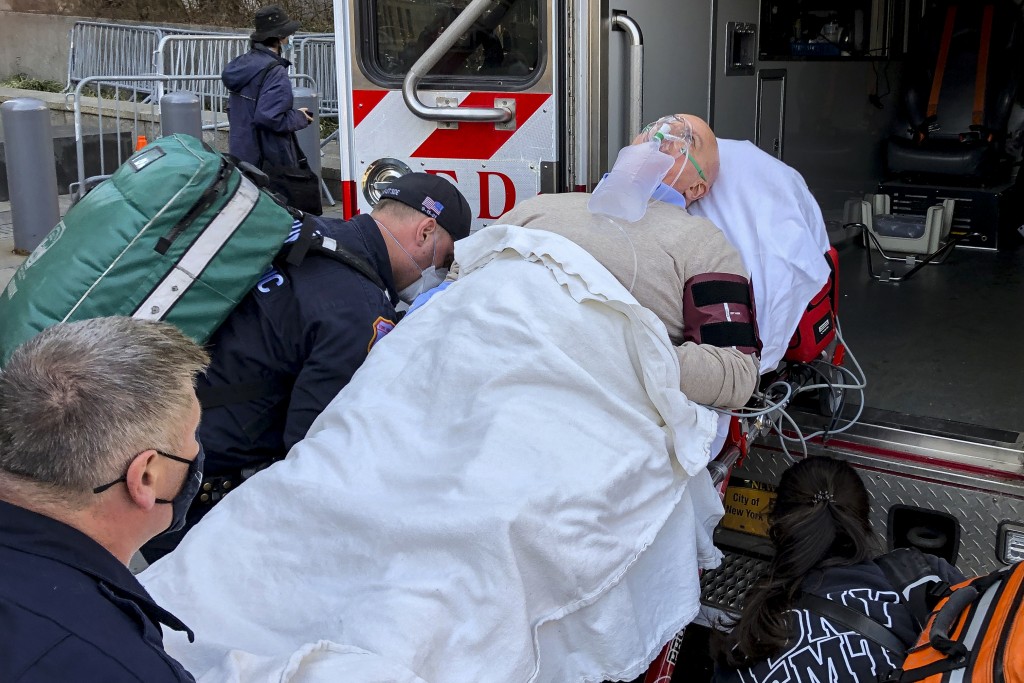 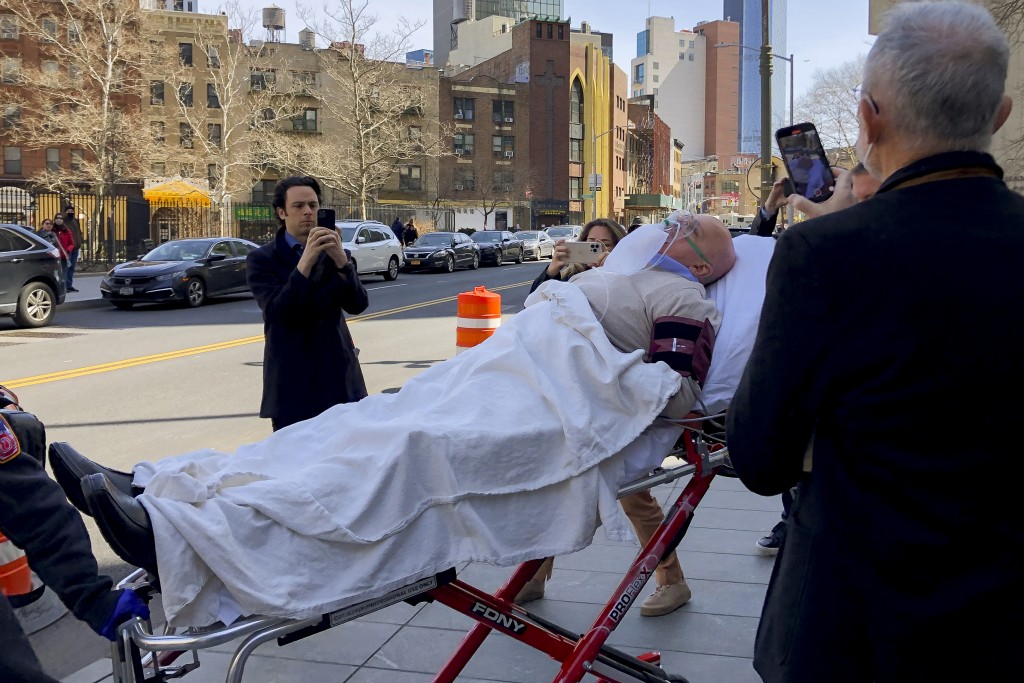 NEW YORK (AP) — A woman who says she was forced to prostitute herself to pay an ex-convict $2.5 million and gain relief from his claims that she’d poisoned him was testifying at his trial Tuesday when he became so ill that he was taken to a hospital.

The trip by ambulance was the second time in a week that the trial of Lawrence “Larry” Ray was interrupted so he could go to a hospital.

And it came on a day when prosecutors were left scrambling to discourage publication of a list of their prize witness’s prostitution clients after the names were accidentally put in the court file. They said the list was supposed to be sealed.

Ray, 62, has been incarcerated since his early 2020 arrest on extortion and sex trafficking charges that allege he exploited several college students who were roommates of his daughter for a decade to obtain money, power and sex for himself.

His lawyers have portrayed their client as the victim of young adults who claimed to have poisoned him and arranged to have him physically attacked.

Central to the prosecutor's case is the testimony of the 31-year-old woman who says she met Ray in 2011 when she lived at a dormitory at Sarah Lawrence College with his daughter.

When she began testifying Friday, she said Ray gradually gained control over her through threats and violence.

On Tuesday, she testified that she turned to prostitution to pay him back after he convinced her that she had poisoned him and caused serious damage to his Manhattan apartment and the North Carolina home of a relative.

She said she was seeking his approval when she realized he was pleased whenever he heard she was opening up sexually.

She testified that she went from online dating to working at sex clubs to working for an escort service and eventually advertising sex services online herself, each time garnering approval from Ray and constant reminders that she owed him.

Ray convinced her to chronicle on video and in writing that she had poisoned him and damaged his property and he warned her that she was going to go to prison, she said.

She said Ray “told me very graphic things about what people would do to me in prison.”

After first working as a prostitute in 2015, her rates gradually rose from $250 an hour to $2,000 an hour as she accepted up to seven clients a day for several years, turning over the vast majority of the money to Ray, she said.

Still, the woman testified, Ray frequently urged her to charge more and to take steps to remain desirable to customers, including being very thin, considering breast enlargement surgery and doing unusual sexual acts for more income.

When she feared she had developed bulimia, she said Ray told her she was “trying to sabotage making money.”

“He was scornful, if not angry. He said it wasn’t that bad,” she testified.

Minutes later, Ray was taken from the courthouse in an ambulance.

A message left with Ray's attorneys was not returned.