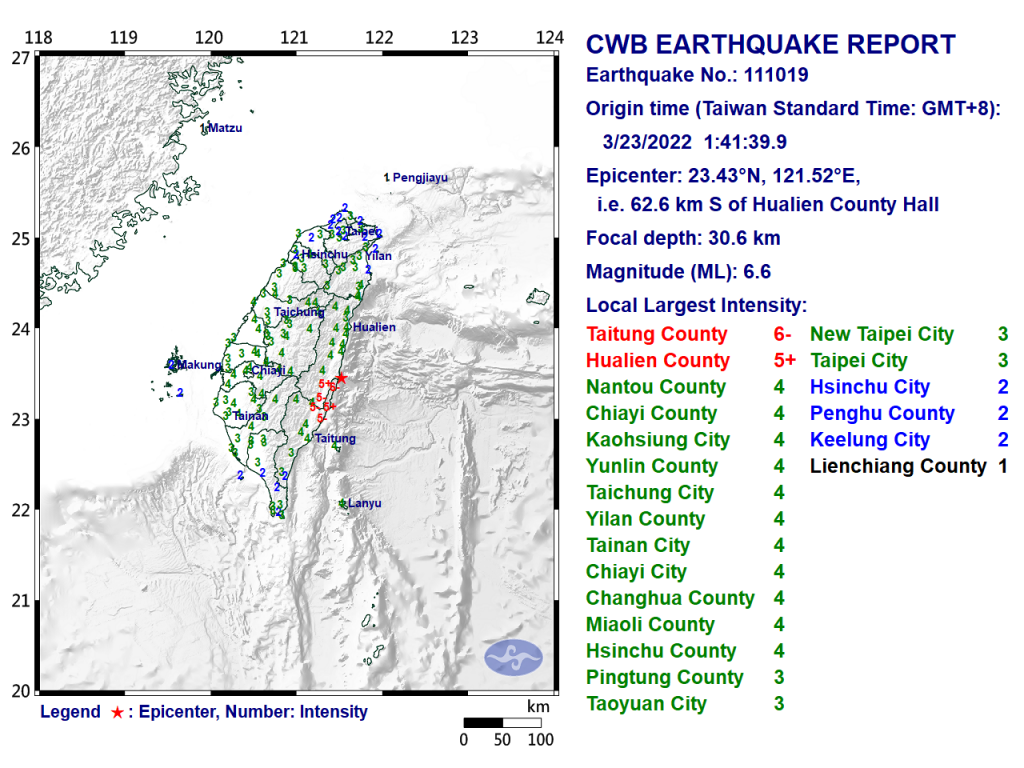 The epicenter of the first temblor was 62.6 kilometers south of Hualien County Hall, with a focal depth of 30.6 km. Taiwan uses an intensity scale of 1 to 7, which gauges the degree to which a quake is felt at a specific location. 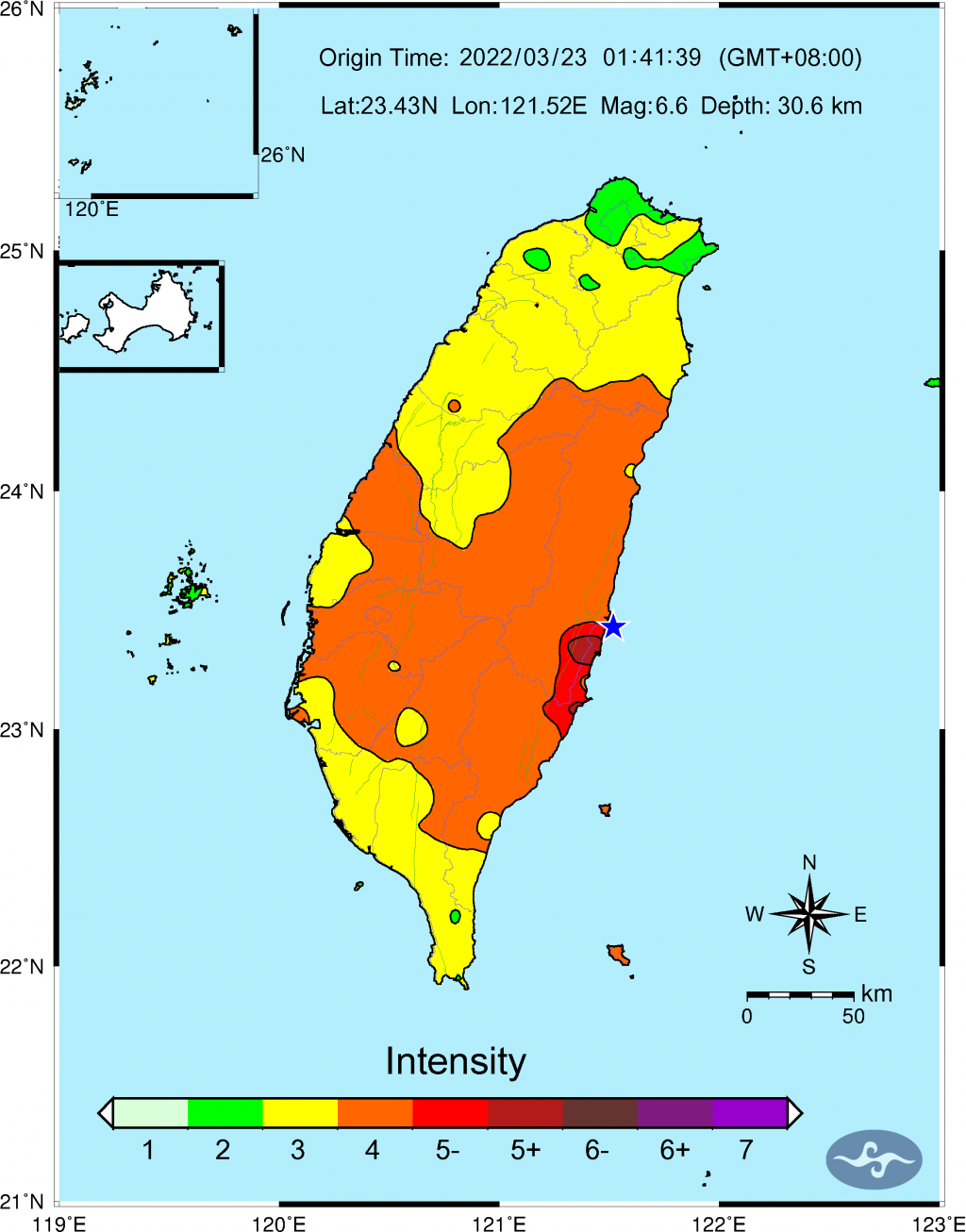 At 1:43 a.m., a magnitude 6.1 earthquake struck 61.2 km south-southwest of Hualien County Hall at a focal depth of 19.3 km. The temblor's intensity was measured as 4 in Hualien County, Taitung County, Nantou County, and Yunlin County,

A lesser intensity of 1 was registered in Keelung City, Penghu County, and Lienchiang County. No injuries or damage from the quakes had been reported at the time of publication. 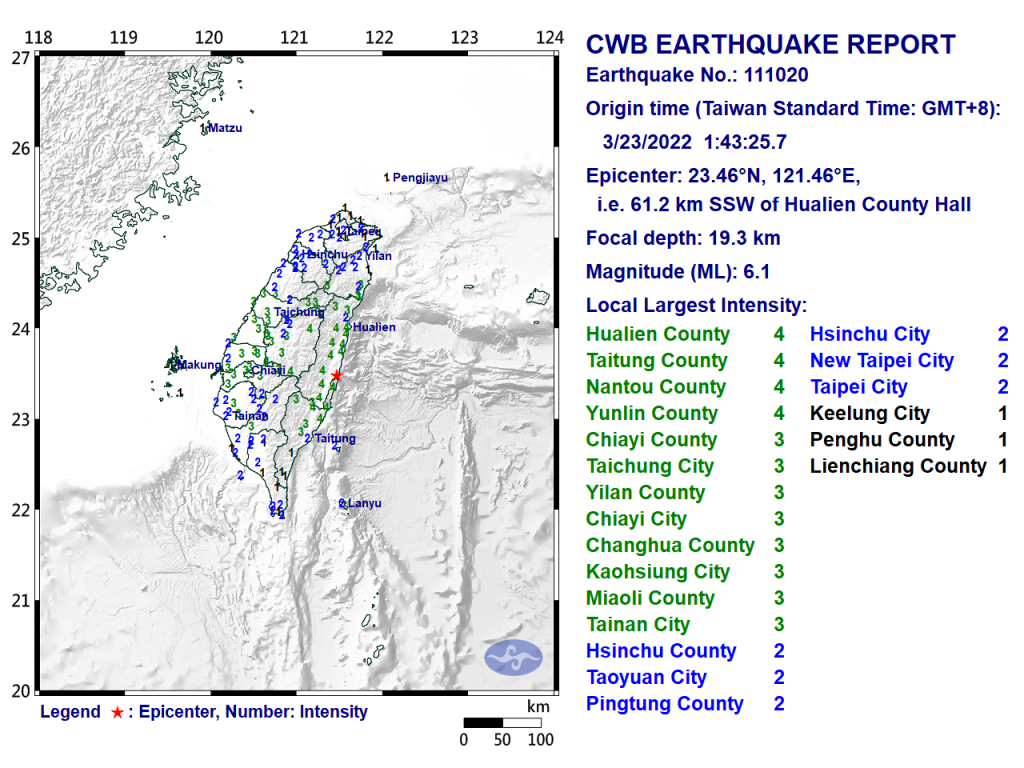