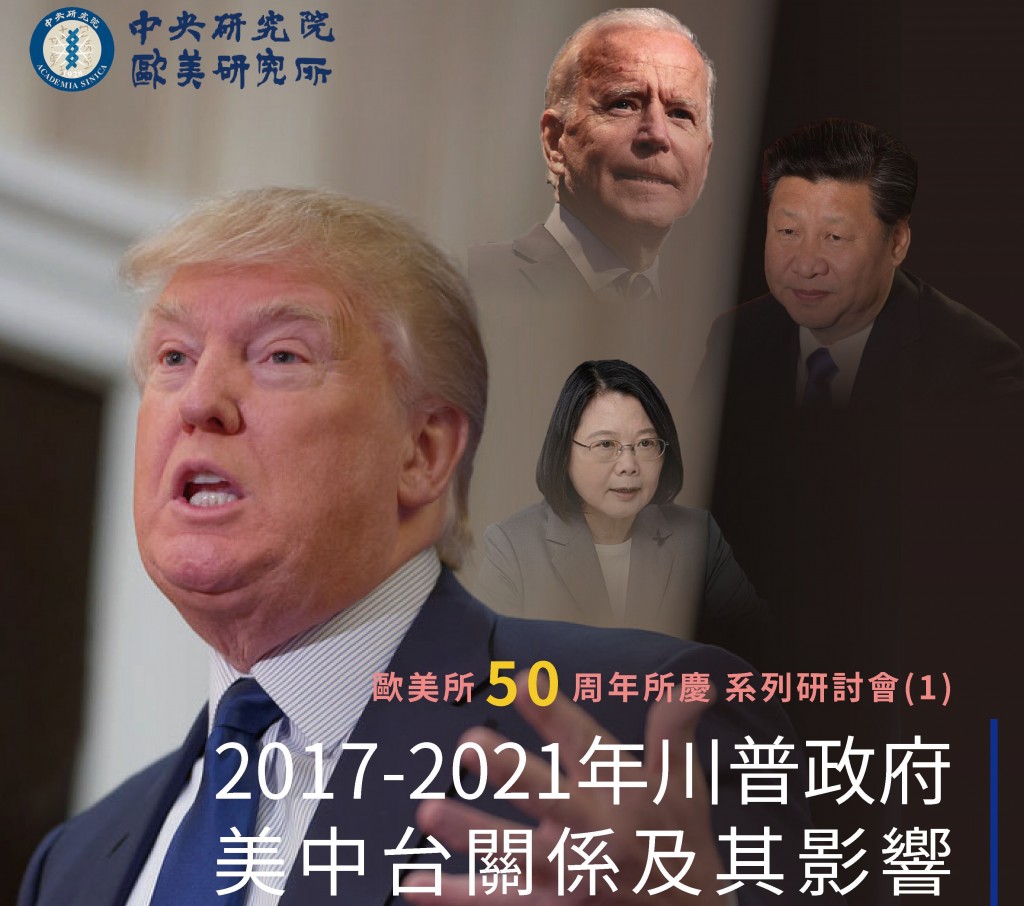 TAIPEI (Taiwan News) — A group of scholars analyzed the significance and impact of U.S. policies on the South China Sea (SCS) and Taiwan during an online seminar organized by Academia Sinica on Tuesday (March 22).

During the afternoon session of the two-day event, Sung Yen-hui (宋燕輝), a former researcher at Academia Sinica’s Institute of European and American Studies, gave a presentation on the constants and changes of the Trump administration’s SCS policy. He said that the administration was extremely concerned about China’s militarization of the SCS.

As a precaution, the U.S. implemented an “all-out” approach to counter China’s attempts at establishing regional hegemony, Sung said. Washington began emphasizing freedom of navigation operations and affirmed its intention to fly, sail, and operate wherever international law allows.

This facet of American policy never changed under Trump, Sung said. However, the way in which the U.S. countered China in the SCS went through many changes, including various political, diplomatic, and economic measures to apply pressure on Beijing.

He noted that the Trump administration coined the term “Indo-Pacific” by combining East Asia with South Asia to demonstrate its prioritization of the region as part of its foreign policy. Sung also said the U.S. intentionally did not take any stances regarding territorial claims in the SCS.

Chang Chung-yung (張中勇), a professor at Fo Guang University’s Department of Public Affairs, said Sung gave a very comprehensive review of Trump’s SCS policy. However, he said there are still many questions left unanswered, including whether American policy changes inspired the EU to adjust its own doctrine.

Chang also pointed out that while the U.S. was extremely critical of China’s brazen actions in the region and continuously lambasted the country for not abiding by international laws, the U.S. still has not ratified the United Nations Convention on the Law of the Sea.

Lin Cheng-I (林正義), also a researcher at Academia Sinica’s Institute of European and American Studies, discussed the pro-Taiwan laws passed during the Trump administration. He said that in the beginning of his term, Trump’s approach to dealing with China was considered to fit into the theory of “offensive realism,” which was in line with his “America first” policy.

Lin mentioned that Trump did not like to talk about Taiwan-related issues and was not personally supportive of the East Asian nation. His advisors and other officials were the ones who pushed for more U.S.-Taiwan exchanges, he said.

It was figures like then-Secretary of State Mike Pompeo and National Security Advisor John Bolton who encouraged then-U.S. Secretary of Health Alex Azar and Undersecretary of State Keith Krach to visit Taiwan in August and September 2021, respectively.

The three major Taiwan-related laws under the Trump administration are the Taiwan Travel Act, TAIPEI Act, and Taiwan Assurance Act, which Lin said created space for Taiwan-U.S. relations to expand.

In May 2020, the U.S. announced a new strategic approach to dealing with China, which Lin described as “principled realism.” This revamped strategy called for bilateral relations to be free, open, just, and based on the rule of law, he said.

Lin added that this change in approach coincided with the strengthening of U.S.-Taiwan relations.

Tsai Tung-chieh (蔡東杰), a professor at National Chung Hsing University’s Graduate Institute of International Politics, said he agreed with Lin’s points, as the laws were concrete indicators of the tenets of the Trump White House’s Taiwan policy. He added that the administration helped speed up policy changes.

Li Ta-chung (李大中), an associate professor at Tamkang University’s School of Strategic Studies, gave an analysis of arms sales under the Trump administration. He said that under the Obama administration, Taiwan still had to purchase weapons through the inefficient process of packaged sales.

This meant that the U.S. would place multiple weapons requests Taiwan had filed into a package and then propose a possible sale. However, once Trump took office, the process was reformed into a “rolling” style.

Under the Trump administration, there were 11 arms sales to Taiwan, totaling US$1.86 billion (NT$53.14 billion), according to Li. The weapons were focused on bolstering Taiwan’s asymmetric warfare capabilities, he added.

The professor also noted that the Trump administration included the Six Assurances along with the Three Communiques and the Taiwan Relations Act every time it defined its “one China policy.”

Sung Hsueh-wen (宋學文), an adjunct professor at National Chung Cheng University’s Institute of Strategic and International Affairs, said there are other intentions behind the weapons sales. He did not label arms deals to Taiwan as a good or bad thing but said there needs to be more research in order to pinpoint the U.S.’ true motivations for the sales.

The second day of the virtual seminar will feature topics including Trump's COVID and economic policies and their impacts on U.S.-China relations.