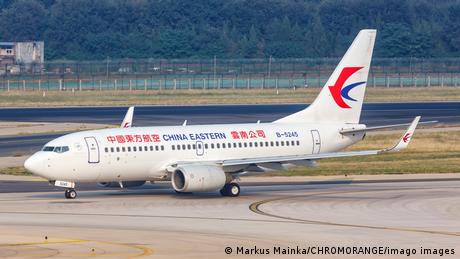 There were no immediate details about the number of casualties or the cause of the crash.

Rescue crews have been sent, and a fire around the crash site has been extinguished.

Videos on social media show what seems to be plane debris strewn around the hills.

The plane, a six-year-old Boeing 737-89P was flying from the city of Kunming to Guangzhou.

CAAC said the aircraft lost contact over Wuzhou. It had 123 passengers and nine crew on board.

Chinese President Xi Jinping said he was "shocked" by the crash. He told state broadcaster CCTV no efforts should be spared on search and rescue and to find out the "cause of the accident as soon as possible."

China Eastern gave a hotline number for relatives of those on board but released no further details.

Boeing said it was aware of the initial reports of the crash and was "working to gather more information.''

China's airline industry safety record has been among the best in the world over the past decade.

The country's last major plane accident was in August 2010.

In 1994 a China Northwest Airlines Tupolev-154 crashed in Xian, killing 160 people in what was the deadliest crash so far.

China Eastern is one of China's three major air carriers.